Conventional balance of power between India and Pakistan

A simple way to measure the conventional balance of power is to compare the size of the armed forces between the warring siblings. Currently, India’s armed force is twice as large as Pakistan’s; yielding a ratio of 2:1. 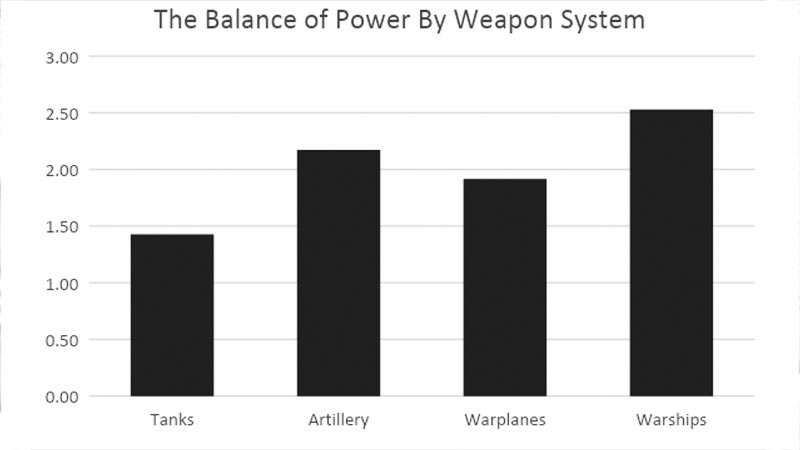 The ratio has hovered at 2:1 for the past two decades. During the 1965 war, it was 4.2. During the 1971 war, it had dropped to 2.5:1. Of course, in 1971, the ratio was heavily in India’s favour in East Pakistan. The Pakistani forces were worn out after months of fighting a tenacious insurgency and the troops had been flown there without their full complement of armour or artillery. They were without any air cover once the Indian Air Force had put the Dacca runway out of commission.

After 1971, Pakistan lost half of its population. So, the ratio of forces should have become larger. Instead, it got smaller. Pakistan felt very insecure after losing its eastern wing.

Is the current 2:1 ratio high or low? Whenever the issue is raised in any gathering of Pakistanis, a heated discussion is guaranteed, with some saying it’s high and some saying it’s low. Who is right? Can the debate be settled?

Possibly, by reviewing a 1989 paper by Chicago professor, John Mearsheimer. Writing in the authoritative journal, “International Security,” Mearsheimer said that between forces of comparable quality and firepower, the attacker will need a force, which is three times or larger if it wants to achieve a breakthrough i.e. the ratio between the attacker’s forces and the defender’s forces has to be 3:1 or higher to ensure success.

Conversely, if the ratio is much lower, say 2:1, the attacker cannot be assured of victory. History will not be on his side unless one or more of the following conditions are fulfilled: his troops are better trained, they have better armour, artillery, air and naval support, and they can pull off a surprise attack.

What is the basis for the 3:1 ratio? Several. First, the defender is more likely to inflict a greater number of casualties on the attacker than vice versa. Thus, he needs to only have a third of the strength of the attacker. Second, the defender is almost certainly going to have a better knowledge of the terrain in his country. Third, he will be fighting from known positions where he can conceal his whereabouts and fire at the enemy more accurately. Fourth, his supply lines will be shorter. Fifth, he will be able to create ditches and lay out mines and traps designed to steer the attacker into a killing zone. And, sixth, his civilian population is likely to be on his side (unless there is an active insurgency, as was the case in East Pakistan).

If the ratio is lower, the attacker will hit a higher number of casualties faster than the defender. His forces are likely to lose their unity and discipline and crumble, ceasing to be a fighting force.

How is the specific value, 3:1, arrived at? It is drawn from a detailed study of combat in military history. Mearsheimer said that the 3:1 value, often called the “Rule of 3 to 1,” is used not just by academics but by military officials around the globe. Most modern armies subscribe to it. For example, it’s cited in the US Army’s Field Manual 100, which derives it from a meticulous review of battles in history, war diaries, peacetime exercises and war games. He noted that the Soviet army preferred a ratio of 5:1 in personnel, 9:1 in artillery and 3:1 in tanks.

Mearsheimer says that between forces of comparable quality and firepower, the attacker will need a force, three times or larger if it wants to achieve a breakthrough

Despite the attainment of parity in nuclear weapons, and the induction of a wide assortment of delivery systems, the ratio of conventional forces between India and Pakistan has not budged from its 2:1 value. There has been no nuclear dividend. Here are the ratios by major weapon systems. None are 3:1 or higher. Thus, India cannot mount a successful attack on Pakistan. 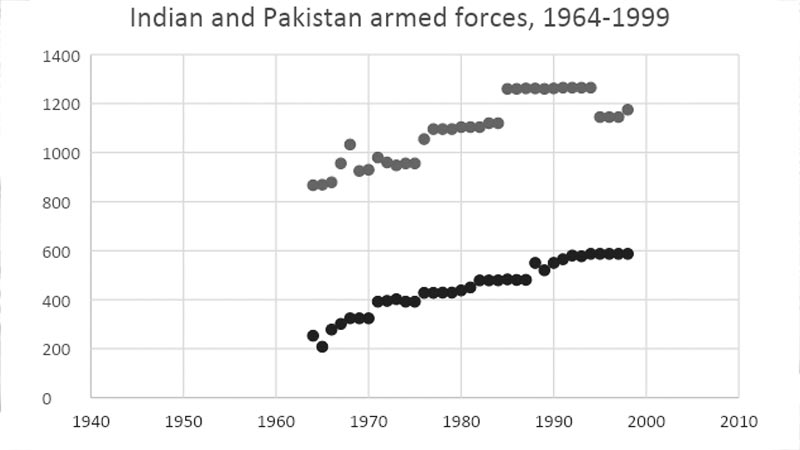 Pakistan should consider raising the 2:1 ratio to 3:1, maybe to an even higher ratio since it has reached nuclear parity with India (both countries have around 140 nuclear warheads). India has to deal with China, and Indian weaponry is both ageing and not well-maintained.

With a 3:1 ratio, the strength of the Pakistani armed forces would be reduced from 600,000 to 400,000 (approximately the number it had during the 1971 war). Personnel costs would go down proportionately. Some reduction would also be expected in the arsenal of weapons, allowing Pakistan to reduce its defence budget by 20 to 25 per cent. The money saved could be used to beef up developmental expenditures.

There is every reason to make the cut. It will not compromise national security. Indeed, it would raise it. Why? Because the money saved could be spent on cultural, social and economic development. National security is not comprised of military security alone, as evidenced by the collapse of the USSR in 1991. Overspending on defence can bankrupt any economy.

The British historian, Sir Michael Howard, wrote an authoritative paper in Foreign Affairs in 1979. He said that a nation’s security does not reside solely in the military’s combat effectiveness but in a complementary set of five dimensions that include political leadership, social cohesion, economic vitality, and strong foreign policy besides military strength. I cited Sir Michael in my book on Pakistan’s national security and it was echoed by the Abbottabad Commission of Inquiry.

Of course, some die-hard patriots will argue that Pakistan is a nation surrounded by enemies. The list includes not just India on the eastern border, but also Afghanistan, possibly Iran, maybe Israel and perhaps even the United States, an erstwhile ally. They will assert that these enemies are waging a hybrid war against Pakistan, that they have penetrated its porous boundaries, and that they are now operating freely inside the country looking for ways to break it up.

These concerns reflect a deep-rooted paranoia in national security policy formulation in Pakistan. How could a nation, any nation, have so many enemies?

And if that is indeed true, Pakistan does not have a military problem. It has a major foreign policy problem.