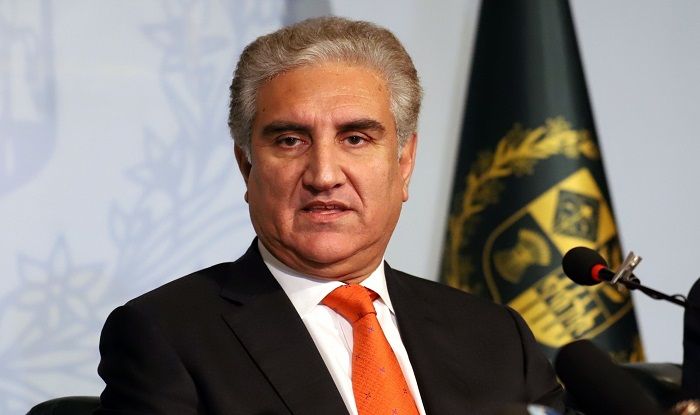 He stressed that countries could find solutions to many of their security-centric problems not in kinetic adventures, but in tangible economic collaboration.

The Foreign Minister was speaking here at the two-day international conference on ‘Belt and Road Initiative in the Changing Regional Dynamics’ organized by China-Pakistan Study Centre (CPSC) in collaboration with Power China at the Institute of Strategic Studies Islamabad (ISSI).

He said Pakistan fully recognized to the increasingly demand and inter-related security and economic challenges often went beyond the capacity of individual states.

“We, in Pakistan, therefore, have extended full support to the BRI as an effective implementation mechanism for creating a more balanced, multi-polar, inclusive, and multi-lateral architecture for our region and the rest of the world,” he said.

Rejecting skepticism among certain quarters who perceived the BRI as a political and economic threat, Qureshi said it was unwise to perceive this transformational project in a zero-sum perspective.

“The BRI would link the nations of Eurasia like never before and has the potential to convert any potential geo-competition into a positive force for the entire world,” he said.

He said that exclusive focus of global and regional powers on military dimensions in Asia could prove short-sighted, while BRI and its flagship projects like CPEC offered a ray of hope through inclusive and pluralistic solutions to make the world safer and prosperous.

He commended the Chinese embassy and Power China for bringing together a broad spectrum of scholarship from academia and think-tanks of China and Pakistan and said such dialogues were critical to cultivating better understanding and synergizing efforts to benefit from the connectivity initiatives like the he BRI.

He mentioned that in the past six years since its launch in 2013, the Belt and Road Initiative (BRI) had emerged as the single most effective instrument of globalism and international development cooperation.

He emphasized that true potential of BRI lied in having created an awareness about its relation to economic growth and development.

He said no other global initiative could boast of involving more than four billion people in Asian, European and African regions and bringing them hope of shared prosperity.

Qureshi said studies indicated that when completed, the BRI’s transport projects alone could reduce travel time along economic corridors by 12 percent, increase trade between 2.7 and 9.7 percent, increase income by up to 3.4 percent and lift millions of people from extreme poverty (World Bank).

He pointed out four immediate challenges confronting the region including US-China competition, the US-Iran tensions, instability in Afghanistan and an over-reaching and Hindutva-driven India, which he said posed threats for peace and security.

The foreign minister said CPEC, a flagship project of BRI, was the top priority of the government and mentioned that many energy and infrastructure projects after completion had injected dynamism into the process of economic development.

He said a CPEC Authority was in place to fast track completion of CPEC projects.

He said incentives had been granted to Special Economic Zones to encourage the Chinese and foreign investors.

The BRI, CPEC, and other connectivity initiatives were the most potent voices for globalism at a time when multilateralism was coming under duress.

Director General ISSI Ambassador Aizaz Chaudhry in his welcome remarks focused on the emergence of a new economic geography in the region with BRI playing a central role in creating opportunities for economic growth and development.

The conference was attended by development experts and scholars from Pakistan and China.