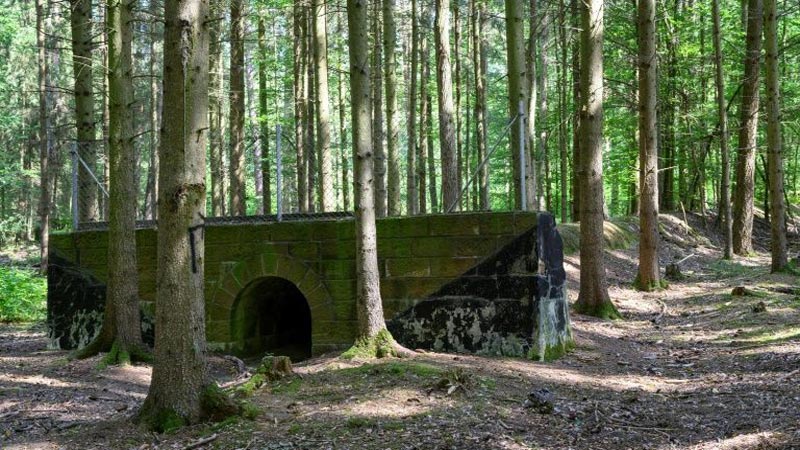 In the middle of a dense Bavarian forest, amateur historian Dieter Stockmann points to the ghostly shapes of an abandoned motorway from the Nazi era.

The remains of Route 46 have always been known about but the area was once “taboo”, according to Stockmann, who has studied the project for 20 years.

But today the site is drawing visitors and local authorities are clamouring to turn it into a full-blown tourist attraction — as another means of countering Nazi propaganda.

Juergen Lippert, mayor of the Gemuenden am Main municipality, where most of the road is located, organises around a dozen guided tours every year.

“During the tours, we dismantle the lies that are still now seen as true. For example, motorways were not invented by Hitler,” the 53-year-old said.

Stockmann, who also organises free tours for hikers willing to brave thorny bushes and nettles to see what is left of what would have been Germany’s longest motorway, said he has not encountered Third Reich fans.

Visitors in car-obsessed Germany are more interested in the technical challenges of building a motorway at the time rather than the Nazi links, he said.

Started in 1936, Route 46 was intended to show off Germany’s beauty — linking the ruins of a famous castle with the historic towns of Wurzburg and Fulda.

The 40-kilometre stretch was part of an immense project designed during the Weimar Republic to connect Hamburg in northern Germany with Lake Constance in the south.

Some 4,500 people worked on it, clearing a path through the trees and building bridges and drainage systems.

But, before the first asphalt could be laid down, the project was dropped in 1939 as it was not considered of strategic importance by the German army.

The workers left behind half-built structures that were gradually taken over by vegetation.

“Sometimes you really have to use your imagination to see what was built at the time,” said Stockmann, 60.

In the middle of a meadow, he pointed out a large concrete column that was intended to support a bridge.

It has now been turned into a climbing wall.

‘Easy to get lost’

Since starting his research, Stockmann has rifled through regional and national archives, met some 50 eyewitnesses from the time and published a book.

Today, the area is far from any major roads and the silence is broken only by birdsong.

It is difficult to imagine that it could have become a traffic-clogged thoroughfare.

“Over there is a spring that was intended to cool down engines,” said Stockmann, pointing to some water flowing into a ditch near a ruined bridge.

“Over here was a motorway stop,” he said, indicating an area with a no-access sign overgrown with weeds.

“The most important thing is that you don’t go too far. It’s easy to get lost here!” he said.