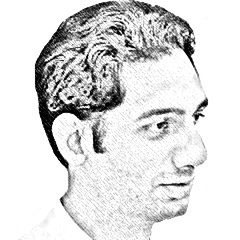 Scale of operations of Sovereign Funds worrisome. In the year 2017 Norway’s sovereign wealth fund (SWF) exceeded USD 1trillion in value signifying that countries have more financial muscle then private corporations. Apple and Amazon being enormous IT companies have exceeded this threshold. What is worrisome is that SWF’s tend towards inward investment and remain vulnerable to politically motivated investment decisions sometimes tainted with cronyism. A case in point is Malaysia’s 1MDB, which is currently being investigated in several countries for its alleged role in money laundering violations. In Turkey the government wrested control of the Turkey SWF in a controversial move.

On one hand through SWF’s the state can gain access to exclusive industry associations and forums making available a networking grid essential to attract foreign investment as the mantra of international markets remains irresistible. Some international advisors confuse SWF’s with prudential natural resource revenue management. At times investment banks insidiously influence governments to establish funds to ostensibly manage public wealth thus concerns over the clout of SWFs continue to haunt international financial analysts with one particular concern being imbalances in global markets on account of focused huge investment by countries with minuscule populations. The tiny emirate of Abu Dhabi, awash with oil revenues yet a population of 1.2 million people, controls a SWF worth over USD 683billion. Overseas funds like these may contribute for the creation of asset bubbles in international financial centers like London and New York.

known as the 1MDB was launched in 2009 as a way to strategically handle wealth and to catapult Malaysia’s economy into the high income bracket. Investors ,leading international banks such as Goldman Sachs and Deutsche Bank and1MDB raised billions of dollars for projects and joint ventures. However debts piled up and became unmanageable eventually compelling Malaysia’s government to discreetly repay 1MDB’s debt obligations. Red flags were raised in 2015 when it missed payments due for some of the USD 11 billion it owed to banks and bondholders .

Around this time reports emerged that the Malaysian Prime Minister digitally acquired USD 681million into his personal bank account through clandestine transactions in which cash was juggled in bank accounts to blur its origin spurring Swiss and Singaporean regulators as well as the US Department of Justice to initiate a probe at global level of 1MDB to plot the movement of cash allegedly siphoned out of the SWFto acquire prime real estate in the West.

Goldman Sachs bank is alleged to have earned a staggering USD 600million in fees for arranging and underwriting three bond sales to raise USD 6.5billion for 1MDB in 2012 and 2013 with the Malaysian government demanding the bank to cough up USD 7.5billion in reparations. Goldman Sachs a financial empire in itself faces criminal charges in Malaysia as another event in a global financial saga.

Anxiety is inherent in the call of business and regulations controlling a bank’s exposure to risk whilst being tasked with ambitious growth targets. This scenario plays out in banks all over the world and one or the other priority prevails

The 143 year old Swiss bank of the BSI group and the sixth largest expanded overseas during the 2000’s into high growth markets of Asia, Eastern Europe, the Middle East and Latin America. As a strategically significant financial epicenter it opened a Singapore subsidiary in 2005 numbering amongst its clients high net worth individuals, family owned companies, SWF’s including 1MDB. In 2011 Singapore’s monetary authority and financial regulator inspected the bank and detected policy and process lapses and weak enforcement and control. Another inspection in 2014 revealed serious shortcomings in BSI Singapore’s due diligence conducted on assets purportedly underlying the investment finances ultimately embroiling BSI in regulatory investigations centering around 1MDB .

Balance between the demands of business and regulations

Anxiety is inherent in the call of business and regulations controlling a bank’s exposure to risk whilst being tasked with ambitious growth targets. This scenario plays out in banks all over the world and one or the other priority prevails. BSI appears to have prioritized customer demands in its pursuit of growth conveniently sidestepping compliance and internal controls replicating the Western banking and financial system collapse in the year 2007 -08 due to lack of effective oversight of non compliance sometimes arising from a dereliction of duty when banks such as BSI failed to carry out due diligence or to vigilantly monitor transactions.

Is Employment generated from Foreign Investment

The corporate scandals of Pakistan pale into insignificance on a scale of global movement of funds compared with the scandals involving Malaysian, Singaporean and Swiss banking and regulatory institutions. Saudi investors should be cultivating domestic industries to generate employment opportunities for their urban educated class and diversify exports earnings rather then scooping USD 3.5billion Uber or Western hi-tech companies. On the same analogy Pakistan needs to orient its policies towards private investment rather than state sponsored investment to generate employment in the corporate sector.

The author Razeen Ahmed researches in the areas of finance and energy. Nadir Mumtaz reviewed the article