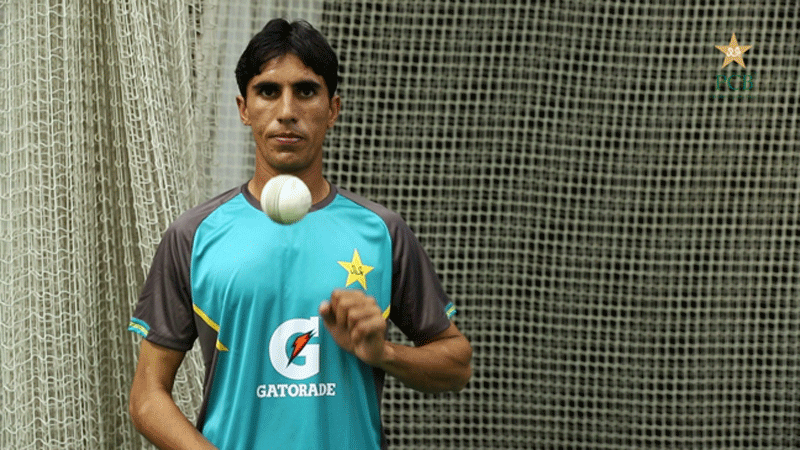 ISLAMABAD: Karak-born left-arm pacer Akif Javed has made a big impression already in a very short domestic career. Akif, a discovery of the NCA Remote Areas Programme has made his way to the Pakistan team set to take part in the ACC Emerging Teams Asia Cup that will be played in Bangladesh later this month. The 19-year-old Akif was born in Karak which is a remote town some 130 kilometres away from Peshawar. Cricket, like the rest of the country is the most popular sport here and youngsters are seen playing cricket on large fields and grounds across the area. Akif, started playing like most of the boys in the area, his talent, skill, persistence and determination provided him rich rewards in the shape of his selection for the Remote Areas camp that was staged at the prestigious National Cricket Academy in Lahore.

Akif had some big challenges to overcome; he had to help his father as a shopkeeper in order to make ends meet for his family. Akif used to work at the shop yet pursued his dream of becoming a cricket star in his spare time. As a kid and then as a teenager he played tape-ball cricket with his friends on the streets and grounds of Karak. His life changed last year when on the insistence of his friends, he started playing with the cricket ball. Akif made a big impression in the recently concluded National T20 tournament in Faisalabad where he accounted for some big scalps; overall he took nine wickets in seven games including figures of three for 16 in one game for Balochistan. His side narrowly lost the tournament final to Northern.

Akif Javed on his early days, National T20, selection and favourites: “I was inspired by Shoaib Akhtar and started playing cricket as I wanted to emulate his feats. I entered the National T20 with the aim of becoming the fastest bowler in the world, I am happy with my performance in the event. My most memorable wicket of the tournament was Mohammad Hafeez’s. “My mother informed me of my selection in the ACC Emerging Teams Asia Cup squad; she like the rest of my family is very happy and is praying for my success. Among the present lot, Mohammad Amir is my favourite bowler; I want to swing the ball like he does at a good pace.” Akif impressed the coaches at the NCA, while training under the Remote Areas Programme.

He gained speed, accuracy and learned the nuances of bowling at the highest level under the NCA coaches. Akif praised the coaching staff at the NCA for their contribution in his growth as a player as well as his improved fitness. Akif on NCA coaches: “The coaches at NCA worked really hard with me. I was taught about the basics of bowling and that helped me immensely in my performances in the National T20. I was also told about the importance of fitness and the training that I did at the academy has been of great benefit. The Remote Areas camp helped many youngsters like me and we might see many other stars emerge from these activities in the future.”

Akif has made rapid strides in a very short time, not long ago his family used to dislike his interest in cricket but his performances in the National T20 and his selection in the Pakistan team for the ACC Emerging Teams Asia Cup has changed their perception, he now has their backing and prayers as he begins the pursuit of what promises to be a hugely rewarding career. Pakistan’s squad for the ACC Emerging Teams Asia Cup has a strong pace bowling attack which besides Akif includes Mohammad Hasnain, Sameen Gul and Amad Butt.