From the Wakhan Corridor to Gwadar and from high altitude mountains to the Thar Desert, varieties of natural, cultural, historical and exotic foods tours lure visitors to Pakistan from many regions of the world. There are very few countries in the world that can offer deep blue seas, deserts, lush green valleys, hills, sky-touching mountains, lakes, rivers and glaciers in one single region. There are very few countries in the world where you can experience all kinds of weather at one time and in a single day. These features are making Pakistan a unique country for tourists.

Mountains are the pillars of our planet earth. They surround uncountable beauties, from their top to bottom, and each mountain has its own significance because of its height, location, expansion and geological importance. Three of the world’s tallest mountain ranges meet in Pakistan, making it a mountain junction.

The Himalayas is the mountain range that includes many of the highest mountains of the world. On the eastern side of the Himalayas, the world’s tallest mountain Everest stands in Nepal. Its ninth highest peak, Nangaparbat, on its western end, honours Pakistan near Gilgit. The Karakorum Range, on the northeast of Pakistan, is the home of four eight thousand metres high peaks, including the world’s second highest K-2 (Chhogori), and twenty-six other peaks that reach the altitude of seven thousand plus metres. The Karakorum Range is a heavily glaciated mountain range, covering approximately twenty-eight to fifty percent of the fifteen thousand square kilometres of the range. Out of the seven longest non-polar glaciers, four-Siachen, Biafo, Baltoro and Batura-are in Pakistan.

Out of the seven longest non-polar glaciers, four-Siachen, Biafo, Baltoro and Batura-are in Pakistan. In summer, areas of Gilgit, Skardu, Astore and Chitral fascinate hikers and mountaineers

The Hindu Kush Range, dividing Pakistan from Afghanistan on the northwest of Pakistan, is another juncture of five seven thousand meters plus peaks, including the Tirich Mir in Chitral.

The Hindu Raj Mountain Range is between the Karakoram and Hindu Kush ranges; its highest mountains are Koyo Zom, Boni Zom (Chitral), Ghamubar Zom (GB) and Gul Lasht Zom. The Falak Sher (Kalam) is also a part of the Hindu Raj Range. Downward from northern areas, the Toba Kakar Mountain Range is a southern offshoot of the Himalayas in the Balochistan region, near the border with Afghanistan. The historical route through the mountains is known as the Bolan Pass.

The Salt Range extends along the south of the Potohar Plateau and the north of the Jhelum River. The Salt Range contains the world’s second largest saltmine in Khewra. Kalabagh and Warcha are other big sources of salt extraction. Coal of a medium quality is also found in this range. The Gorakh Hill and the Kirthar Range, situated at the border of Sindh and Balochistan, are easily accessible from Dadu, Sindh. 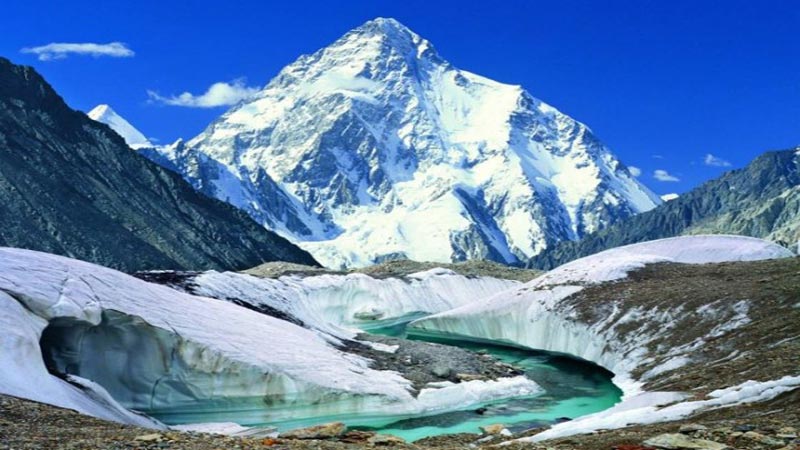 All these ranges play a vital role in the enhancement of tourism in Pakistan. In summer, areas of Gilgit, Skardu, Astore and Chitral fascinate hikers and mountaineers. They are also great for families to visit. After change of weather in northern areas, the beauty of the Thar Desert and the cool breeze of coastal areas lure the nature lovers. People also rush towards Murree and Nathiagali nearest to enjoy snowfall and extreme cold weather. In the summer season, Gilgit, Hunza and Nagar are the best visiting places for families. Gilgit, the gateway of Chitral and Hunza, is situated at the brink of three mighty ranges: Karakoram, Hindu Kush and Himalayas at Jaglot. In Gilgit, we can visit the Naltar area that has beautiful lakes with crystal clear water famous for its corals.

From Gilgit, it is a viable jeep journey towards the Phandar Valley. Before reaching Chitral, spending a night at the Shandor Pass (Shandor Lake) is a great idea. The trek is marvellous, and has beauty of different colours and shades of nature.

Back to Gilgit, one moves towards the Hunza valley, also a gateway of Atta Abad and the Nagar valley. Rakaposhi, Deran, Ulter and Ladyfinger peaks are visible from Hunza. Other than the Lady Finger Peak, the rest are situated in the Nagar valley. The Baltit Fort, built in the 8th century, and the Altit Fort, built in the 11th century, are huge assets of the Hunza culture.

In the past, from Hunza to the Khunjerab Pass, travelling was only feasible in the summer season, but after the construction of tunnels, this road is open the whole year. Foreign tourism increases in the winter because of Ibex hunting, which is allowed if the hunter has a licence. The Attabad Lake, formed in 2010 as the result of a massive landslide, is now one of the most visited and picturesque areas for tourists in Hunza and the Gojal area. It is the hub of family tourism. The journey from Hunza to Khunjerab has marvellous scenic beauty, Passu Cones, Husaini Bridge, Borith Lake and many snow-covered peaks that you discover while travelling. The Khunjerab Pass is the world’s highest international border where there is snowfall even in the summer season.

The Nagar Valley is the real beauty of Gilgit-Baltistan. Almost all high altitude peaks stand in Nagar, and are also visible from the Hunza valley. Here is situated the Hopar Glacier, a scenic portion of the Nagar Valley. It is about ten kilometres away from Nagar Khas, the principal city of the Nagar Valley. The Hopar Valley is the home of the Spantik and Hopar glaciers. From the Hopar village, trekkers used to move towards the Rush Lake, the highest alpine lake in Pakistan. One can enjoy some local dishes like Chhap-shoro, Molida, Ghulmandi, Grall, Bath and Prapoo.

Never miss Minapin that is situated in the Nagar valley and is the gateway of the Rakaposhi base camp and the Deran Peak.

From Hunza to Gilgit is a pleasant journey, but if you want to go to Skardu by bus, car or jeep, it is not recommended because of the expansion of the Gilgit-Skardu Highway. It takes too much time to reach Skardu, and it is better to travel by air from Islamabad to Skardu. If by road from Gilgit, it is much better to go there via Astore and Deosai by jeep until the road between Gilgit and Skardu is completed.

Once you reach Skardu, relax there and be ready to explore the Khaplu and Shigar valleys. For visiting Deosai, the beauty of Satpara Lake forces you to stop there for a few moments. From Skardu to reach the Satpara Lake, it takes a few minutes as it is situated at the Deosai Trek. While at Deosai, many tourists prefer to visit the Sheosar Lake, situated at the other corner of Deosai; it is very easy to reach Astore through Chilam Chowki. This journey also has unforgettable scenic beauties. At Deosai and the Sheoser Lake, staying and camping are suggested in the areas of Kala Pani and Barra Pani, which are considered safe from wild animals including brown bears. Visiting Deosai takes just a single day of travelling. In Skardu, never miss the Buddha Rock, which is only on a twenty-minute walk from the Skardu city towards the Satpara Lake.

Like Gilgit and Astore, Skardu too is the gateway of Baltro and other glaciers. If you go to Shigar Valley, you will enjoy at the Hidden Lake travelling in the sand dunes at the Shigar River. In Shigar, the centuries-old Shigar Fort, Amburik Mosque, Khilingrong Mosque and Hanqah, around five hundred years old, are fascinating, and you feel proud of your oldest heritages. The Shigar Fort is an old fort of Baltistan; it was built in the 17th century by the raja of Amacha of the dynasty of Shigar. From Shigar, the Askolevillage is just 78 kilometres away but it takes seven hours by jeep to reach there. The Askole valley is the main entrance of the Baltro Glacier; K-2 and other high peaks like Masherbrum, Gisherbrum, Baltorso Kangriare situated there.

The other road from Skardu leads to Khaplu, Hushay and Giyari, now open for tourists. Khaplu is a district headquarter, and is famous for its Khaplu Fort, the eight hundred year-old Chaqchan Mosque and Dera Mir Muhammad, big attractions for local and foreign tourists. Lying between Khaplu and Skardu, the Kharmang Valley is a unique place that you should never miss. The Manthoka Waterfall gives you a strange feeling of how a barren mountain is carrying millions of tons of water.

The writer is a Lahore-based journalist, and has been travelling in and exploring Pakistan since 1985 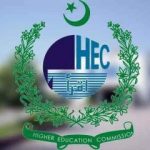