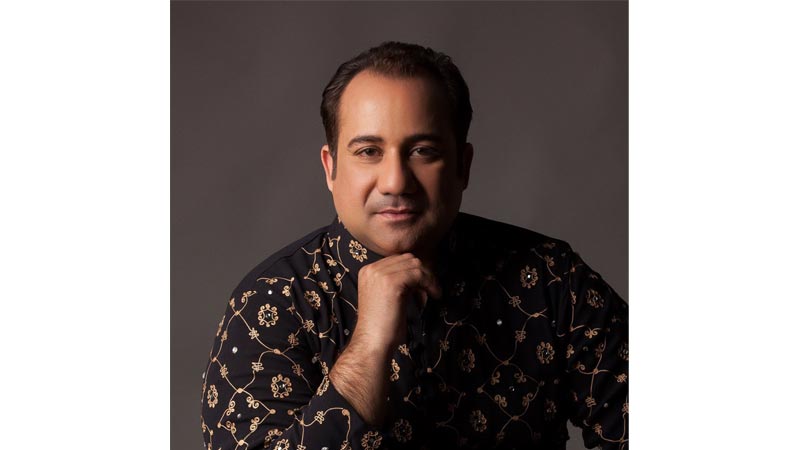 Legendary Pakistani singer and Qawwal, Ustad Rahat Fateh Ali Khan, added a magic of fusion to enthral his audiences in his latest, sold-out concerts in the United States and the United Kingdom.

Rahat Fateh Ali Khan, in a concert in the US and three others in the UK, branched off from his usual film and Qawalli music and devoted nearly half of his shows for fusion musicians from Pakistan, bringing his loyal fans to the feet.

The fusion musicians included celebrated drummer Gumby, electric guitarist, Mohsin Raza Shah, and the famed violinist duo, the Leo Twins. Shah brought the rock element to his shows while the Leo Twins – with their unique violins and guitars – took the concert to a different territory of rhythms, sounds, and riffs.

Khan’s global promoter and manager, Salman Ahmad, commented that bringing over the fusion musicians had two main objectives. “It was to showcase to the world the amazing talent young Pakistani musicians have; to give global exposure to our new artists and to tell them how good our musicians are and how diverse their approach is.

“I am glad that the fusion segment was received so well by the followers of Rahat Fateh Ali Khan,” said Salman Ahmed.

Shah brought the rock element to his shows while the Leo Twins — with their unique violins and guitars — took the concert to a different territory of rhythms, sounds, and riffs

Gumby, the music producer and drummer, said he teamed with a group of musicians to jam in Karachi for nearly a year to come up with the fusion arrangement.

“We have out in a lot of effort into this. We then presented our idea to Rahat’s management team and they liked it and our bond started earlier this year for the professional production,” Gumby added.

Shah, lead guitarist, informed that touring with the Qawwal has been a dream come true. “I’ve been playing guitar from the better part of my childhood to now. I joined Ustaad Rahat Fateh Ali Khan Sahabs line up in October 2018.

“Truly honoured to have played a show in Wembley and other major venues,” the 21-year-old said. “Wembley is to musicians as what Lords is to cricket players. A dream come true and truly an honour to have been a part of this line up.”

Leo Twins said they were overjoyed to be part of the band. They said that their segment was received extremely well and they would hope to continue repeating the same piece for some time.