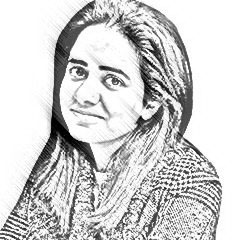 The analysis of different phases of Chinese leadership indicates the key factors that have shaped the Chinese National Security Policy over the years. According to John Garnett, states learn by experience and from history. Xi Jinping’s well known idea of “China dream” calls for the “great rejuvenation of the Chinese nation” – and an ingredient of that also involve re-claiming of Chinese controlled territories which it believes were taken forcefully or “stolen” by other foreign powers in the region during periods of its frailty. The question here is that will China under the leadership of Xi Jinping (who has a Chinese Dream of taking China back to its days of glory), rise/develop peacefully? What will be Chinas’ future course of action? Is it going to challenge the status quo of the present international system or not?

According to PRCs official version, China vigorously pursues an independent foreign policy of peace and a national defense policy that is defensive in nature. China opposes any form of hegemony or power politics, and does not interfere in the internal affairs of other countries. China will never seek hegemony or behave in a hegemonic manner, nor will it engage in military expansion. China advocates a new security concept featuring mutual trust, mutual benefit, equality and coordination, and pursues comprehensive, common and cooperative security. It is a strategic task of China’s modernization drive as well as a strong guarantee for China’s peaceful development to build a strong national defense and powerful armed forces which are proportionate with China’s international standing and meet the needs of its security and development interests and enable it to defend national sovereignty, security and territorial integrity.

Xiaoping (China’s Paramount Leader from 1978-1992) before retiring left a set of maxims for the guidance of his successor and future generations. He said, ‘Observe carefully; secure our position; cope with affairs calmly; hide our capacities and bide our time; be good at maintaining a low profile; and never claim leadership’. Based on this, many analysts have argued that PRC is hiding its capabilities and biding time. Though the official Chinese stance rejects this notion and regards it as a ‘groundless suspicion’ and maintains that PRC would never claim hegemony as maintained during the rule of Jiang Zemin and Hu Jintao. Dai Bingguo (the highest ranking official overseeing PRC foreign policy) has endorsed this official discourse by maintaining that ‘the peaceful development of PRC is neither a ruse by which it hides its brightness and bides its time nor a naive delusion that forfeits China’s advantages.

From isolation to wider contact, to deeper integration into the international community, China now sees her mutual understanding with other countries increasing, and her interest more closely converging with the rest of the world

Rather its China’s genuine and enduring policy that serves its interest and comports with international globalized structure and strategic situation’. He further elaborates that China is still not in a position to be boastful or arrogant because it still faces several challenges domestically. China is seeking a democratized and equality based international system and is not going to claim hegemony ever. Over the past 60 years, China’s relations with the world have undergone historic changes.

From isolation to wider contact, to deeper integration into the international community, China now sees her mutual understanding with other countries increasing, and her interest more closely converging with the rest of the world. After its estranged relations with USA, Russia, India, Japan and others in the past, PRC is now following the policy of engagement and economic cooperation. Cooperation with US on matters like Terrorism and economic and trade relations after the three joint communiqués have set a new trend in bi?lateral relations where both states are focusing on their corporate interests rather than highlighting the ideologies or domestic political values they adhere to. With India, PRC has normalized its cultural and economic ties despite its territorial disputes with the former. With Japan, the hostility still remains, while with Russia, the relations have been improving continuously since the demise of USSR. China is also focusing on its relations with the developing world. But meanwhile it is focusing on strategic modernization agenda, readiness to play its part for bringing peace in Afghanistan and with Xi Jinping (with a dream to rejuvenate China) as the core leader of 5thleadership collective, the world should prepare itself to see China as a more active player in an international politics.

The writer is PhD Scholar at SPIR, QAU and author of ‘Baluchistan Conundrum’