The curious case of stupas and watchtowers 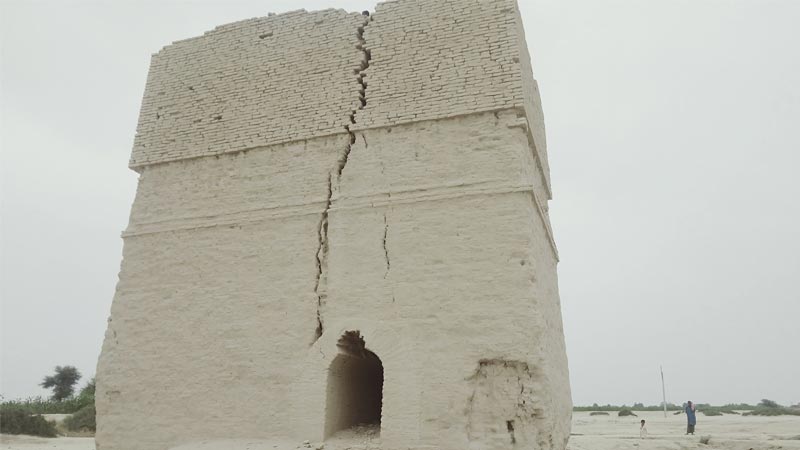 Rapid urbanisation and arrival of satellite television channels, mobile phone technology and road networks in most remote areas of Pakistan have brought and continue to bring a sea of change in the old way of life all around the country but there are some areas where the old culture and way of life is still intact.

Kachho a semi desert area in Dadu District of Sindh province of Pakistan is treasure trove of culture, archaeology, old traditions. Kachho houses several archaeological sites including 50 ancient graveyards, caves where human lived in these in prehistoric times, Gorakh Hill station, Asia’s largest fresh water reservoir Manchar lake and host of natural fountains and other natural beauty sites make Kachho as one of untapped local and international tourist heaven. But network of five stupas or watchtowers constructed in straight lines from north extreme of Kachho to south extreme are one of wonderful old structure.

No comprehensive research has been done on these structures and controversy looms around their origin and relation.

Writer Aziz Kingrani has taken up this issue in his writings, quoting Chachnama an authentic ancient writing and Dr Nabi Bux Baloch. He maintains that Sindh had remained a Buddhist pugrana spreading from Sehwan to Sibi, Balochistan.

To further support his argument of these structures being stupas or worship places of Buddhists, Aziz Kingrani writes that the stupas are the main religious symbol of Buddhism. Kingrani also quotes the late monk and scholar Xuanzang but in references writings there is no clear mention of these structures as being called stupa or worship places of Buddhists. This needs research. The esteemed writer also claims that “Buddhists lived here till Soomara’s dynasty” and rejects another opinion about these stupas work as watchtowers. He writes, “They think that these are watchtowers built on the ancient way for travellers or trade caravans, as they might have not done any mistake to reach up to their destination.”

The local people have ravaged this historical site by digging its base and roof. The local shared with this writer that people thought that there might be gold buried in base and in roof top, thus they dug it from different sides, particularly from its base and roof top but found nothing. Besides ravaging by locals, the weather has also played havoc with this beautiful historical place. Constant rain had washed away its mud made parts and staircase.

Writer Aziz Kingrani has taken up this issue in his writings, quoting Chachnama an authentic ancient writing and Dr Nabi Bux Baloch. He maintains that Sindh had remained a Buddhist pugrana spreading from Sehwan to Sibi, Balochistan

People still climb its roof top with difficulty. This writer also climbed the roof top of this stupa or watch tower and took view of the surroundings and it was easier to see beautiful view of whole Kachho and at night one may clearly locate lights of Johi town and other surrounding villages and towns. Nearby this stupa or watch tower stand remains of demolished walls and two wells. Aged locals present there said that the demolished walls are of a brick kiln from which bricks were used in constructing of wells and perhaps the structure called stupa, watch tower or Tulh (in local language). Both wells are paved with beautiful long but thin backed bricks very artistically. On one brick of first well, year 1338 Hijra is carved which is equal to 1918 AD. This well is still functional and beside it is a sabeel (drinking water point for travellers). The local drag water from the second functional well, fill the mud made pitchers and put these in thick shade of Jaal tree as drinking water point for travellers and grazers of cattle. Another well located few steps in south had dried up few years ago and according to locals, this dried well is older than functional well. From year of construction of the first well that is 1918 it is clear that the first well was built during British era by government or local Muslim or Hindu philanthropists as was common during that time, that well to do Muslims landlords and Hindu traders funded digging of wells, travellers rest houses, watering and shed structure for animals and orphanage homes. Moreover it can also be speculated that the watch tower at Hero Khan and others at different points were constructed during British era to guide travellers and trade caravans as there were no road networkers, electricity and other technology to point out location to the travellers and trade caravans using camels who travelled day and nights and halted for rest and food at different halting points. Certainly 50 feet higher structure with strong fire on top might had been clear indicators for the travellers and trade caravans. Furthermore these structures built in straight line from North to west of Kachho are located on different old routes and current main roads networks. The watch tower near Mazar Bhurgri is near the present Dadu-Kakar road at total distance of around 50 KMs from Dadu and around 26 KMs from Johi which is on half distance of Nia Gaj Bunglow and a route leading to Blaochistan from Khirthar mountain range. Hero Khan Watch tower is also near this village that is historical trading and halting point to the road leading to Balochistan through Khirthar Mountain passes. Similarly watch tower near Village Tulh is also at middle point of distance between Johi and different passes from Khirthar range. Thus the idea of these structures being watch tower is stronger. Mr Abdul Fatah Dahri, a local expert of Kachho’s history and geography is of the view that these structure might be watch tower cum showing measurement of sea level. He is of the view that as British worked on infrastructure, geography and many other disciplines, they might have measured sea level and constructed these structure for indicating sea level at different points. 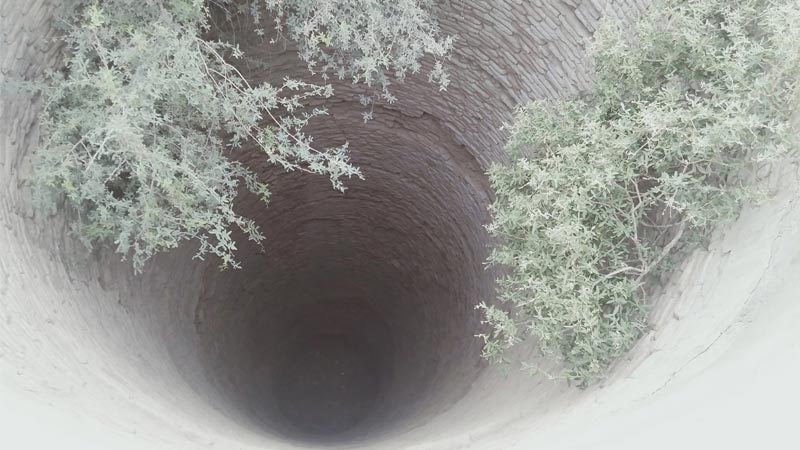 The Tulh near Fareedabad, Larkana, Sindh being 1,500 years also did not match the age of most of these structure as locals pointed out period of their construction during British area and observing the structure closely, it is highly doubtful that these structure date back to 1,500 years. But these are just guesses based on verbal statement of aged people. Now the carbon test technology has made it easier to determine the ancient status of the historical and archaeological sites. But more important is perseveration of these and other sites which besides a great sources of history are precious cultural heritage and by preservation and promoting these sites, national and international tourists can be attacked which will enhance soft profile of the country and additional livelihood for the often drought hit people of the area.