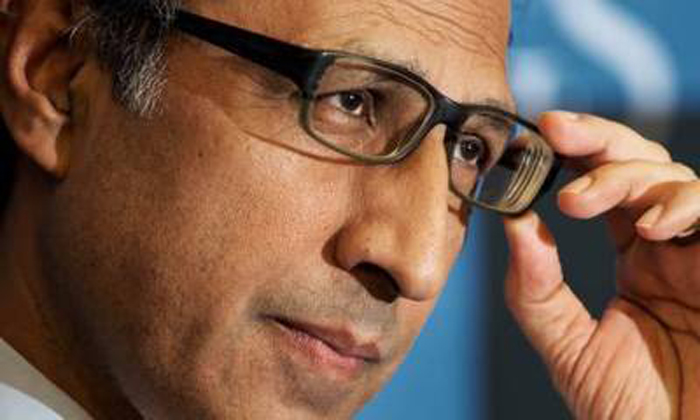 Adviser on Finance Hafeez Sheikh has said Pakistan attaches great importance to its relations with Qatar.

The Qatari envoy said that the investors of his country desire to invest in the hotel industry and real estate sector of Pakistan.

During the meeting both the sides agreed to further expand relations in different fields including economy.

The Qatari envoy also extended an invitation to the Adviser on Finance to attend the Doha Forum to be held next month.

In another development, Qatar and Pakistan have stepped up their efforts to strengthen and expand bilateral co-operation, particularly in the fields of trade, investment and industry, transport, energy, education, science and technology, finance, tourism and infrastructure

This was discussed at the fifth session of Pakistan-Qatar joint commission in Doha. It was co-chaired by HE Ali bin Ahmed al-Kuwari, Minister of Commerce and Industry and Omar Ayub Khan, Federal Minister for Energy (Petroleum) of Pakistan. The co-chairs also held a bilateral meeting on the sidelines of the joint commission.

Both countries looked at a long-term and sustainable partnership on equal footing to explore new areas of co-operation for encouraging trade and investment relations. The joint commission urged private sectors from both countries to establish mechanisms aiming at promotion of bilateral trade

Both sides emphasised on the importance of activating the Qatari-Pakistani Joint Business Council. It was agreed to finalise holding the meeting of joint working group on trade and investment based on the memorandum of understanding signed in June 2019

The joint commission also encouraged establishing trade fairs and exhibitions in both countries with the aim of introducing manufactured goods and products of both countries.

Discussions were also held on enhancing employment opportunities for highly skilled and professional manpower from Pakistan into Qatar. The two sides also discussed co-operation in aviation and culture. Meanwhile, Dr Abdul Hafeez Shaikh said that Pakistan values the financial and technical support provided by the World Bank for the institutional reforms and economic development of the country.

She oversees a portfolio of nearly $30 billion of operational and policy work. She was accompanied in the meeting by Mr Illango Patchamuthu, Country Director WB.

During the meeting, the Adviser appreciated the support being provided by the World Bank to Pakistan and highlighted the government’s focus on expediting speedy rollout of the World Bank pipeline of projects and actions being taken in this regard.

Ms Ceyla Pazarbasioglu appreciated the economic reforms program initiated by the Government to stabilize the Pakistani economy and accelerate broad-based growth. The World Bank team also congratulated the Adviser on the improvement on the ranking of the Ease of Doing Business (EODB).

The World Bank team discussed with the Adviser the Resilient Institutions Strengthening Program (RISE). This includes an integrated Debt Management office in the Finance Division. The meeting also focused on areas of harmonization of tax regime, circular debt strategy and National Tariff policy matters. The World Bank team apprised the Adviser on World Bank assistance being provided to harmonize the sales tax across Pakistan to further improve the business environment and enhance revenue collection.

In this regard the Adviser was also updated on the progress under the US$ 400 million Pakistan Raises Revenue Project which aims to strengthen the Federal Board of Revenue’s (FBR) and create a sustainable increase in Pakistan’s domestic tax revenue. The project will target raising the tax-to-GDP ratio to 17 percent by financial year 2023-2024 and widening the tax net from the current 1.2 million to at least 3.5 million active taxpayers. The project will assist in simplifying the tax regime and strengthening tax and customs administration. It will also support the FBR with technology and digital infrastructure and technical skills. The Government has set improving tax revenue with low compliance costs as a high priority.