An actor with six-pack abs cannot fit every character: Ehteshamuddin

* 'I grew up in a time when theatre was at its peak,' the director and producer says 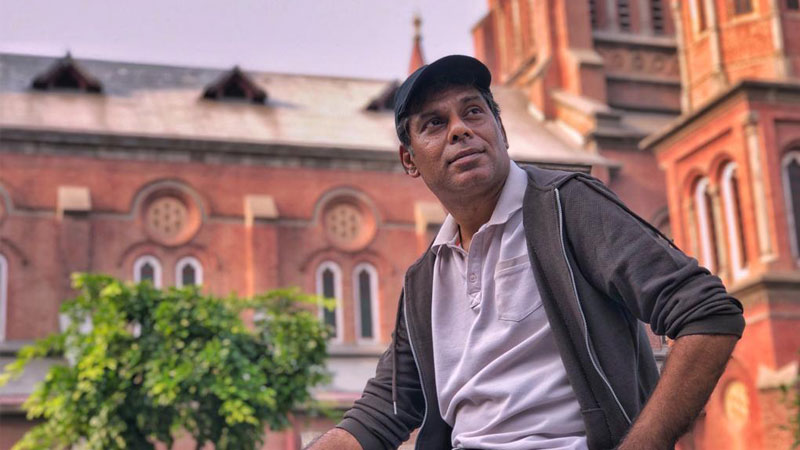 We seek inspiration from legends on screen but many thrive behind the lens too. Mohammed Ehteshamuddin, Pakistan’s veteran director, has created a niche for himself in Pakistan’s showbiz world.

Known to bring dead stories to life, we bear witness to some of his prolific works in television. In an exclusive with Daily Times, Mohammed Ehteshamuddin dishes on his career and the forthcoming projects ‘Dum Mastum’ and ‘Feron’.

What is your story?

I grew up in a time when theatre was at its peak. Khawaja Mohiuddin was an esteemed playwright who presented us with many acclaimed plays. I got the chance to see actors rehearse for theatre productions and grew fond of it myself. I, along with my friends recreated Khawaja Mohiuddin’s famed drama; the original cast of the production came to watch us perform.

In 1997, I received training from the pioneers of PTV through the Pakistan Television Academy, who taught a selected lot of theatre artists a course on television production. In 2005, I wrote and directed a film Shahrukh Khan Ki Maut, which received critical acclaim. The movie entered the South Asia and Mumbai Film Festivals. I followed its success with additional films but people dubbed them as dark and not commercially relevant.

I had been working with Sultana Siddiqui before she founded Hum Television. I decided to give dramas a shot and eventually directed Aseerzadi followed by Sadqay Tumhare, Udaari and Aangan. This year, I had the opportunity to direct a film, Superstar having previously acted in Chambaili, Maalik and Actor-in-Law.

From direction, production to writing and acting, you seem to have tried out everything. What draws your attention the most?

I enjoy theatre and storytelling, be it for any medium.

Tell us about your upcoming ventures.

There are a few in the pipeline; I have signed my next directorial film Dum Mastam, which you will get to watch next year. My upcoming drama Feron is also underway.

A project you deem closest to heart.

I own everything I set my mind to. It all comes from my heart. Some of my plays did exceedingly well while others failed to achieve their mark. If I were to select one, I would say Udaari. I consider it special because it depicts a grave social evil, child abuse. PEMRA decided to ban it but the viewers unwavering support got the drama up and running.

My other play Aangan could not achieve massive success owing to policy constraints. It was not accessible on YouTube, and people gradually lost interest. Maybe in the coming years, we will realize Aangan’s due importance.

How do overcome a professional setback?

It is bound to happen but I keep going, either with the flow or against it. That is success, in my view. I have experienced dead end moments but there is a way out of them; you opt for alternatives. Many living examples, who, in spite of disabilities, have proven their worth to the world. I believe you can conquer your faults as long as you are mentally and physically able.

Acting to me is becoming a character. With so much emphasis on good looks and physical fitness, have we misconstrued the profession for what it really is?

Physical fitness is important but to what extent? That is worth exploring. An actor with six-pack abs cannot fit every character. Yes, it is necessary to transform yourself physically into a character, be it a strong or an ordinary man. I suppose it depends on one’s body type and the kind of roles chosen accordingly.

‘I enjoy theatre and storytelling, be it for any medium’

Are females largely favoured over males in acting as an occupation?

Yes, but not everyone. I can speak for Momina Duraid Productions and myself only. We respect and encourage girls of all ages to work hard. The misconception that women cannot work in media has dissolved with time. Majority of our dramas are women centric but we have realized that men can lead stories too. Take for instance Humayun Saeed’s new drama Meray Paas Tum Ho.

Pakistan is performing well as a commercial cinema however, have filmmakers today compromised on their creative freedom to communicate effective stories?

Absolutely – initially I had no plans of doing commercial cinema but it is the need of the hour. I will only make the kind of films I want when the time is right. People labelled me for making dark films; nonetheless, I found a middle ground and produced several viable commercial projects.

We have seen Sarmat Khoosat produce noteworthy films like Manto and the recent Zindagi Tamasha. Similarly, people are all praise for Shamoon Abbasi’s creation Durj. I think the masses will soon realize that different types of films are readily available to them. First off, the government needs to impose lesser taxes on film tickets. A poor family cannot afford to pay 800 rupees for a local movie. It is causing our industry to suffer. The cinema owners should take initiative and grant concessions where required. 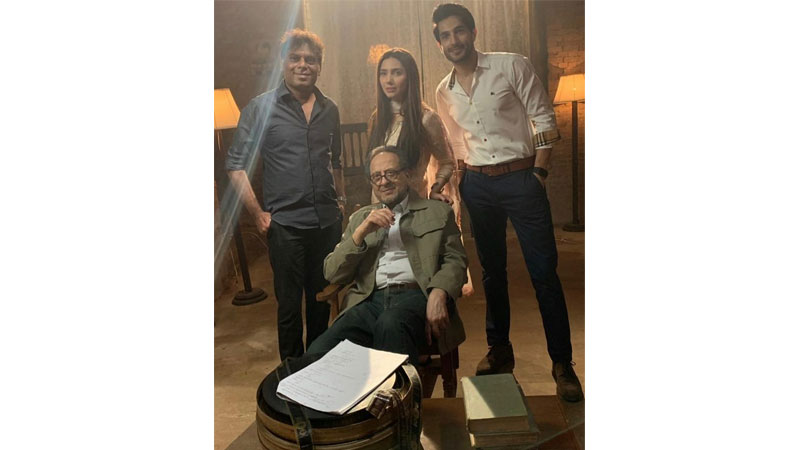 What is the secret to persevering in this industry?

Accomplished veterans, who came well before us, have left behind a legacy of outstanding work. However, the progress stagnated in between. We have tried to resurrect the prime of classic cinema and television but youngsters have taken charge of our industry. I am optimistic that they will achieve wonders for Pakistan.

I really enjoyed Cake; Laal Kabootar and Motorcycle Girl were other films that have sustained our cinema’s prestige. We are producing films of substance, which will give our industry its identity. It is also important for us to embrace our Urdu literature. We have achieved new heights in entertainment because of Urdu. In the end, you have to tell a story in your native language. If our work is good enough, people will translate it in foreign languages.

Do you have any regrets in life?

I am happy with what I have at present. I know it cannot get any better. One should also feel the same and be content with what he or she has in life.

What keeps you on your toes to this day?

I feel that time is running out. I just want to keep working on my craft. If a few good projects are associated with my name, I am certain that people will remember me for them.

How can aspiring youngsters, who dream big and wish to become actors one day, ground themselves in the show business?

Through auditions, I would say. One should also join a drama school and polish his or her acting skill. Have strong command on Urdu and learn from your mistakes.