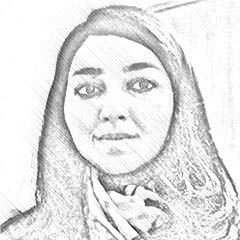 Pakistan’s economy is on a downward trajectory aka facing economic slowdown for quite some time. Huge trade deficit leading a disturbance in the balance of payments and this external account imbalance translating into internal instabilities mainly inflation, unemployment, and deteriorated market conditions is what happening on the economic front.

According to the economist Joseph E. Stiglitz, there isn’t any sense applying this IMF bailout plan blindly to every country. The same is the case for Pakistan. IMF bailout that was taken to bring the economy back on track seems to have made the conditions worse off. Pakistan’s reliance on short-term foreign loans and then seeking assistance from the IMF at the cost and condition of adjustments in the internal policies has deepened the economic slowdown.

The $6 billion worth bailout package, 13th since 1980s, has further imbalanced the already prevalent structural imbalances. The loan has been transmitted with the condition of increasing forex reserves to $11.187 billion from the current $6.28 billion till next year. Moreover, it has asked Pakistan to pay $37.359 billion in the form of external debt within the period of IMF bailout deal. And you know what? Pakistan has to pay almost half of this total external debt to its lifelong friend i.e. China because of CPEC.

Now Pakistan is striving to achieve all these above-mentioned targets at the cost of internal instabilities. Heavy taxation has been implemented. A two-day strike over the government’s attempt to boost sales taxes as prescribed by IMF is the second since July. Currency devaluation has taken place that has resulted in a manifold increase in the inflation rate. And this entire hopscotch has created nothing but a vicious cycle of unemployment, poverty, and uncertain market conditions. And it goes without saying that the IMF package has made the working class worse off!

The IMF team has arrived in Pakistan for the first quarterly review of the bailout plan. The team is expected to draw a positive report given that the authorities have praised Pakistan already for meeting the structural criteria and performance benchmarks. However, the reality is totally different. The imperialistic doctrine of IMF is nothing but an agenda to keep the economically unstable countries dependent and in the case of Pakistan it has successfully managed to do so since the day bailout package was implemented.

IMF has predicted the economic growth for the fiscal year 2019 to slow down by 2.9 percent as compared to the 5.2 percent growth rate for the fiscal year 2018. You might have come across the news rolling IMF’s prediction of Pakistan to be among the 20 countries to achieve high economic growth by 2024. Moreover, SBP’s chief calling this current bailout package the last one seems nothing but a lollipop when the country is facing the menace of economic slowdown.

It’s high time understanding that the IMF isn’t the institution that would address the economic grievances of Pakistan. It is a political institute safeguarding the interest of major world powers mainly United States- major investor of the IMF

PTI government that pledged not to go to the IMF when took the oath in 2018 didn’t make the policies substantial enough to prevent itself from falling prey to IMF’s imperialistic policies. It’s high time understanding that the IMF isn’t the institution that would address the economic grievances of Pakistan. It is a political institute safeguarding the interest of major world powers mainly United States- major investor of the IMF. And looking at the bigger picture one would realize that US has political and security interests in the region and not letting Pakistan get strong economically is in the best interests of both the US and its allies.

Don’t know who the bigger culprit is. IMF, who has imposed such conditions that have brought Pakistan’s already suffering economy on the verge of destruction or the not so innocent governments who despite knowing IMF’s political agenda went to get help from it time and again. Whatever the reason is, now the biggest question is how to get out of this chaos? A strong, clear and up to par economic policy is needed to bring the country out of this chaos. And to put it on the track of what we call real development and growth.

The previous government has taken loans from fellow countries to increase foreign reserves. Moreover, it was mere infrastructure development expenditures that spurred the GDP growth rate at that time. How artificial that growth was is clearly visible now. This is high time forPakistan to improve not just its internal structure but also shallow economic policies to get out from the shackles of internal as well as external pressures.

What should be done now? Pakistan has to build its own market relying less on foreign made products. Export competitiveness is one liable solution along with improving the tax net. Traders all over Pakistan have joined hands to hold a two-day strike against the taxation policies of the government. Increasing the tax return filers and not putting the tax burden on the already suffering impoverished section of the society could increase revenue collection. Return of the stability in the exchange rate would invite both local and foreign investors. It’s rightly said that winds and waves are always on the side of the ablest navigator. Pakistan has resources. All it needs to do is to devise viable structuralreforms that help it achieve sustainable growth and development in the Long run and help it get out of both internal and external pressures.

The writer is an economist and a content writer