‘Maleficent — The Mistress of Evil’ is a film about love, war, vengeance and victory 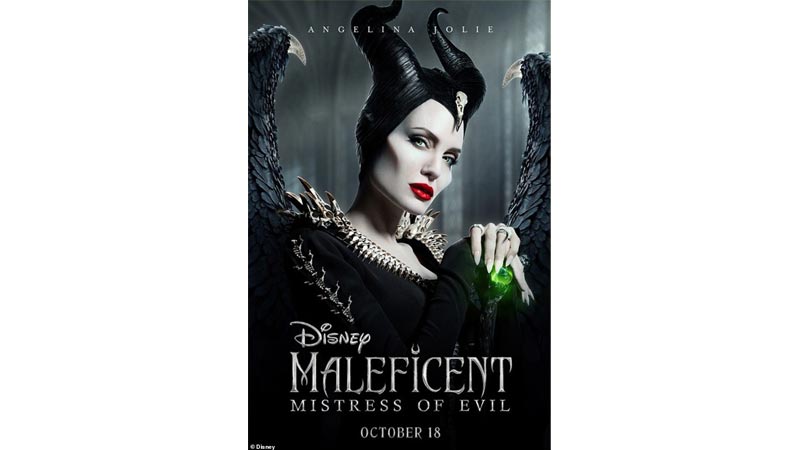 In the 2014 version of ‘Maleficent’, a vengeful fairy is driven to curse an infant princess, only to discover that the child maybe the one person who can restore peace to their troubled land.

The tale is then taken forward as Maleficent 2.

‘Maleficent – Mistress of Evil’ released in 2019, falls in the genre of fantasy, adventure and family. With a rating of 7/10on IMDB it has run time of I hour & 58 minutes. Starring Michelle Pfieffer, Angelina Jolie, Elle Fanning and Haris Dickenson as the lead characters, ‘Maleficent – Mistress of Evil’ is directed by Joachim Renning and is produced by Walt Disney Pictures.

The plot revolves around the relationship between four characters Aurora, Prince Philip, the Queen and Maleficent herself. The film has received mixed reviews with critics with praise for the performance of Jolie, Fanning, Pfieffer but criticism for “the muddled plot & overly artificial visuals.”

Maleficent is the tale of a powerful fairy named Maleficent. The basic thematic concern of the film is the nature of true love! The devotion and strength in love that is pure and unadulterated is so strong that no force can crumble it as Aurora says to her godmother:

“If love has the truth, no magic curse can take you away from me.” “It’s my job to protect you and the kingdom and I will do so without hesitation” says Maleficent in a fearless and ferocious manner reciprocating her love for Aurora.

As the focus shifts to the long-torn enmity between the 2 kingdoms which is only destined to end with the union of Aurora & Prince Philip, the Queen, Prince Philip’s mother does not want to put an end to the bitterness for reasons of her own.

The possibility of the two kingdoms at being united touches her like frozen ice-never wanting it to melt.

The worlds of humans and non humans will never become one so long as she lives.

Starring Michelle Pfieffer, Angelina Jolie, Elle Fanning and Haris Dickenson as the lead characters, ‘Maleficent — Mistress of Evil’ is directed by Joachim Renning and is produced by Walt Disney Pictures

“The borders are open and humans are not welcome….You are going against your own nature. Now Aurora will get a real mother” says Queen Ingrid to Maleficent In an attempt to provoke Maleficent and only being successful at it as it arouses Maleficent’s rage who throws a curse upon the King putting him to a deep slumber. Is Maleficent’s act justified?

Who the true Maleficent really is? Is it the Queen? Or is Aurora’s Godmother?

As the Queen unleashes the fury of Maleficent the audience is confused as to who really is the villain? 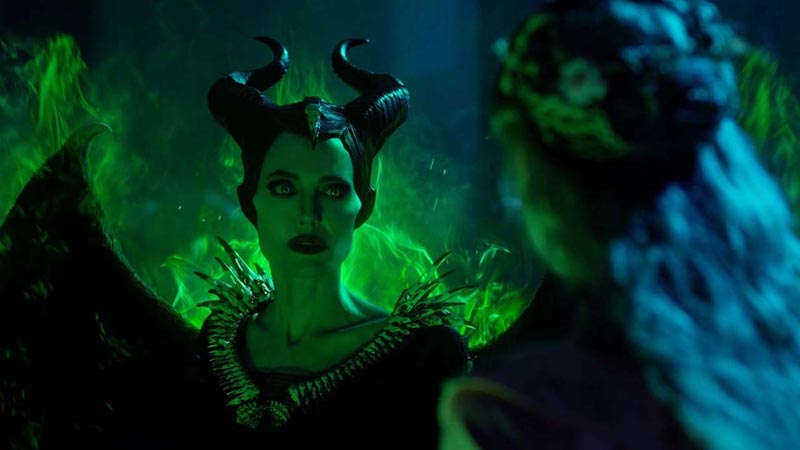 From the costume design to the make-up Jolie appears to be from amongst the dark and evil whilst the queen appears civilized and human! But appearances can be deceiving? Or can they be? To find out watch the film for yourself!

The scene where Philip tells his mother to try and kiss the king just like beauty does for the beast-the kiss of true love- she hesitates but performs the action with an indifference and apathy that is all too evident. She says:

“I told you this is no fairytale.” “Your kind is more predictable than humans” says the queen to Maleficent. The war between Maleficent and the queen continues till the very end. Now who wins is the million dollar question?

“Though Disney’s fantasy sequel Maleficent Mistress of Evil claimed the top spot at the box office this weekend it fell below expectation.”

“The happily ever after delivered by Disney’s Maleficent has vanished like a puff of bilious smoke as its unhappy, reactionary makes depressingly clear.”

However, I think it is a matter of personal choice. Everyone has different taste. And I absolutely loved the film! The fantasy land with its vivid and bright colours, the fairies reminding one of Tinker Bell in ‘Peter Pan’ and the castle so royal just like Hogwarts in ‘Harry Potter’ all transport one into a world that is free and wild! One can imagine whatever they may wish without any inhibition, without any reserve! A great film with fantastic cinematography!