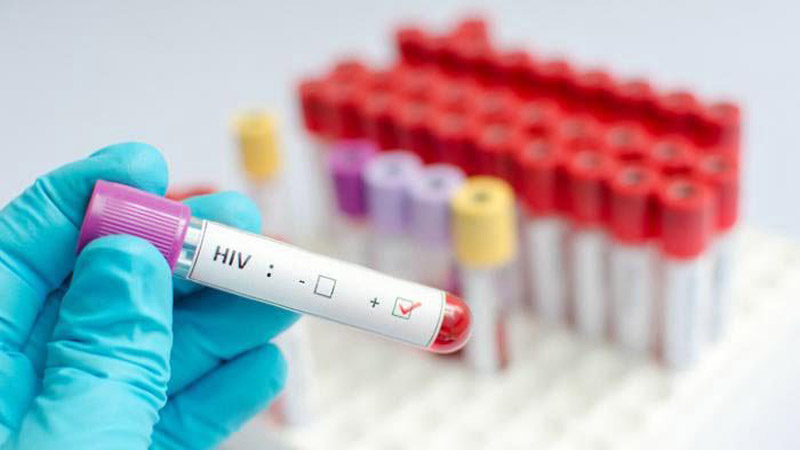 HIV positive cases continue to emerge at the screening camp established since 25th April 2019 at Taluka Headquarter Hospital (THQ) after the massive outbreak was reported in the international and national media.

So far 1,132 HIV positive cases have been detected during the past six months. Out of these 59 are adult males, 172 adult females, 556 male children and 345 female children. So far 36,169 people among the general population have been tested who also belong to other nearby districts data of these cases is not being disclosed to media. According to Provincial Program Manager, Sindh AIDS Control Program (SACP), Dr Sikandar Memon, till 19th October, as many as 901 children were tested HIV positive age breakup of whom is 54 male children are between Zero to one year along with 42 females, 407 male children are between 13 months to five years along with 232 female children and from six years to 12 years 94 male children were detected along with 72 girls. He said no case was found at other outreach sites of Basic Health Units (BHUs) of Lashari & Pir Bux Bhutto and Rural Health Centres (RHCs) of Naundero, Banguldero and Garhi Yasin on Monday adding 62 people were screened at THQ Ratodero and all were tested negative. Ten new cases HIV positive were detected in last seven working days since 11th October in Ratodero.

The Sindh HIV/AIDS Control, Treatment and Protection Commission notified on 06th September after the order of the Sindh High Court (SHC) has not yet been able to hold a single meeting, sources disclosed to this Scribe. The Commission is headed by retired SHC justices Majida Rizvi and Gul Muneer Shah, retired Brigadier Dr Bashir Arain, former police officer Shabir Shaikh and former director general health services Sindh Dr. H. B. Memon. Working body also comprises 10 members which include Dr. Rafiq Khanani, Dr. Shobha, Dr. Naseem Salahuddin, Dr. Fatima Mir, lawyer Asif Soomro, Dr. Sharaf Ali Shah, Muhammad Raza and others besides SACP manager. TORs of the Commission will be the same as prescribed in the law passed by Sindh Assembly. MoU which was to be signed between the authorities of Brown University of USA and Shaheed Mohtarma Benazir Bhutto Medical University, Larkana, is still pending final decision since past few months by the provincial government which has no future plans for the affected cases of Ratodero and its adjoining districts what will happen when the international donors will stop supplying treatment drugs to the positive people. Brown University was assuring the relevant authorities that treatment medicines will be supplied to the entire cases of Ratodero for lifetime but these provincial influential authorities were demanding “toffees”. They undertook to train the doctors, paramedics, establish treatment center with all required facilities including latest lab facilities but Sindh government is still acting on advise of those who themselves have so far incompetently handled positive cases violating international protocols and creating stigma and discrimination for the poor positive cases which really is a great tragedy.

Gul Bahar Shaikh, whose daughter is HIV positive, told this scribe on Tuesday that CD-machine has no paper which has been kept in the recently inaugurated ART Centre by PPP Chairman Bilawal Bhutto Zardari. He said for other tests patients are regularly taken to Larkana even there is no x-ray machine. He said there is no specialist of any co-infection disease and doctors recruited here are those who previously worked for anti-polio program thus they have no previous expertise in HIV treatment. He said all facilities should be provided here for the benefit of poor affected patients who are suffering the most and belong to the constituency of PPP Chairman and MPA Faryal Talpur.