The untold tales of Heera Mandi

* With the passage of time, this mandi settled in Taxali and until today, we see it there 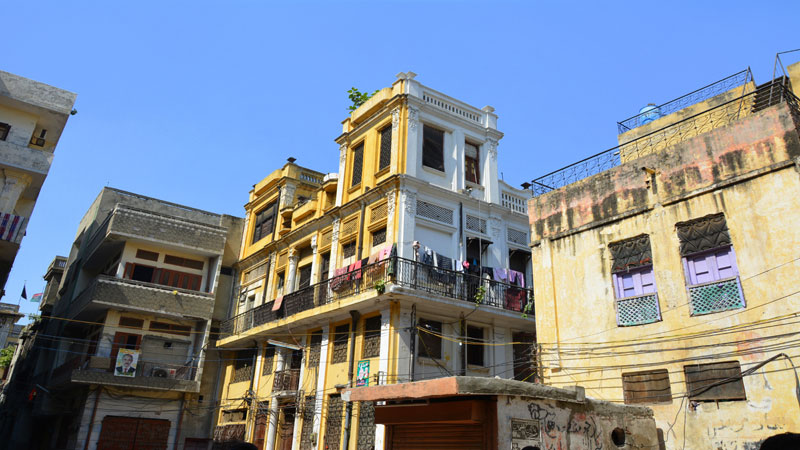 When exactly was Heera Mandi established is still a question. Many historians claim that the red light area or Heera Mandi was once located far away from the city. Historians say that Heera Mandi made its way from Old Anarkali Bazaar into Lohari gate and settled in Chowk Matti and Chowk Chakla. Many affluent dancers made their mansions in Lohari which can still be seen. These mansions were actually Kothas. Matti Bai was also a famous dancing girl of the red light area and the chowk was named after her. According to historic references there was a four storey house of Matti Bai in Lohari but now it cannot be seen anymore.

With the passage of time, this mandi settled in Taxali and until today, we see it there. It is said that in the past Heera Mandi had its own social magnitude and main gates of the city linked with it, like Roshnai Gate, Masti gate, Taxali gate and Bhatti Gate. Similarly when Lohari and Mori Gate streets interlinked and led towards Gumti bazaar they by design connected with Chowk Peer Nau Gaza and the Heera Mandi.

At this point in Heera Mandi were the bethaks of Ustad Barkat Ali Khan and Ustad Mubarik Ali Khan, both were the younger brothers of Barray Ustad Ghulam Ali Khan. These were the two legends of music and people still remember them with great esteem. It is said that these bethaks were the centre of learning music in those times.

Behind the shrine of Peer Nau Gaza was the settlement of the dancing girls in Koocha Shahbazaan. These dancing girls had come from different parts of Punjab. Behind Nau Gaza was also the house of an elderly lady from Qasoor named Mai Ferozan and it is said that Madam Noor Jahan visited that place frequently to learn music and as she would roam around in the streets playing with the local children. No one could ever think that one day she would be Madam Noor Jahan, the most famous singer of the world.

The main bazaar of Heera Mandi was located near the Novelty Cinema. This cinema does not exist anymore but yes we do see some remains of the houses of dancing girls. From the same place via Chaitram Road route led to Sheikhupurian Bazaar and Tibbi Police station behind which was the Tibbi Gali (street) and Koocha Sabz Peer. It is said by historians that the sex workers demanding cheap rates were settled in Tibbi Gali. This place is still known for such activities and it is not at all safe for females or families to go there at anytime of the day. Once my camera was snatched by a pimp there and in a blink of an eye I was surrounded by several sex workers interrogating me, but finally I escaped form that place.

The children of dancing girls and sex workers were usually sent to the Dhiyan Singh School near Said Mitha bazaar in old times.

An actress named Akhtari used to live in the main bazaar of Heera Mandi and she had performed in famous films like Zamindar and Khandaan. Who can imagine the glamour and splendor of the personalities born in these streets? The famous novelist Ghulam Abbas also wrote his novel ‘Anandi’ in the same Heera Mandi because he was the resident of Mohallah Sathiyan or Mohallah Samiyan.

At this point in Heera Mandi were the bethaks of Ustad Barkat Ali Khan and Ustad Mubarik Ali Khan, both younger brothers of Barray Ustad Ghulam Ali Khan. These were the two legends of music and people still remember them with great esteem. It is said that these bethaks were the centre of learning music in those times

There is always a question that when Heera Mandi was established in Lahore. Few historians claim that it is there since thousands of years but mostly it is said that Heera Mandi reached its apex during the Sikh rule. Before the Sikh rule the sex workers and dancing girls were given spaces in the houses of the landlords and affluent persons and these women were paid on monthly basis whereas the expenses of their families and musicians were also borne by the ones who kept them. Later the need arise of giving these women separate places to live and thus different Mohallas, Koochas and streets became their hubs which got famous with their names and an example is Chowk Matti named after Matti Bai. With the increased inclination of the Nawabs and landlords towards music, many musicians from other parts of the city started settling here. 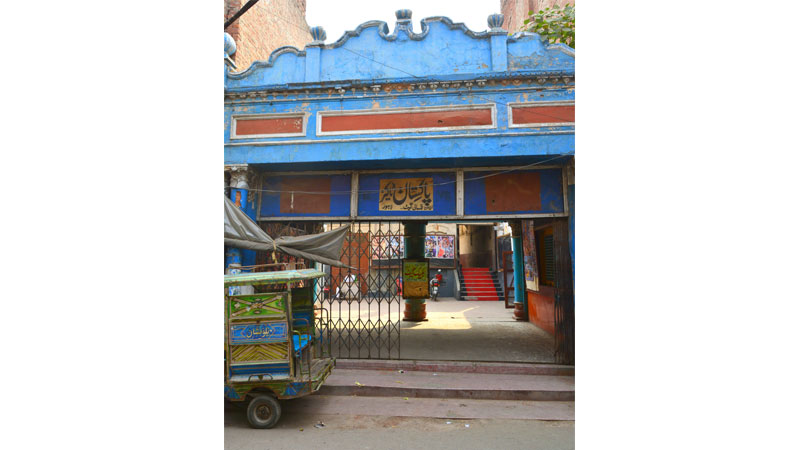 According to historic references, there were only dancing girls during the Mughal rule but sex workers were introduced during the Sikh era. It is also said that Sikh Sardars would let go the common girls but always kept with them the beautiful girls for pleasure.

Now let me tell you another interesting fact. It is said, according to historic accounts, that during the reign of Maharaja Ranjeet Singh, his commander Kaloo Singh arrested hundreds of females from Kashmir during a war and made them sex workers in Landa Bazaar area. These women were also gifted to oblige Sikh Sardars at that time.

Most of the female sex workers were Muslims and owned handsome properties in the area. It is said that when they died they donated their property for mosque or other welfare deeds.

Then came in the British Raj and Heera Mandi flourished more! At that time people from far flung areas brought their daughters and other girls to Lahore and made them learned the art of music and dance. The families of dancing girls from Lakhan wal Qasoor, Sialkot, Faizabad, Ferozepur, Ludhiana, Jalandhar, Phagwara and many other cities had made firm footing here in Heera Mandi and gained recognition but the families of Lahore and Amritsar’s dancing girls were more dominant. From these families emerged great men who made names in the field of sports, drama and literature.

In those times the Novelty Cinema, Pakistan Talkies which was known as Taxali cinema and Aziz theatre were at their peak. There was hardly a day when the house was not full. The locals of the area were the actors working in the film industry at that time. Historic references tell that famous artists male and females who worked in films used to roam around in the streets of Taxali and they never frowned over meeting people rather they were down to earth and interacted with the neighbours normally.

Historic references tell that during the World War II the boards stating ‘Out of Bound’ were placed outside Peer Nau Gaza and Taxali Gate and the army men who had come on leave to Lahore were caught by the military police. During the same time the workers in Tibbi Gali and Heera Mandi had the best opportunity to get money from the soldiers and army men and later they built mansions using the same money.