* While picking up a few films of Rani, I cannot ignore 'Naag Muni', a Waheed Murad-Rani film directed by Raza Mir 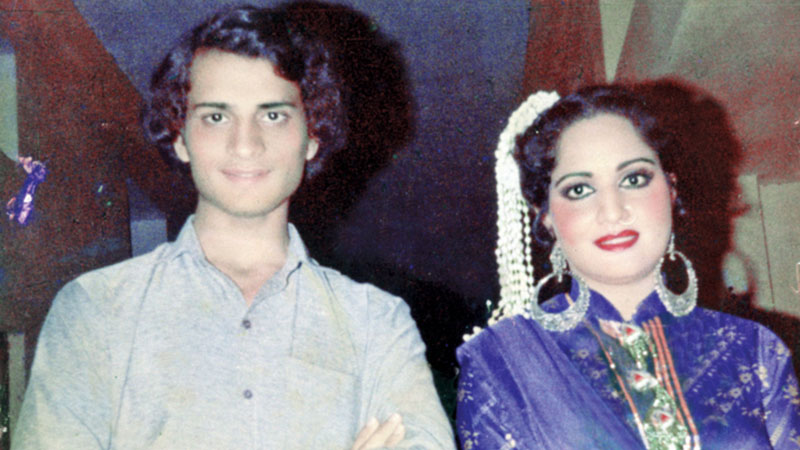 While picking up a few films of Rani, I cannot ignore ‘Naag Muni’, a Waheed Murad-Rani film directed by Raza Mir. It was released on January 24, 1979 in Portugal dubbed in Portuguese language whereas it had been released earlier on April 07, 1972 in Pakistan. It obtained Silver Jubilee status in Karachi. It was a joint production of sound recording engineer Afzal Hussain along with Raza Mir with very rich music by Nisar Bazmi. Nurjehan-Rani combination came out at their best in the songs ‘Aaj Bhi Suraj Doob Gaya Hei, Aaj Bhi Tum Nahi Aaye’, ‘Jiya Tarse, Naina Barsain, Dukhi Mun Tujh Ko Pukare’, ‘Sanware Moh Sei Preet Nibhana Re, and ‘Tun To Pei Waarun’. Mehdi Hassan sang a wonderful song ‘Mere Imaan Muhabbat Hei Muhabbat Ki Qasam’.Film Nag Muni is based on the reincarnation of a man to a snake where Waheed Murad enters a village where the inhabitants take snake as their God. Here he comes across Rani and falls in love with her as she sings ‘Mun Main Uthi Nai Tarang’, not knowing that she was a Nagin also. Saqi, Rani, Qavi Khan and Waheed Murad all look so young in this beautiful picture.

This was a Sabiha Khanum film where she played the role of a mother the film was based in Saadat Hassan Manto’s story of the same name.

Songs were penned by Saif uddin Saif and Masroor Anwar with music by Nisar Bazmi. Singers were Nurjehan, Mehnaz and Mehdi Hassan. It was Hassan Tariq’s production. Muhammad Ali, Shahid, Talish, Darpan and Nayyar Sultana were the cast with Rani in an important role. It was a story of a bad woman Mummy with golden heart who runs a brother house. I shall borrow the film’s story and music from the site Scroll.in: ‘Sabiha Khanum, one of Pakistani cinema’s finest actresses, plays Mummy, the conflicted central character. Mummy is a doting mother, ambitious for her daughter’s future. She is also a madam, procuring and providing call girls, including her daughter Afsha (Rani), to well-heeled clients. Mummy is deeply religious, praying to St Joseph and Mother Mary regularly, but also bold and ruthless. When one of her girls is threatened with blackmail, Mummy is able to arrange a fix simply by visiting the Chief of Police.

One day, a client comes to Mummy and informs her that he needs a “modern girl who really knows how to dance” for a party he’s arranging with a powerful businessman. Mummy assures him that he and his friends will have the best, most modern girl for their party. “But she is very expensive.”Mummy sends Afsha to the party. Afsha is clearly not comfortable with the arrangement. As she is singing and dancing before the group of leering men, the chief guest, played by the versatile Talish, begins to grope her. Afsha tries to reason with him but he spits out, “We rich are sharif. Your sort is sinners. You do what we say!”Afsha counters with, “What you’re looking for is a tawaaif. I’m not that.” She runs out into the dark streets where she is hit by a passing car driven by Asif (Mohammad Ali). Asif rushes her to the hospital where he is taken by her beauty and her damaged soul. He proposes marriage. Mummy is overjoyed that at last she has managed to provide a good future and home for her daughter.

Spiced up with ample doses of masala – undying love that is soon abandoned, rape, death, ghosts of past lives, blackmail, star-crossed lovers, horrible accidents, money, sex, booze and God – the movie is an intense moral social drama. While in many instances it reinforces the stereotypes of Christians as immoral drunks and Christian women as little more than whores, director Hassan Tariq creates space for more subtle and compassionate interpretations. The recurring theme of upper-class exploitation of those it deems to be sinners and the dilemmas within which the non-elites are forced to live out their lives highlight the moral bankruptcy that lies at the heart of “sharif” society.

Sahiba’s performance as Mummy is outstanding. Not just through her lines – delivered in the perfect accent of a non-native English educated Urdu speaker – but in her repeated confrontations with Asif and other men far more powerful than herself, Mummy is revealed to be a woman of great strength, resilience and ultimately, morality. In the end, she proves the powerful Asif and his society to be the real sinners. 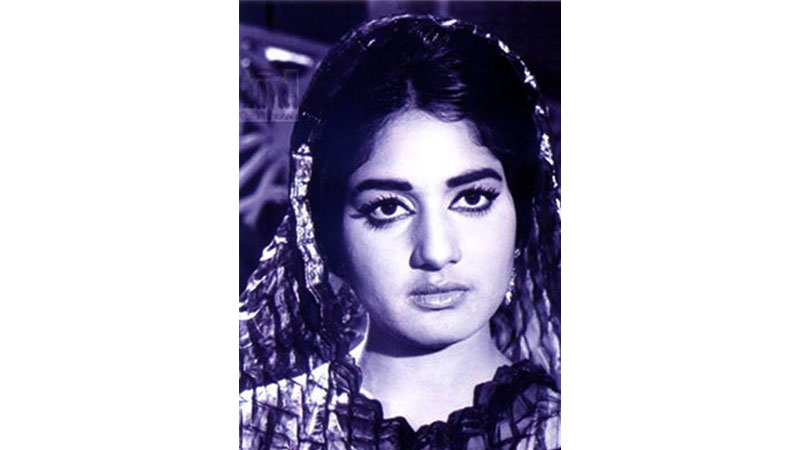 The film’s music was composed by Nisar Bazmi. Originally from Maharashtra, Bazmi had established himself as a composer of some note in Mumbai, writing songs sung for Lata Mangeshkar, Asha Bhosle and Mohammed Rafi, who sang perhaps Bazmi’s most beloved melody Chand Ka Dil Toot Gaya Hai in the film Khoj (1953).On a visit to Pakistan in the early 1960s, Bazmi was asked to compose music for a few films, which he did. He ultimately opted to settle in Pakistan and went on to become one of the great music directors, composing for dozens of films in a wide range of styles from folk and classical to pop and rock.

The music is understated, which is not what one would expect from a vamp’s nightclub solo. Bazmi gets some excellent, soulful electric guitar licks out of his band of musicians and expertly increases the emotional tension by employing a small orchestra of strings. But overall, the music is composed in such a way as to give Mehnaz the space to do her moody interpretation of a very sad business’.

After being raised by Mukhtar Begum, Rani moved in with her mother with whom she was now reconciled. After her initial success in the late 1960’s, she married renowned director Hassan Tariq, of whom she had a daughter, Rabia. Due to conflicts, Hassan Tariq divorced Rani in the late 1970’s. She then married film producer Mian Javed Qamar, who divorced her when it was discovered that Rani had cancer. During her treatment in London, she met famous cricketer Sarfaraz Nawaz. They fell in love and got married. Rani helped Sarfraz in his election campaign in the late 1980’s. But their relationship also did not last long and they parted. After getting divorced for the third time, Rani was struck by the grief of loneliness. Cancer also struck back and this time with much more intensity as Rani did not have much desire to live but to see her daughter get married.

Rani died of cancer on 27th May 1993 at the age of only forty six in Karachi, just a few days after her daughter Rabia’s marriage. Shortly after Rani’s death, her mother who was taken seriously ill and never knew of her daughter’s deathalso died. Rani’s only sister also died three months later. Rani and her mother were buried side by side in Lahore in Muslim Town Cemetery.

Rani won a Nigar Award for the film ‘Mera Ghar Meri Jannat’ in 1968. She also won another Nigar Award for best actress for her role in the film ‘Sona Chandi’ in 1983. A critic comments “Though Lollywood’s golden age remains a distant memory and its revival a far-fetched fantasy, Rani continues to shine through as a performer par excellence. She was of that world. That was the whole era where you were a little coquettish and knew how to flirt with the camera and yet you were measured. You never revealed all but rather left something to the imagination. She had that mystique. This is the reason Rani remains larger than life. She had that something special and if she was in Bollywood, she would have been equally successful”. g