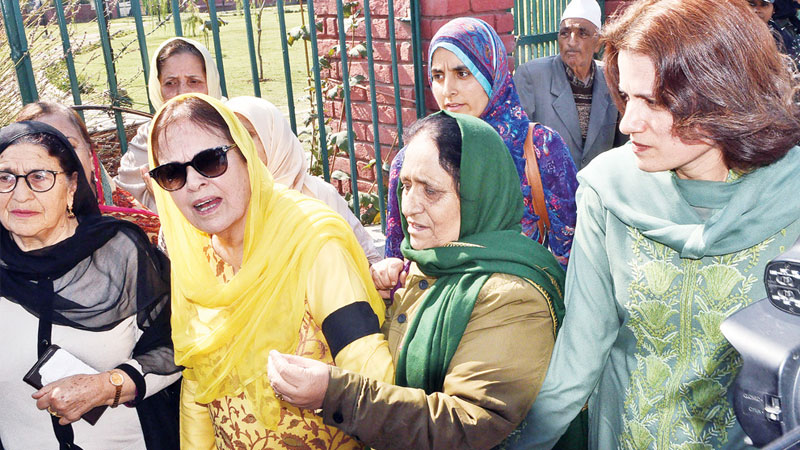 Text messaging services were blocked in Indian-held Kashmir (IHK) just hours after being restored when a truck driver was killed and his vehicle set ablaze, authorities said Tuesday.

Indian authorities had only restored call and text services for mobile phones on Monday, following a 72-day blackout in the occupied valley imposed after New Delhi scrapped the disputed region’s semi-autonomous status.

The seven million-plus people of the Kashmir Valley – the main hotbed of resistance to Indian occupation – are still cut off from the internet, however.

Authorities said SMS services were cut on Monday night following the attack on the driver of a truck carrying apples in Shopian. Residents said two masked gunmen told the driver to move his vehicle because it was blocking the road, but it skidded and got stuck. “The gunmen then fired at the truck and set it on fire,” a witness said.

Apples are a sensitive issue in Kashmir, which exports vast quantities of the fruit to markets across India. Many orchard owners say they are refusing to harvest this year to protest against the government’s move to scrap occupied valley’s autonomy.

Separately on Tuesday, officers arrested half a dozen women activists protesting in Srinagar. They included the sister and daughter of former chief minister Farooq Abdullah, one of several hundred local politicians, lawyers and others in custody since early August, mostly without charge.

The women, carrying placards reading ‘Respect Fundamental Rights’ and ‘Why downgrade Jammu and Kashmir’, assembled on Tuesday in a park in Srinagar, the main city in the region. Police whisked them away to a nearby police station as they tried to march through the main business area of Lal Chowk.

Normal life in the valley continued to remain paralysed on the 72nd straight day on Tuesday across the territory. According to Kashmir Media Service, restrictions continued to remain imposed, shops closed except for few hours in the morning and evening, and schools and offices are empty and public transport is off the roads. Heavy deployment of Indian forces and ban on pre-paid phones and internet services are causing great inconveniences to the people throughout the territory and what is adding to their agony is that the IHK administration has not given any indication of the internet being restored anytime soon. Lack of communications has also inflicted untold miseries on the people. Not only have social interactions been severely affected but the economy has also suffered. Patients are the worst victims of the military clampdown.