* From influencers to general users, everyone feels the need to add their two cents and pass verdicts on Duchess of Cambridge Kate Middleton's outfits 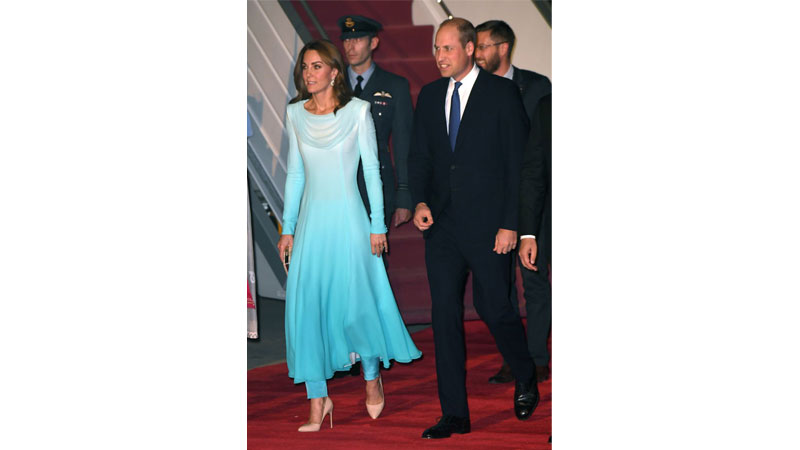 Disclaimer: I am not a fashion critic. I possess zero knowledge about it in fact. However, I am concerned by how much space sartorial choices have started taking up in daily news. Choices made by women, to be specific.

Ever since the Duke and Duchess of Cambridge, Prince William and Kate Middleton arrived in Pakistan, my social media feeds have been flooded with images of the couple. However, most headlines are solely focused on Kate’s wardrobe selection. From comparisons with her late mother-in-law Princess Diana to local designers whose clothes have been curated for Kate, every publication seems to feel the need to issue a news every couple of minutes that continues reinforcing the importance of her attire.

Moreover, social media users seem to have found a crucial topic which needs to be discussed with the same intensity as any significant development that affects our day-to-day lives directly. From influencers to general users, everyone feels to need to add their two cents and pass verdicts on Duchess of Cambridge Kate Middleton’s outfits. While desi men have let out a collective sigh over the satisfaction of seeing a foreigner (a royal nonetheless) fully covered in shalwar kameez, women have been expressing their disappointment on how “bland” her styling has been.

Comments ranging from “modesty is the colour of virtue” to “but we have far better designers, who showcase our current trends in a more stylish manner”, the conversation continues revolving more and more around Kate Middleton’s styling and less about the activities the royal couple has been engaging in.

Comments ranging from ‘modesty is the colour of virtue’ to ‘but we have far better designers, who showcase our current trends in a more stylish manner’, the conversation continues revolving more and more around Kate Middleton’s styling and less about the activities the royal couple has been engaging in

To make the absurdity of the situation worse, I am yet to come across a single news story that highlights what Kate’s husband Prince William chose to wear. His decision to forgo donning an Eastern outfit initially and sticking with his standard suit while his wife was wearing a traditional green sherwani has not earned him any criticism from this side of the world – whereas it is not hard to imagine what the situation would have looked like had the roles been reversed. 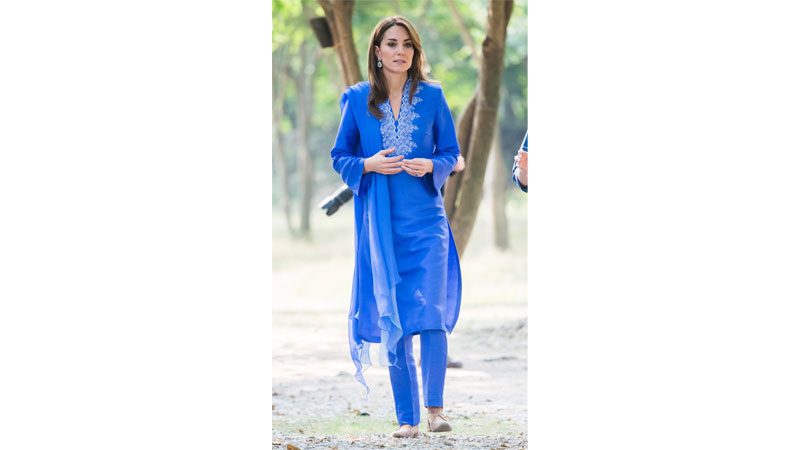 We are a nation obsessed with policing women and their actions. Let’s not forget that this is the same country where its founder Muhammad Ali Jinnah is praised for his sophisticated Saville Row suits collection, but preferred its first female Prime Minister Benazir Bhutto in silk shalwar kameez with her head covered (images of her younger Oxford days when she dressed in a more Western manner are rarely ever projected in mainstream media, neither are images of her clad in saree when accompanying her father on foreign tours).

This tradition of hypocrisy has continued to this day, where two international icons – Fawad Khan and Mahira Khan – are praised and criticised simultaneously for the same actions! While Fawad received unanimous acclaim for mingling with Bollywood starlets in sharp suits, Mahira was ruthlessly criticised for being spotted in a short white dress while in New York with her friend Bollywood actor Ranbir Kapoor. Even the youngest ever Nobel Prize winner – who happens to hail from Pakistan – has not been spared from this bizarre trend. Malala Yousafzai has been on the receiving end of being ridiculed for wearing Western clothes (despite choosing to retain hijab) while studying at the Oxford University in London.

Why it is socially acceptable for a foreigner to dress according to our culture when they visit our country, but not for Pakistanis to step out of what has been dictated as morally suitable when they represent us abroad? Why are we so fixated on what women choose to wear, to the extent that their actions and accomplishments have started taking a back seat? These are questions we should all be asking ourselves – as unknowingly we are all playing a role in fuelling this trend – before we become so blinded by these ridiculous double standards that we end up falling behind in building an equal and progressive society where both men and women can thrive.

The writer can be reached at ambar_ahmed@hotmail.com and Tweets at @ambarahmed_