The myth of nationalism

The concept of the state is very old. It dates back to the ancient Greek era. In a lateral context, a state is nothing but a moral person, whose life consists of the union of its members. The nature of the state is the same as the nature of a person that gives men an absolute power over his body parts. Likewise, when it comes to the state, it is the social pact that shapes the body politics; giving it authority over all its members.

Similarly, the concept of the nation-state is Euro-centric, which emerged in 1648 with the treaty of Westphalia that marked the end of thirty years of a brutal war between European Protestants and Catholics. Basically, it was Great Britain after reformation that paved the way for the sectarian strife by waging war against the Popish Spain and Portugal calling it as the solemn duty to establish a protestant empire in Europe. History is vivid proof that this war was not fought for religion rather because of the British envy over the vast Spanish wealth, which was lotted from the Western Hemisphere.

In this way, the imperial greed turned into a religious hatred and engulfed the whole Europe into a sectarian fire for thirty years, which started in 1618 and ended in 1648, with an agreement on establishing the balance of power system based on the nation-states. Since then, the dominant races in Europe whether Teutons, Slavs or Anglo Saxons idealised the concept of the nation-state and even transferred this concept to their colonies as a legacy. It was the end of World War II, that paved the way for decolonisation across the second and third world. In this regard, the 1950s came to be known as the “rise of Asia” and 1960s came to be known as the “rise of Africa” during which maximum nations gained independence from the colonialism. 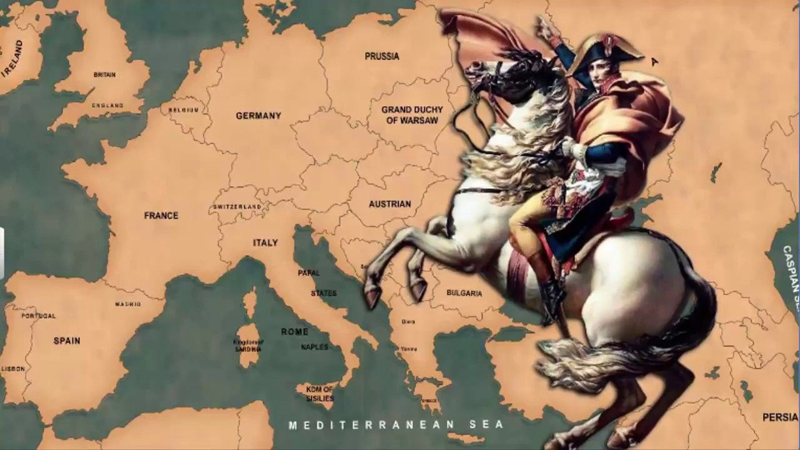 During this phase, the countries of the core were heading towards economic cooperation and regional integration for the economic and geopolitical security, while condemning nationalism across the third world as New-Fascism. But the Pan-Arabists, Pan-Africanists and Pan-Asianists retained a very rigid attitude towards their former colonisers by denouncing their colonial ruthlessness and exploitation. At the same time, Pan-nationalist ideologies across the decolonised regions were suffering from confrontational strife along ethnic, racial and religious lines, which forced the Pan-nationalists to maintain a strong state with a strong-men rule. But soon the strongmen rule turned into the totalitarian rule, with deep power struggle among the ruling elites. What Machiavelli wrote in Book VII of the History of Florence: ” Some divisions injures the state, while some are beneficial to it, those injurious to it; are accompanied by cabals and factions; those assists it, which are maintained without cabals, and without factions. Therefore, no founder of the state can provide against the enmities in it, he at least ought to provide that, there shall be no cabals.”

Consequently, the Pan-nationalist founders across the decolonised world failed to overcome the hindrance of cabalism and factionalism, which were colonially inherited. The colonial structure was maintained by the post-colonial elites, who began ruling their newly-freed masses in the same patterns of colonial rule. In this regard, independence became a myth for the ordinary masses, who had been synchronised with viral popular nationalist narrative, either based on religion or history.

The very being of the post-colonial subject was stretched between the colonial and post-colonial discourse. According to the famous German scholar, Martin Heidegger, the human being ceased to exist temporarily in the stretch between life and death, what he called “Existential temporality.”

Basically, Heidegger mysteriously uses the word “Dasien”, which means “being there.” This bestows that a human being is not an isolated subject, cut-off from the realm of objects that it wishes to know about. But in the post-colonial era, the myth of popular nationalism forced the masses to remain an isolated subject without demanding rights, freedom and liberty.

Thence, their post-colonial conditions became worse than their colonial condition because the post-colonial structure emerged more ruthless and exploitative. In this regard, independence became a mere fabrication for gulling: at best an aesthetic fiction and at worst an emphatic delusion. The post-independence stereotyping became the vibrant fact in the pursuit of popular nationalism superseding the dynamics of nation-building. Similarly, the consequence of this stereotyping became the predicament for the weak post-colonial states, which suffered from Balkanisation as a result of sectarian, ethnic and racial conflicts, that is Sudan, Pakistan and Yamen.

On the contrary, nationalism is the most prevailed legacy of the enlightenment, which embedded itself in global politics more ideologically than any other enlightenment legacies. The German thinker turned philosopher Johann Gottfried Herder, insisted that each nation is shaped by its unique past and that its true essence emerges from history, culture and race. But the global south, that harbours most of the decolonised nations, lacks the similarity of history, culture and race. Hence, ethnic and cultural diversity remained one of the major obstacles in the nation-building across the decolonised world.

Though nationalism was invoked to rebuff the ethnic differences, this nationalism was used by the ruling elites as an instrument to crush the ethnic resistance. Even today, the colonial legacy in the form of superstructure exists in the so-called nation-states, where state-building prevailed in the form of power accumulation, while nation-building was subjected to ethnic confrontation. This is what historians call “nationalist paradox” that hinges on the policy of divide and rule. In this way, nationalism in the Third World gets in the way of clear thinking because it deems politics into Karl Schmitt’s contest between friend and foe rather the creation of common ideals from the diverse outlook.

Today, nationalism has become a myth across the global south mainly because the ruling elites use it to maintain the colonial inherited power structure through divide and rule strategy. Therefore, nationalism from the bottom needs to be re-invented because people have abandoned the belief that only a strong ideology can generate a sense of identity and nation. Famous political scientist Ernest Renan once said, “The world of nations serves the common cause of civilisation; each holds one note in the concert of humanity.”

The writer is a postgraduate student of Politics and International studies, and a freelancer