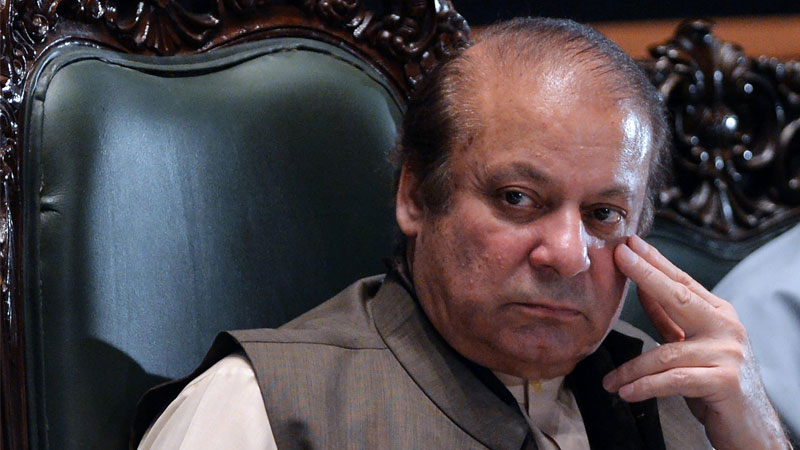 NAB Prosecutor Hafiz Asad Awan filed a petition stating that Nawaz Sharif is currently imprisoned in Kot Lakhpat Jail and anti-graft watchdog has to probe him in CSM case for further progress. The petition stated that former premier could not appear in the NAB office as a prisoner, so the court should allow him to be examined in jail.

According to the NAB, investigating Nawaz Sharif is very important as Chaudhry Sugar Mills corruption case cannot progress without it. The court approved the national institution’s request after the bureau found documents confirming Nawaz Sharif as a beneficiary in the sugar mill.

It may be recalled that the NAB has also arrested Maryam Nawaz and Yousaf Abbas, who are currently in jail on judicial remand after physical remand, are being investigated in the Chaudhry Sugar Mills case.

The court also expressed resentment over taking selfies with PML-N leader and ordered security guards to maintain the decorum.

On August 8, NAB team had detained Maryam Nawaz outside the Kot Lakhpat Jail in Lahore for skipping appearance in Chaudhry Sugar Mills due to meeting with her father and former prime minister Nawaz Sharif.

Maryam Nawaz was unable to provide the required details of foreign investment in sugar mills while she was also failed to satisfy the bureau regarding source of income for purchasing the shares. NAB has also claimed that three foreigners had transferred 11,000 shares worth millions of rupees on Maryam Nawaz’s name. The anti-corruption watchdog’s daycare centre was declared sub-jail for the PML-N leader while female police and NAB personnel were deployed for her.

On July 19, accountability court had turned down petition of NAB claiming Maryam Nawaz had produced a bogus trust deed in Avenfield reference.

Judge Mohammad Bashir had declared anti-corruption watchdog’s appeal as unmaintainable and ruled that no action can be taken in this regard until the decision of Islamabad High Court (IHC) on Maryam’s petition against the Avenfield properties verdict.

On July 6, 2018, accountability judge Mohammad Bashir had convicted former premier Nawaz Sharif and his daughter Maryam Nawaz in Avenfield properties reference and sentenced them to 10 years and 7 years imprisonment, respectively.

In the verdict, judge Bashir had declared that “The trust deeds produced by the accused Maryam Nawaz were also found bogus… In view of the role of this accused Maryam Nawaz, she is convicted and sentenced to rigorous imprisonment for seven years with fine of two million pounds.”

She was arrested and shifted to Adiala jail. Later, in September 2018, she was released from jail after the Islamabad High Court suspended her prison sentence.

Land allotment: Meanwhile, the NAB has given a clean chit to former minister of Sindh Jam Khan Shoro in KDA plots allotment inquiry on Thursday.

The NAB prosecutor informed the court that the accountability bureau didn’t find any evidence against former minister Shoro in an inquiry about illegal allotment of KDA plots in Karachi. The prosecutor also told the bench that a letter has been dispatched to the NAB headquarters for winding up inquiry against Jam Khan Shoro. The NAB council requested the court grant time to the bureau until reply of the letter sent to the NAB headquarters.

The bench adjourned hearing of the case till November 7. A bench of Sindh High Court had extended interim bail of Jam Khan Shoro in August in NAB inquiry.

On a question from the bench about the period of completion of inquiry against Shoro, the prosecutor responded the court that it will be completed within two months. The bench ordered NAB to complete the inquiry by October 09.