* My paternal first cousin late Sheikh Maqbool Ellahi, an established sports producer of Sheikh Fazal Ellahi & Company in Sialkot, used to tell me that Waheed Murad was my second cousin 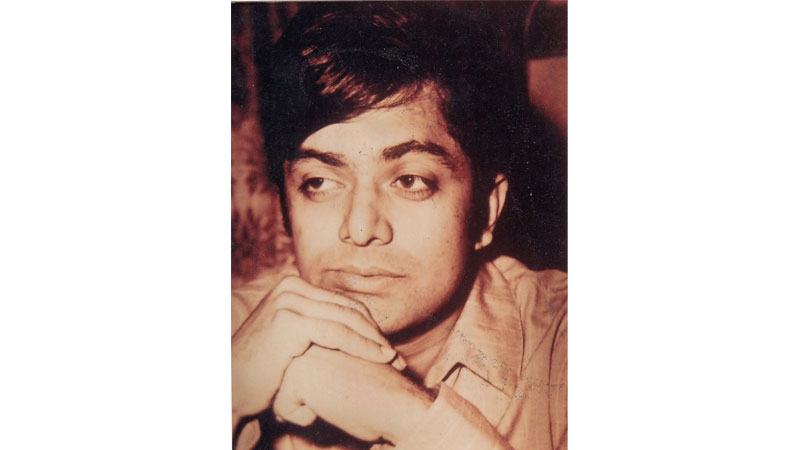 The success of this film made actor and producer Waheed Murad a super star. In November 2010, after a long period of 27 years after his death, the Pakistani president awarded him the Sitara-e-Imtiaz (Star of Excellence), the third highest honour and civilian award by the State of Pakistan, in the field of arts. Better late than never!

My paternal first cousin late Sheikh Maqbool Ellahi, an established sports producer of Sheikh Fazal Ellahi & Company in Sialkot used to tell me that Waheed Murad was my second cousin as my grandfather and his grandfather were cousins. Well, we never met in life and I could not confirm of this link from Waheed Murad.

Waheed was the only child to his father, Nisar Murad, a well-known film distributor since before Pakistan’s creation, and to his mother Shireen Murad, and the grandson of Zahoor Ilahi Murad, who was a lawyer in Sialkot and an acquaintance of Sir Muhammad Iqbal.

Waheed got early education from Lawrence College, Ghora Gali, Murree till Grade 2, completed rest of his schooling and matriculation in 1954 from Marie Colaco School, Karachi, did graduation from Sindh Muslim Arts College in Karachi, and then masters in English literature from University of Karachi. A strong educational background placed Waheed Murad at an advantage compared to other film producers and actors of his time.

Since his childhood Waheed was being given an exposure to leading actors of that time who used to visit his father regularly and inspired him to pursue an acting career. In his childhood, he used to wear a guitar around his neck and was famous as a good dancer among his friends. In his school life he played parts in several plays, which made him more popular. His best friends were Iqbal Yousuf and Pervaiz Malik, who joined the same profession Waheed joined, and was remained associated with him, especially Iqbal Yousuf for the rest of his life.

Waheed Murad and Pervez Malik were childhood friends. After completing graduation both expressed desire for higher education abroad, since Waheed was the only child of his parents, he was not allowed to go abroad, but Pervez Malik gone for masters in film production in California, USA. Waheed was the first actor who had a master’s degree in Pakistani film industry. Pervez returned homeland four years later and became the only film director to hold a master’s degree in film production from the University of California.

Waheed Murad had a sort of liking towards Salma, a daughter of Karachi based industrialist and a Memon Ibrahim Maker, when both were in grade nine. Their marriage took place on Thursday, 17th of September 1964. The wedding ceremony was arranged at Nisar Murad’s house at Tariq Road, Karachi. He addressed his wife as Bibi at home. They had two daughters (Aaliya and Sadia) and one son (Adil). Sadia died in infancy and both Waheed Murad and Salma became inconsolable. However, their two children, Aalia and Adil brought happiness and comfort to their lives.

Perhaps due to heavy schedules of Waheed’s shooting, his relations with his wife started getting estranged and she moved to the US and got settled there.

Waheed Murad worked in a total of 124 films. Two movies were released after his death.

Thirty movies eight were black and white and eighty six were in colour. This does not include six movies in which he gave cameo appearances including the 1959’s movie ‘Saathi’. He acted in 115 Urdu films, eight Punjabi films and one Pushto film, and earned thirty two prestigious film awards including ones for best producer and for best actor. We shall name some of these films and talk about their success and failures.

In my forthcoming book Melody Makers 1, I have submitted, “I am an ardent fan of Pakistani music composers Lal Muhammad Iqbal because of their exploiting Raag Bhopali in its true spirit in Mehdi Hassan’s song ‘Duniya Kisi Kei Pyar Main Jannat Sei Kum Nahin’ for the 1966 movie ‘Jaag Utha Insaan’. This movie was released on Friday 20th May 1966. The film was produced in Karachi by Habib Pictures. In those days Karachi used to be the second hub of Pakistani film industry after Lahore. The soft voice of Mehdi Hassan, the basic melody of this song still captivates the music lovers for its tunefulness.

The year 1967 was very good year for Waheed Murad. He was leading actor in the movies Dever Bhabi, Insaniyat’ and ‘Maan Baap’. All these movies were commercially successful films but ‘Dever Bhabi’ completed golden jubilee. Movie ‘Insaniyat’ was inspired from Indian film ‘Dil Aik Mandir’ where Waheed Murad played the role of a dedicated doctor who dies after having saved her ex-beloved’s husband.

Waheed was the only child to his father, Nisar Murad, a well-known film distributor since before Pakistan’s creation and to his mother Shireen Murad and the grandson of Zahoor Ilahi Murad, who was a lawyer in Sialkot and an acquaintance of Sir Muhammad Iqbal

It was a Santosh Productions film produced by Sabiha Khanum (Raza on title) directed by Hasan Tariq. Rani was cast opposite Waheed Murad who played role of Dever (husband’s younger brother) to save the marriage of his brother Santosh Kumar with Bhabi (brother’s wife) Sabiha Khanum. Santosh gets involved with a dancing girl Rani and Waheed offers him to replace his brother; a sacrifice he makes for his brother and his wife. Music by Master Inayat Hussain and lyrics by Arsh Lakhnawi are hallmarks of this film. Out of eight songs Rushdi’s ‘Three cheers for Bhabi Hip Hip Hurray’, Nurjehan’s ‘Mera Ghar Meri Jannat’ and Mehdi Hassan’s ‘Yei Kaghazi Phool Jaise Chehrey’ stand out.

Waheed Murad brought his friends Parvez Malik, Suhail Rana, Masroor Anwar, Ahmad Rushdi and Zeba under the umbrella of Film Arts but this unity lasted till 1968 but the team managed to bring out some excellent films like ‘Heera Aur Pathar’, ‘Ehsan’, ‘Doraha’ and ‘Jahan Tum Wahan Hum’ for the movie goers. Zeba got married to Muhammad Ali and was barred by her husband to act in Waheed Murad’s films.

With passage of time, Shabnam’s husband Robin Ghosh also stopped his wife Shabnam to work with Waheed Murad, Nisho also followed suit. Parvez Malik and other members of the team felt neglected that Waheed took all the credit of success of the films under this banner. They stepped back. Waheed has no options but to work with other directors and actors. Anwar Maqsood in his programme ‘Silver Jubilee’ posed the question as to why the heroines who had refused to work with him, now was returning to work with him. Waheed said that it was better if this query was posed to them. Regarding the failure of the film ‘Doraha’ despite that it was made by the same successful team that made ‘Arman’ and ‘Ehsan’ etc., he stated that this film was made by his two friends from the same and not by him. Regarding he being cast with big heroes in the same film, and that he had started making his film ‘Hero’ he forwarded the reasons of his father’s ailment and demise, his own illness and operation. He was ready to start its shooting at the time of recording of Anwar Maqsood’s show.

The film ‘Usey Dekha Usey Chaha’ and ‘Dushman’ were released after a long gap of six years in 1974, produced by both Waheed and Pervaiz Malik but not under Film Art Production.