ISGS head accused of Rs 40b corruption in TAPI project

The head of ISGS the sub-department of Ministry of Petroleum has allegedly committed financial corruption, misappropriation of Rs 40 billion in the name of feasibility report of (TAPI) Turkmenistan, Afghanistan, Pakistan, India Pipeline project. The inner sources have revealed that currently number of high officers of petroleum ministry were fully active to protect corrupt ISGS Managing Director Mobin Saulat.

The person Mobin Saulat those who allegedly committed Rs 460bn financial corruption during PPP tenure and Rs 20 billion with the connivance of former Prime Minister Shahid Khaqan Abbasi was still enjoying his slot in ISGS. Mobin Saulat had also worked as cashier with McDonald and accountant in IESCO. Sources stated that Mobin Saulat had committed Rs 40 billion financial corruption on the name of TAPI project and all top officials were totally mum on this. 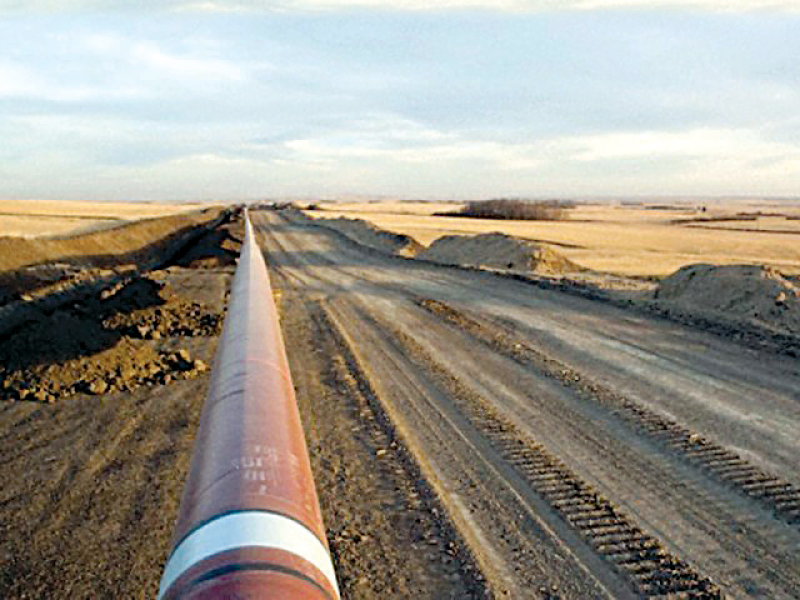 ISGS had established some 22 year back and completely failed to finalize the work on this project as financial corruption of billion of rupees done without any fear and justification. Sources further revealed that 226 million dollar had been given to blue-eyed company in the cover of feasibility study of the project. They said that 10% extra paid on this study as actual cost of this study was only 26 million dollars.

National Accountability Bureau (NAB) has already initiated investigation on this fraudulent. It was reviewing all related documents of Rs. 40 billion related feasibility study.Sources further revealed that Mobun Saulat had kicked off all technical staff as soon he took charge of the department and then he recruited corrupt officials of his own choice. The staff was now endorsing him.

It was also noted that Rs 40 billion spent on TAPI project feasibility and Rs 5 billion on Pak-Iran Gas project. It was stated that Saulat was allegedly providing extra lavishness to every secretary in the shape of London visits and shopping in top foreign malls. He has also given a slot of deputy general manager to a female journalist and blackmail officials through this.

NAB officials had also placed his name in ECL and later his name removed. Top officials of petroleum ministry had allegedly played an important role regarding his name removal from ECL. Currently he (Saulat) was availing the services of London Law firm and Islamabad law firm on huge amount as all amount was being provided to these firms from national exchequer.