‘The Handmaid’s Tale’ — a compelling masterpiece

* I have found new respect for Moss as an artist 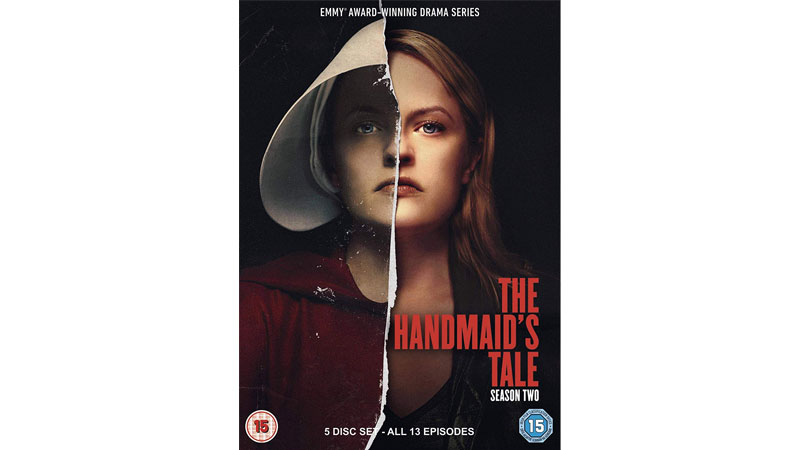 ‘The Handmaid’s Tale’, based on Margaret Atwood’s celebrated novel, came to life on screen in 2017. Frontwoman Elisabeth Moss stars as Offred (June Osborne), a mid-aged woman forced to live as a handmaid under an unforeseen tyrannical rule. She, alongside a crowd of other handmaids bear children of infertile married couples and withstand the worst of humanity. June’s tortuous lifestyle exacerbated by constant violence, rape and drudgery indicates a loss of freedom.

The show embodies a traditional society and contrasts the progressive world we live in today. It is an unparalleled story that puts all contemporary shows to shame.

Elisabeth Moss outdoes herself in the role of Offred, proving her powerful presence as the episodes unfold each season. Her nuanced expressions and ability to establish her ground in intense scenes have done immense justice to the novel.

I have found new respect for Moss as an artist. Her believable act gave me constant chills. I have never witnessed so much depth in a character before, at least not in modern television. It is easily her career’s most defining performance. She should have won every Emmy and Golden Globe, in my view.

I will also give Ann Dowd her due credit for effortlessly portraying Aunt Lydia, the merciless instructor of the handmaids. She makes the show worth tuning into every week.

Elisabeth Moss outdoes herself in the role of Offred, proving her powerful presence as the episodes unfold each season. Her nuanced expressions and ability to establish her ground in intense scenes has done immense justice to the novel

The drama far exceeds the standard of television considering the producers’ pursuit for perfection. The performances are Oscar worthy, to say the least. Symbolic language interwoven with hints of helplessness and mystery deserve especial praise. Dialogue delivery and use of sarcasm to provoke and summon a response from the enemy is an art of its own. As a viewer, I could envision June’s life as a handmaid; moments of silence, fear and hopelessness symbolized pain and interminable suffering. The storyline offered no escape for the handmaids and that thought struck a chord with me. 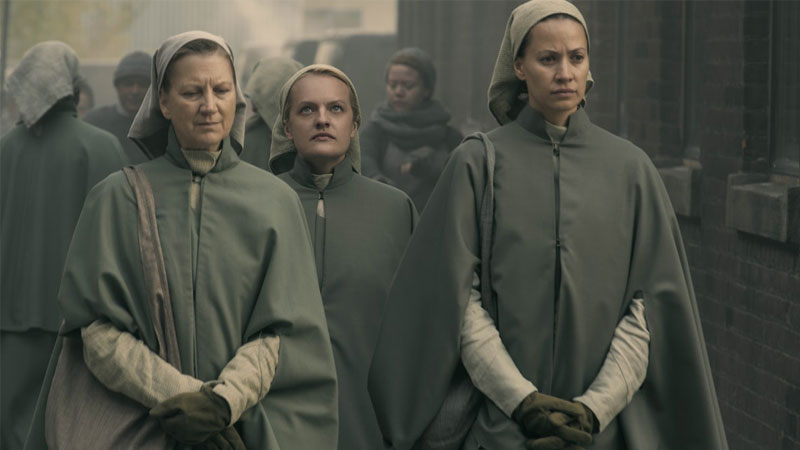 Choice is an alien word to June. If she resists, she dies; if she conforms, she suffers regardless. There is no option to begin with unless she manipulates her superiors. In moments of sheer intensity, Offred pulled off the unthinkable but it sometimes backfired for the worse.

This facet alone pulls you toward the show, and it never fails to disappoint in that respect. Psychological trauma, manifested physically staggers you completely. Upon watching the pilot episode, I was overwhelmed. It surpassed my expectations. Many stories tend to digress from the subject and can be frustrating to watch but The Handmaid’s Tale stands the test of time. I strongly hold that mainstream television can disillusion the viewers however, The Handmaid’s Tale has done quite the opposite. As long as a story is constructive, it can influence the viewers and this play does exactly that. Kudos to Bruce Miller, the creator of the show, for not compromising on storytelling. His work speaks for itself and I am glad that a show of such calibre has gained momentum over the years for its narrative and renewed struggles. It is easily one of the best shows in the history of U.S. television.