That first visit to Saudi Arabia

* On the surface, it has its share of skyscrapers, ultramodern hotels and luxury cars, but beneath the surface, an ancient tradition lurks 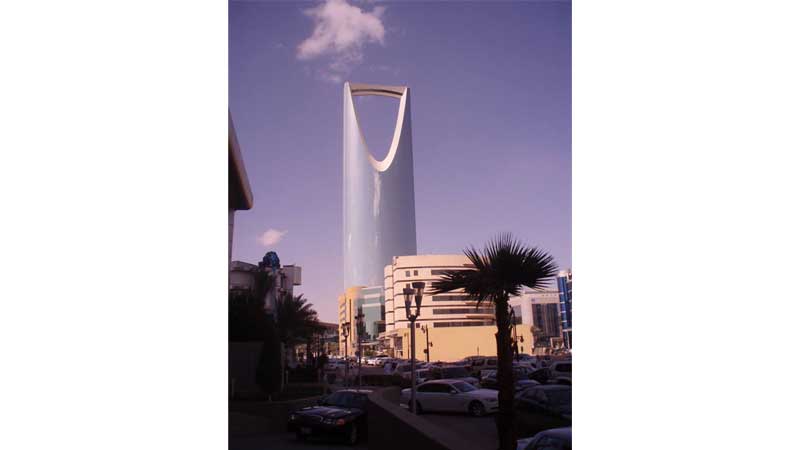 Saudi Arabia had decided to open itself for tourists. That made the headlines because the kingdom has been closed to tourists for decades.

The tourists will encounter a country like no other. On the surface, it has its share of skyscrapers, ultramodern hotels and luxury cars, but beneath the surface an ancient tradition lurks. You can be arrested for taking pictures of routine street scenes.

The tourist should be prepared for multiple cultural shocks.

My first visit to the Kingdom took place in 1994. While I have been there more than a dozen times since, during that first visit I encountered no less than seven cultural shocks.

Just three years after the Gulf War I found myself right in the eastern province, right at the tip of the Gulf, not far from Kuwait where all that action had taken place.

The dust from the Gulf War had not settled yet. Remnants of Saddam’s SCUD missiles were on proud display in a glass display in the lobby of the International Hotel where I was going to be stationed for a couple of weeks.

As it turns out, the fighter pilots of the Royal Air Force were staying at the same hotel. They would come to dinner directly from the adjacent airfield in battle fatigues. I was tempted to chat with them about the performance of the Harrier which they undoubtedly flew but restrained myself.

I was on a business trip. On my first day of work, during the morning break I went down the hall.

There were two bathrooms on each side of the hallway. Both featured the same facial icon near the door. I was not sure which was the men’s room and waited for a man to come along. When he came, I followed him in.

As we came out, I asked him if the other one was for ladies. He said no. It’s an Asian toilet, this one’s a Western toilet. Both are for men. I said where is the ladies room? He asked if I had seen any ladies here. I said no, are they on another floor? He said there are no ladies in the entire building. That was my first cultural shock.

My assignment was to review the company’s methodology for forecasting the demand for its product. The forecast was based on a trend line for all customers but one. For that one customer they just asked the customer for the forecast. This was a giant customer who accounted for more than a third of their demand.

I asked how that giant customer forecast its load. They did not know. I asked them how accurate was the forecast? They said no one has ever asked that question before. Was it impudent of me to ask the question? I did not want to get into an argument, not in a foreign country. So I did the next best thing. I requested an in-person meeting with that giant customer.

I was driven there. There was heavy security at the entrance and the primary guard kept my driver’s license, much to my annoyance. I was concerned I may not get it back. At least 20 guards were hanging by the gate. Perhaps that was one way to prevent a protest from being staged. Second cultural shock.

The tourist should be prepared for multiple cultural shocks

I was pleasantly surprised that the General Manager was a woman in a fancy office. She was a Saudi but was not wearing the black robe that adorns the women there. And her hair was uncovered which seemed to violate not only the local custom but also the law. I was told later that different rules applied within “compounds.”

I asked her a few questions about the demand forecast and without answering a single one, she took me to another room, deep insides the bowels of the organisation, a room which was devoid of windows. Insider the prison cell stood the lone forecaster. He was a Brit with that lovely accent. Here we were in the desert Kingdom, two foreigners discussing the forecasting methodology of this giant company.

Every man in Saudi wore flowing white robes and I bought one for myself and decided to proceed for Umrah. The lyrical descriptions from Muhammad Asad’s book, The Road to Mecca, were fresh in my mind.

At the airport, the security personnel discovered there was a Swiss Army knife in my briefcase. It had been buried in a pocket for years. I thought they would confiscate it. They said just put it in a large brown envelope that was marked “Daggers” and checked it in. I thought I would never see it again. But when the flight landed, it came out with my other bag in the carousel. I was in a country where carrying daggers was common. Fifth cultural shock.

The next morning I walked from my hotel in Medina to the Prophet’s Mosque to say the Fajr prayers. As I entered the mosque the Adhan echoed through its precincts. As the Prophet’s name was mentioned, tears welled up in my eyes.

Then a Saudi man appeared out of nowhere. He looked with derision at my robe and said you would burn in hell because your ankles are covered. My broken Arabic came in handy. I said, “May God bless you with something better.” It had the intended effect. He disappeared. Sixth cultural shock.

When I returned to the Eastern Province, I was driven to Bahrain to deliver a lecture on forecasting. As we entered the causeway, we saw Saudis dashing across at maximum speeds. It was the start of the weekend and paradise lay ahead. At the Sheraton, people were drinking and smoking, and the American troops had their legs spread out on the tables. Pork was on the menu but only for non-Muslims. Seventh cultural shock.

Back home, the opportunity to wear the Saudi attire came at the next Eid. As I started walking toward the prayer ground, a man came up to me and started talking in Arabic. I smiled, said Eid Mubarak and disappeared among the congregation.