Dengue and how it was controlled in 2011

An epidemic had shaken Punjab, and all of Pakistan, to its very core. Tens of thousands had been infected, and over a hundred had already died; the contagion was spreading fast and needed to be controlled. The year was 2010, and the epidemic was dengue, the all too familiar plague that has started to raise its ugly head once again. 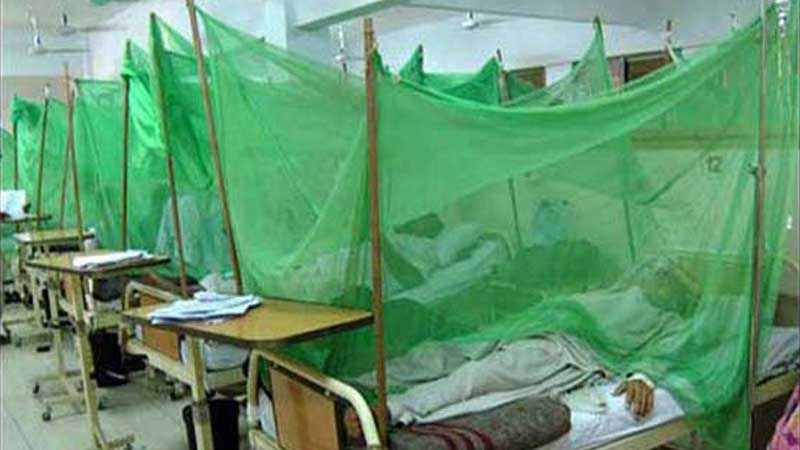 During the 2010-11 outbreak of dengue, over 21,000 people had been infected and more than 350 had died. It is vital to point out that predictive modelling had estimated nearly twice the number of infections and three times the death toll. Somewhere, somehow, the provincial administration in Punjab was able to limit the damage and effectively remedy the situation.

What was remarkable was that international experts and foreign health bodies were amazed at the speed and efficiency of control; the virus that had taken Sri Lanka nearly 30 years to control was effectively controlled in Punjab within three years. How did the then government of Punjab manage to achieve what would later be acclaimed as a success story around the world? How did we manage to eradicate the virus completely in three years versus other nations that had fought decades long battles and lost thousands of lives?

The answer lies in perhaps what was one of the most coordinated efforts of public machinery coming into action in recent history. Throughout the province, but particularly in urban areas, all government departments and autonomous bodies were charged with outperforming in their individual domains. From entomologists analysing larvae of the Aedes mosquito, to wildlife experts promoting fish species to control these larvae, to teachers conducting awareness campaigns in schools and launching of social action programmes at universities and colleges, everyone was going the extra mile in his or her capacity to meet a common goal.

Dengue is a mosquito borne disease, generally limited to tropical and sub-tropical areas of the world, according to the Mayo Clinic. Over the past decade or so, however, the disease has started to spread, largely due to a combination of urbanisation, poor water sector services, including sanitation, and environmental changes. A study by the Oxford University places Pakistan, along with Indonesia, Sri Lanka, Brazil, and India, at high risk for dengue.

Dengue Virus or DENV is a flavivirus that causes flu-like symptoms, including high fever, headache, muscle and joint pain, and vomiting, accompanied by a skin rash. If not treated, the symptoms can culminate in bleeding and eventually, death. Dengue is spread when the female Aedes aegypti mosquito bites an infected person carrying the virus. This infected blood is then spread as the mosquito bites other individuals.

It is crucial to point out that the Aedes aegpyti is a daytime feeder, and peek biting times are early mornings and the time before sunset. It prefers to bite indoors, and lives in or around households and population. It can bite people without being noticed because it approaches from behind, generally biting ankles and elbows.

According to the US Centre for Disease Control (CDC), this particular mosquito is small and dark, with white markings on its body. The Aedes aegpyti mosquito thrives in shady areas and household plants. It is extremely common in areas with poor sanitation services and lacking piped water systems, allowing puddles to form on a daily basis. Artificial or natural water containers (water storage containers, desert coolers, water dispenser trays, flower pots, discarded tyres, plates under potted plants, vases, flower pots, buckets, tin cans, clogged gutters, fountains, water bowls for pets, puddles in parks and graveyards etc.) that are within or close to places where humans live are ideal larval habitats for this mosquito. Larvae have also been found in underground water tanks, sewerage and septic tanks, drains and wells. Monsoon and post-monsoon periods when puddles are abundant provide an ideal opportunity for dengue to gain a strong foothold. Urban flooding, the likes of which were witnessed in Karachi and Lahore this year, further exacerbate the problem, creating puddles and humid spots that allow an exponential increase in the population of Aedes mosquitoes.

The CDC further elaborates that Aedes aegpyti is dependent on standing water for laying eggs, preferring dark coloured water containers. The eggs can survive in wet or dry conditions for as long as six months before hatching into larvae; however, they cannot stand the cold. The maturity cycle of this mosquito, from egg to adult, is as little as a week, and its lifespan is around three weeks. This makes it an extremely effective vector for disease.

How did we manage to eradicate the virus completely in three years versus other nations that had fought decades long battles and lost thousands of lives?

Taking a look back at the government of Punjab’s performance from 2011, a few key policy actions that stand out are highlighted in the book, Dengue Prevention and Control: The Lahore Model of Success. For starters, one of the major game changers in Punjab was the efficient analysis and utilisation of data. Information on patient numbers gathered from public sector hospitals was analysed using the Geographic Information System (GIS) technology to identify areas with high incidence of the disease. Out of 150 Union Councils of Lahore, the ones with most reported cases were highlighted and common factors, namely graveyards and parks, were identified as two major sources of Aedes larvae. 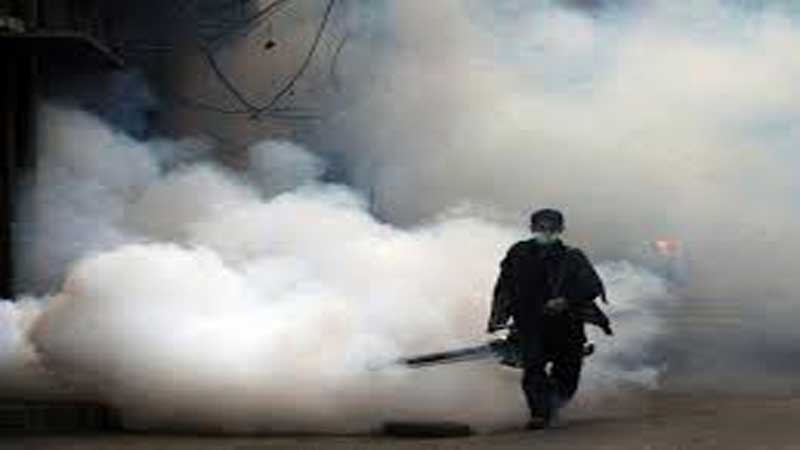 Subsequently, the Parks and Horticulture Authority (PHA) fogged major parks in the city, while the Local Government and Community Development Department suitably treated graveyards. Chemical eradication of vector colonies, verified by post-activity larvae surveys, contributed to the containment of the epidemic. Town Municipal Administrations (TMAs) conducted Internal Residual Spraying (IRS) in homes of patients and surrounding residences to avoid any further spread of the disease. Heavily strained medical facilities, overwhelmed with the sheer number of patients, were facilitated with the establishment of field hospitals by the Provincial Disaster Management Authority (PDMA).

An emergency outreach campaign by the Auqaf and Religious Affairs Department took on board ulema, imams, and scholars at shrines and seminaries to increase awareness about the epidemic through sermons. The Cooperative Department collaborated with private housing societies for vector control, while the Environment Department confiscated and treated rubber tyres to prevent vector breeding. The Lahore Waste Management Company sped up elimination of dengue breeding hotspots identified during earlier surveys. The Punjab Information Technology Board (PITB) established a helpline, the Electronic Complaint Routing System (ECRS), to direct complaints to concerned departments for quick resolution. Citizens were also able to use this service to speak with one of 150 doctors specially appointed to answer queries round the clock. Similarly, other government departments, including Irrigation, Education, Social Welfare, Transport, and WASA, took necessary steps in their respective domains.

The final nail in the coffin was the arrival of winter: the Aedes mosquito and its eggs cannot stand temperatures below 14oC. This by no means should undermine the government of Punjab’s relentless efforts to bring one of the worse epidemics Lahore witnessed in modern times.

Dengue is a fairly recent phenomenon in Pakistan; WHO reports that the first case occurred in Pakistan in 1994; however, it wasn’t until 2010-11 that it reached the level of an epidemic. The successful method with which dengue was systematically controlled relied on easily replicable policy interventions, which are also outlined in the aforementioned book. These policies include an annual fumigation drive before the onset of the monsoon season each year to nip the evil in the bud and prevent any breeding and spread of the Aedes mosquito and its larvae; control and elimination of stagnant fresh water ponds following monsoon rains and urban flooding; and an effective outreach campaign that doesn’t just inform but also enacts large scale behavioural change.

Finally, the present government may also consider establishment of joint task forces with representatives from the aforementioned key departments and other allied sectors to enact a plan of motion for the control and eradication of Aedes aegypti at the peak of the monsoon season.

The writer is a development sector professional and an alumnus of Texas A&M University. He has served the Government of the Punjab’s Primary & Secondary Healthcare Department, the Punjab Public Health Agency, and the Provincial Disaster Management Authority of Punjab