* Everything I learned, I learned from the movies — Audrey Hepburn

Films came into being in 1895 in France, the United States, the United Kingdom and Germany, followed by Russia.

It has now been 125 years since the audience have been spellbound by this magic. What came in between is black and white silent shorts followed by high speed comedy, sound with musicals, colour and cinemascope/widescreen. All this came to an end by end of 20th century with analogue (35mm) going into the past and digital taking over, both film production and exhibition.

Over the past 12 decades and more, many filmmakers around the world have become household names. It is difficult to sum up their performance and artistic endeavours in few paragraphs. Keeping that in mind here are 5 remarkable filmmakers whose work is now integral part of film history. 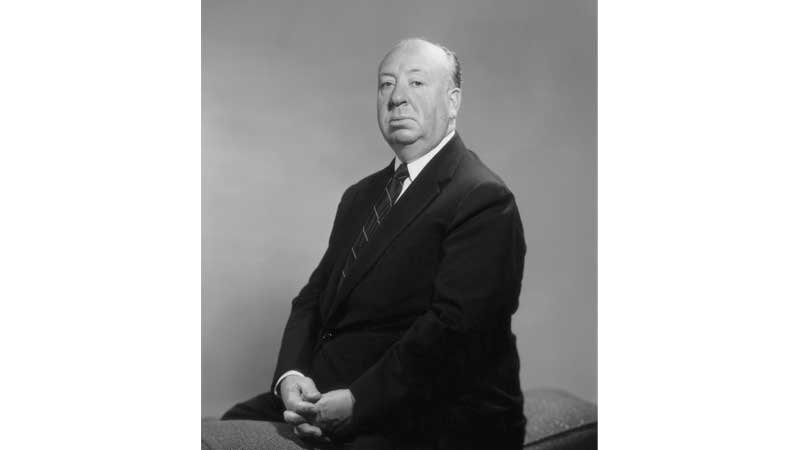 Master of Suspense – the name of Alfred Hitchcock in genre of suspense films cannot be separated. He was an English film director who started his career in British black and white silent era and his road to Hollywood at Universal Studios and beyond makes him one of the most memorable filmmakers. He directed over 50 feature films, introduced many innovative filmmaking techniques and did cameo roles in most of his films. From The 39 Steps (1935),Rope (1948),Rear Window (1954), Vertigo (1958), North by Northwest (1959), Psycho (1960), The Birds (1963), to Family Plot (1976)and many others, it was a passage which excited, thrilled and horrified the film audience worldwide.

In 1968, Alfred Hitchcock was presented with the Irving G. Thalberg Memorial Award (an Honorary Oscar) by the Academy of Motion Pictures Arts and Sciences for consistent reflection of high quality in motion picture production. In 1979 Queen Elizabeth II knighted him, making him Sir Alfred Hitchcock. 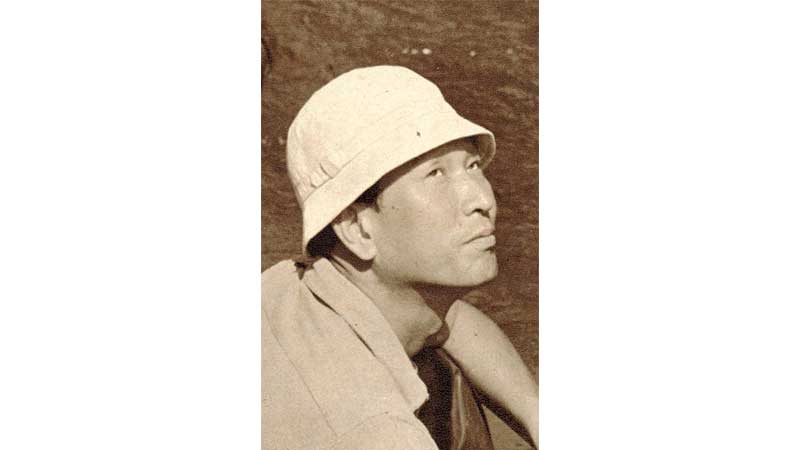 The man who brought Asian cinema into the international limelight – Akira Kurosawa is a name to be reckoned with not just with Japanese screen but worldwide art film audiences and is considered to be one of the most influential filmmakers in the history of cinema. He is the man whose work was seen and appreciated from American art house audience to Indonesia and from Iran to European countries. It wasn’t just Kurosawa’s Rashomon (1950) containing different versions from the same story (attracting Hollywood for a remake The Outrage (1964)) and Seven Samurai (1954) (The Magnificent Seven (1960, 1969, 1972, 2016) made several times) but his many other masterpieces for which he was awarded and rewarded on the world film stage.

With a film career spanning over 57 years he directed 30 feature films including memorable titles such asIkiru (1952), Yojimbo (1961) and Ran (1985). In 1990 he received the Lifetime Achievement Academy Award (Oscar). 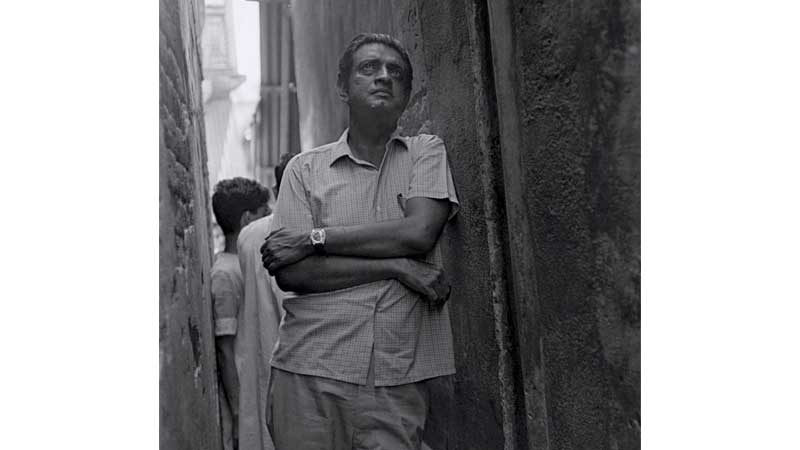 Harsh and ruthless realism – no one ever knew that an unknown sketch artist would make his impression on the worldwide art house audiences through images of poverty, deprivation and innocence. Satyajit Ray belonged to a family which was prominent in arts. He is considered as a very important filmmakers of the 20th Century and his bleak black and white images of children, men and women of Bengali villages would gain both sympathy and popularity. Almost all his films were in Bengali (spoken entirely in West Bengal) and affirmed that limitations of language are no barin appreciating cinema. He directed 36 films including feature films, documentaries and shorts. His notable films include The Apu Trilogy (Pather Panchali (1955), Aparajito (1956), ApurSansar (1959)), Jalsaghar (1958) and Shatranj KeKhilari (1977).

Over the past 12 decades and more, many filmmakers around the world have become household names

In 1992 Satyajit Ray indisposed in Calcutta was not able to travel to Los Angeles to receive Lifetime Achievement Academy Award (Oscar). The officials of the Academy of Motion Pictures Arts and Sciences came to him to bestow that honour.

Auteur-Director – French New Wave – film critics and filmmakers are world apart. However, Jean-Luc Godard and Francois Truffaut made sure that film was part of art, be it filmmaking or film criticism and film appreciation. The French New Wave in French Cinema owes both to Godard, Truffaut and many others. Back in the sixties Godard mesmerized the rebellious young generation and the elders in quick succession with films like Breathless (1960), Contempt (1963), Band of Outsiders (1964), Alphaville (1965), Masculine Feminine (1966) and many others which were different from traditional French Cinema. In these films the story did not always move in a sequence of beginning, middle and end but in flashbacks, flash forwards and jump cuts. Godard not only criticized mainstream French Cinema but also went against the conventions of traditional Hollywood.

The audience at first challenged the cinema and then they became part of it, hoping for a new Godard film.

In 2011 Godard was awarded an Honorary Academy Award (Oscar) but he did not attend the ceremony. He has a prolific profile as a filmmaker and has directed over 50 feature films. 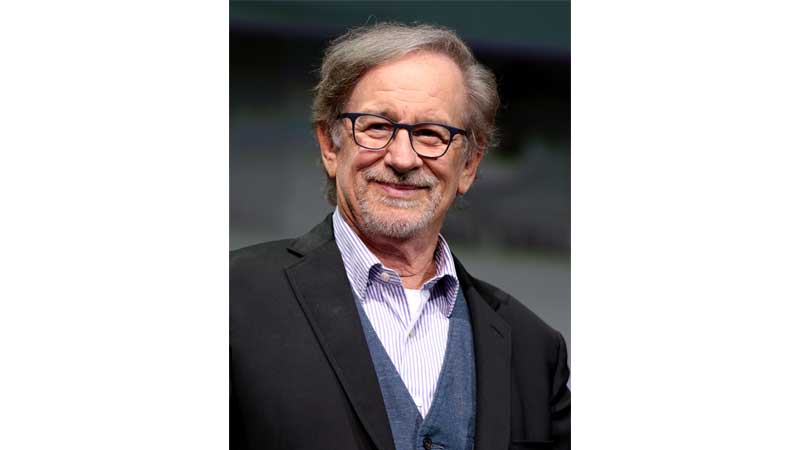 The cream of art and commercial Hollywood – Steven Spielberg is an American filmmaker and is considered as one of the pioneers of the New Hollywood Era. He represents the Hollywood film school generation who are academically qualified. Spielberg before had made films on 8mm and other formats in his childhood. Knowing every nitty gritty of the medium, he graduated into blown-up commercial cinema with memorable titles including Jaws (1975, considered to be the first summer blockbuster movie), Raiders of the lost Ark (1981) and Jurassic Park (1993). And that is not all when it came to challenging subjects closer to life Spielberg’s name shines on the movie marquee with The Color Purple (1985), Schindler’s List (1993), Saving Private Ryan (1998) and Lincoln (2012).

Spielberg co-founded 2 film production companies, Amblin Entertainment in 1981 and DreamWorks Pictures in 1994. He has received the Academy Award (Oscar) for Best Director two times, in 1994 for Schindler’s List and in 1999 for Saving Private Ryan.

Spielberg is praised for his style and versatility. He has directed above 40 feature films and his films have grossed over $10 billion at worldwide box office.

The writer is a teacher based in Islamabad. He can be reached at 89.jamalsohail@gmail.com