Daenerys Targaryen’s hair is just as iconic as her dragons on Game of Thrones, and it seems that star Emilia Clarke wanted to take a bit of it with her once the show wrapped.

However, the star has admitted that HBO haven’t actually let her take the wig home as a memento from her time on the show. Dracarys!

“I was like, ‘Pretty please, can I have a wig?'” Clarke recalled to Access Hollywood. “Because that’s my thing, it’s my hair. They were like, ‘Yeah, sure, maybe.’ 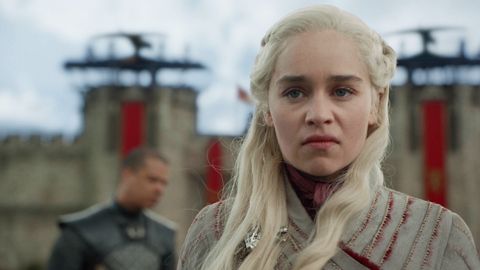 “I have not seen the wig! We wrapped, like, a year and a half ago! I’m waiting for my wig.”
Better give her the wig, guys. She still has one dragon, after all.

Emilia and the rest of the cast’s departure from the series came after Game of Thrones’ divisive final season, which recently scored 12 Emmys.

Despite fan controversy over how Game Of Thrones’ eighth and final series ended in May, the HBO behemoth was the runaway winner at this week’s Emmys. It picked up 12 awards, including the most prestigious prize of Best Drama Series.