The doctors and staff of the Pakistan Institute of Medical Sciences (PIMS) staged a protest against the Medical Teaching Institute (MTI) act.

The protest was called by All Employees PIMS Restorations Movement which also arranged a sit-in in front of National Press Club to raise their voice against the proposed transformation of the PIMS into a medical teaching institution.

Addressing the protesters, Dr Asfandyar Khan said that it was decided by professors, consultants, medical officers, nurses, paramedics, and gazetted and non-gazetted staff to hold a protest against the proposed PIMS Reforms Act, 2019, and demanded its immediate withdrawal. 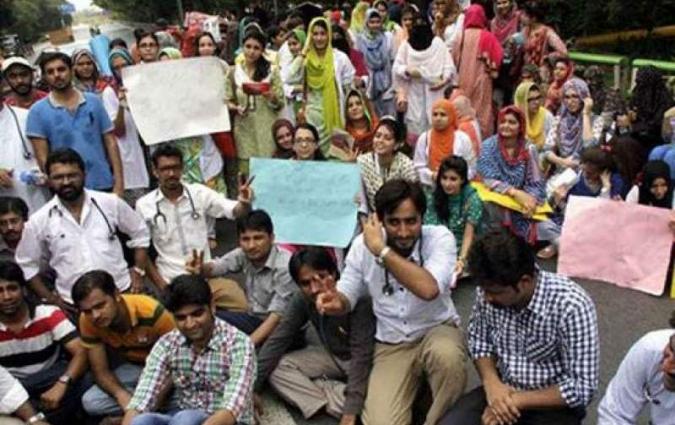 He said that the PIMS staff fully rejected the privatization of PIMS in the name of reforms. The ministry had promised that the hospital will remain in Schedule-III and that the proposed legislation will be made only with the consent of the hospital employees.

Notably, the doctors and other staff have decided to continue their protest in favour of their demands. He asked the ministry concerned to implement its pledges including an increase in salary packages for doctors.

He added despite assurance they didn’t fulfil their promise and decided to implement on their decision regarding MTI act. He said that all PIMS staff are united and decided to continue this protest until their demands are accepted by the quarters concerned.