NEW YORK: Americans thronged to polling stations to play their part in a historically unique presidential election after months of ugly and nerve-racking campaigns.

Long queues – as soon as voting began across the United States – suggested a better turnout compared to 2012, when less than 55 percent of Americans had voted and re-elected President Barack Obama.

Democrat Hillary Clinton held a narrow lead in opinion polls over Republican Donald Trump, as millions turned out to vote for the next president after one of the most negative campaigns in US history.

Besides choosing the next White House resident, Americans also voted to fill 34 of the 100 Senate seats and all 435 House seats. In order to secure the presidency, a candidate needs 270 electoral votes.

The final projections by the Princeton University indicated Clinton clinching the victory with 323 electoral votes, the Democrats winning the Senate with 51 seats and the Republicans winning the House.

Quoting several analysts, Reuters said the Democratic Party was very slightly favoured to wrest control of the Senate from the Republican Party. The Democrats’ hopes of making major gains in the Republican-controlled US House of Representatives and Senate had been dampened in the closing days of the election campaign.

Clinton and her husband, former President Bill Clinton, cast their ballots in New York at 8am. Later, the Democratic candidate spent the rest of the day at home before heading to a Manhattan hotel to await returns. As soon as she walked out of the polling station, she was greeted by chants of “Madam president”.

“It is the most humbling feeling because I know how much responsibility goes with this and so many people are counting on the outcome of this election,” she told journalists.

Trump, who also cast his vote in New York, stuck to his usual sarcasm on the Election Day. He told Fox News Channel’s ‘Fox and Friends’ Tuesday morning that his supporters’ intensity would usher him into the Oval Office. He mocked Clinton for relying on celebrities, including Jay-Z and Beyoncé, to generate large crowds at the close of her campaign.

“I could do that, too, you know, but I’m filling up rooms just on the basis of what I’m saying,” the New York businessman said. “I don’t need anybody to fill up the room.”

The US media called it the most divisive and unpredictable presidential race in modern memory, but also predicted that the voters could push turnout to new levels in some places even as many decried the campaign’s harsh and bitter tones.

Both Republican and Democratic candidates delivered different messages, as they called for Americans to come out and vote.

More than 250 Americans were eligible to vote. Data showed as many as 45 million had already cast their vote in early voting that ended on November 6. The early voting in Florida and North Carolina might be of great help to Clinton. 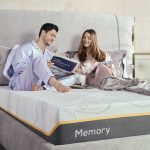 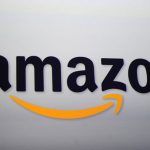 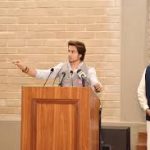