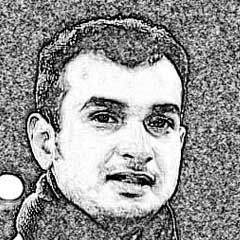 Today UN Secretary-General Antonio Guterres has convened Climate Action Summit 2019 with a theme of A Race We Can Win. A Race We Must Win1. But unfortunately, major stakeholders seem to walk with a snail’s pace, and it doesn’t seem to be won soon. Keeping in view the recent deterioration of the environment by Brazilian President cutting Amazon rainforests2 and Trump’s withdrawal from Paris agreement3 and calling it a hoax, points out that world leaders have turned a deaf ear to the climate change that is an existential threat and the biggest problem that mankind is facing today. Their irresponsible attitude to this grim reality is irreversible because environment once destroyed can never be regained in its original form. They should know that the effects of climate change have threatened human beings and all living beings on Earth. Deadly Floods, Rising Sea levels, Burning Heat, Severe Droughts, Wildfires, and Killing Storms have destroyed our nations, our communities, our health, our infrastructure, our economy, and above all the future of our generations.

Moreover, the fault doesn’t lie in their hands alone but also to the whole mankind who are irresponsibly living on this planet as if we have found enough space to live on the moon or any other celestial body nearby. Our activities have harmed every being on this planet: sea life is overwhelmed by our garbage, plastics and rubbish has covered the oceans and regular forest fires due to our minor negligence.

These all problems have led to the climate change. Now, first let’s understand what climate change is and finally put forward some solutions.

Climate change is due to global warming by the emissions of greenhouse gases CO2, NO2 and Methane4. They are depleting the ozone layer and thus increasing the global temperatures. It is manifested through increased flooding, increased temperatures in summers and long winter periods. The main culprit, in this case, is the too much emission of CO2 in the atmosphere. And it has increased by 40 percent in the last 150 years. But the carbon story doesn’t end here, human beings are releasing 9.4 billion metric tons of carbon into the atmosphere by fossil fuels combustion5, deforestation and animal farming who excretes methane and other gases.

We have to wake up now and change. It’s our responsibility to protect Earth. We have to change everything and change it from now

We must blink now and let’s not convert these climate crises into the climate collapse.

It is necessary to do something about it, and I am pretty optimistic that if we follow the solutions given below, we can stop further deterioration of the environment.

Joanne Chory, Plant Geneticist, is of the view that supercharged plants can slow climate change. The plants are the fantastic machines which are good at eating up CO2 for their living due to photosynthesis. So, they can help us in reducing our emissions. How? Here is how. Nearly every plant has got a natural product called Suberin that is present in plants’ roots and stores CO2 excessively. Simultaneously, We have developed CRISPR gene-editing technology that will be used to change traits in plants: more suberin, more roots, and the deep roots6. It has been successfully done in a model plant called Arabidopsis. The technique is to reduce carbon emissions and plants are the best machines to do that.

Also, the development of underwater farms by regenerative ocean farming can be a panacea as plants are the sources of carbon storage, these oceans farms will provide more area for the plants to grow in huge numbers; thus, battling climate change.

Joe Lassiter, energy scholar says coal and the natural gas consumption are the prime reasonsforCO2 emissions that is at the root cause of climate crises. He suggests that it is pertinent to reduce carbon consumption to global zero for ending climate change, but it seems from our activities that CO2 emissions will continuously grow for the next 30 years. Joe blames the bulk of growth comes from developing countries China, India, South Africa and Brazil. He opines that nuclear power can solve the climate crises, only if it replaces carbon use. He further says nuclear power can provide cheap electricity to every home on earth, if only we give it a chance.7

But another soil scientist Asmeret Asefaw Berhe has a solution that’s right under our feet. Yes, you’re right. It’s the soil. Because half of the emitted carbon is taken by the land and seas through a process called carbon sequestration. There is about three thousand billion metric tons of coal in the soil. It’s double than that of in plants and air combined. Soil stores the carbon and it can be stored for thousands of years and more. What it requires are deep-rooted plants, reduced tillage, no soil degradation, grazing, and even adding carbon from recycled resources. France has already started it with the name “4 per 1000”, and carbon storage has increased by 0.4% annually in the soil using climate-smart land techniques.5

These are some solutions that world leaders should have consensus on. We have to wake up now and change. It’s our responsibility to protect Earth. We have to change everything and change it from now. It’s time to act and decarbonization. Let’s blink now; otherwise, we all will soon suffocate to death.

The writer is a Research Fellow at EMRO, World Health Organisation