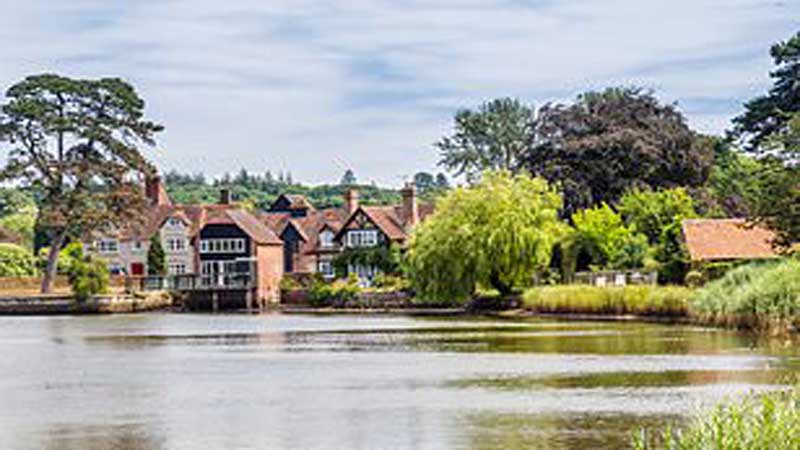 Beaulieu means ‘beautiful place’ in French and was given the name by monks My cape, gloves and goggles are on and I’m in the driving seat of a 1904 6hp Pope Tribune, ready to break the 20mph speed limit.

Dressing up as an early 20th century motorist for a good photo opportunity is just one of the fun things you can do at the fabulous Beaulieu National Motor Museum, a major attraction of this delightful part of the New Forest.

Set up by the late 3rd Baron Montagu, with the museum growing from his own collection of veteran cars, there are more than 250 vehicles on display.

I was intrigued by Grenville’s Steam Carriage from 1875, believed to be the oldest self-propelled passenger-carrying road vehicle but which was never marketed. Steam worked for railways and ships, but alas not for cars.

Beaulieu has much to offer even if you’re not into vintage automobiles. My wife and I took a short ride in a replica 1912 London double-decker to the ruins of the 13th-century Abbey, once the largest Cistercian building in Britain.

lose by, and past lovely Victorian flower and kitchen gardens, we entered Palace House, home of the Montagu family since 1538. During World War II it was used as a finishing school for Special Operations Executive (SOE) agents. A ‘Secret Army’ exhibition revealed that one of the trainers was Kim Philby, ironically a secret agent himself. 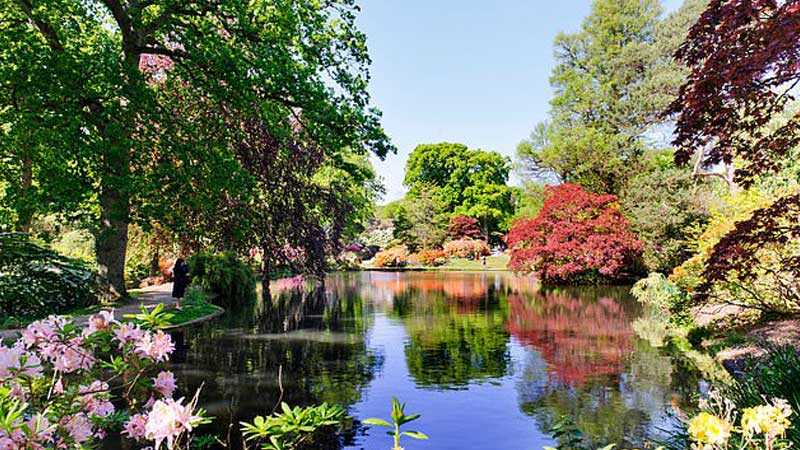 Beaulieu means ‘beautiful place’ in French and was the name given to the settlement by the abbey’s monks. The village itself is picture-postcard perfect. It has red-bricked buildings and swans sit by the head of the river.

If the food was as good then as now, he was a lucky man as the meal we had in The Terrace restaurant was sublime. I opted for the five-course ‘Tasting Menu’. Highlights included the Chalk Stream Trout, with Hampshire watercress, pine nuts and lemon, and the Fillet of Hampshire beef.

Less then four miles away are the utterly magical Exbury Gardens, created by the banker-turned-horticulturalist Lionel de Rothschild, and which celebrates its centenary this year.

There are more than 200 acres to explore and to help you get around there are buggy rides and also a miniature steam railway, built by Lionel’s railway enthusiast son Leo, who, well into his eighth decade, loved to put on his blue boiler suit and take to the footplate.

We were late for the flowering of the magnificent rhododendrons and azaleas, but we were in time to savour the brilliant blue and pink colours along Hydrangea Walk, surely one of the prettiest woodland paths in the country.

We came across a little sheltered cemetery with headstones dedicated to the Rothschild family dogs. One was described ‘Our dear and faithful friend Jip 1958-72’. Another commemorated ‘Scott’ ‘who really smiled when pleased’.

Driving in the New Forest is a delight and means keeping an eye out for the wild ponies which come right up to the road’s edge. The cows do the same.

The area is great, too, for walking and cycling. We took the footpath to Buckler’s Hard, a two-mile route, combining lovely woodland and riverside scenery. Our destination was the 18th century village where Admiral Nelson’s Navy ships were built. If there is a more fascinating corner of Britain than ‘Beautiful Place’, I’ve yet to visit it.