Notably, the bail was granted by the Peshawar High Court in the Kharqamar attack case.

Dawar and Wazir, who are closely associated with PTM, were warmly received by the PTM workers when they came out of the prison, who had been waiting outside for nearly six hours.

Abdullah Nangiyal, a PTM member complained that Haripur jail authorities had received the legal documents and release orders before 6 pm on Friday but the MNAs were released at 12:30 am.

“The court order was sent via courier which considerably delayed the release for almost two days,” he added.

He further added both parliamentarians had later travelled to Peshawar to unite with their families. 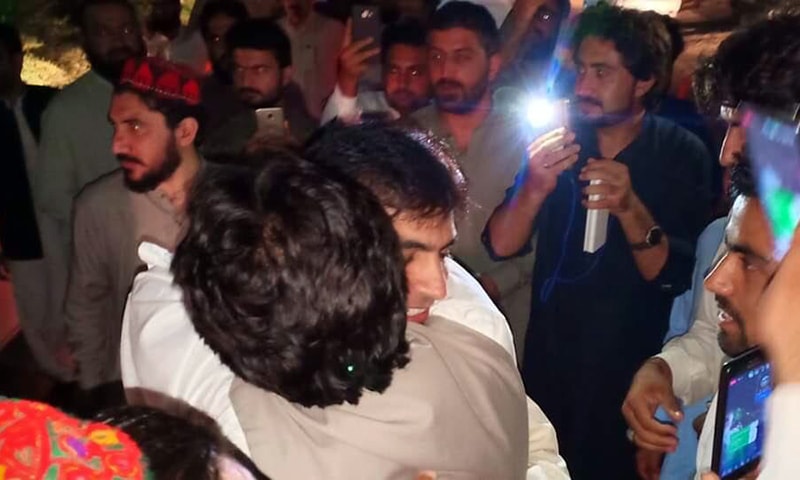 On Wednesday, the Bannu bench of the high court headed by Justice Nasir Mehfooz had tentatively accepted bail petitions of the MNAs on the condition of providing two guarantee bonds of Rs1 million each. Moreover, the court directed the two lawmakers to appear before a relevant police officer once a month and barred them from travelling out of the country.

As per the details, the bench stated that the conditional bail was granted only for a period of one month, and will be subject to the condition of “good behaviour” by the MNAs and before the expiry of that period they will be supposed to file fresh bail applications in the high court.

Notably, Dawar and Wazir were primarily charged in an FIR registered at the Counter-Terrorism Department (CTD) police station, Bannu, on May 26 after a clash between PTM members and Army personnel near the Kharqamar check post in North Waziristan, which had resulted in the deaths of 13 persons and injuries to several others.

A Bannu anti-terrorism court last month had granted bail to the PTM leaders in the second case referring to to the blast in Doga Macha.

Both Wazir and Dawar were already in CTD custody at the time of the IED blast ─ they had been arrested following the May 26 Kharqamar check-post attack. Wazir had been arrested the day of the attack, while Dawar surrendered himself to security forces a few days later.