Modi faces lawsuit in US over human rights abuses in Kashmir

HOUSTEN: A pair of Kashmiri citizens sued the prime minister of India on Thursday in federal court ahead of his much-anticipated arrival in Houston, asserting that his unilateral annexation of their homeland caused the detention, disappearance and deaths of their loved ones amid ongoing tensions in the valley.

The region, in the foothills of the Himalayas, has been a subject of a heated dispute between India and Pakistan since partition in 1947. However, in August, Modi scrapped Kashmir’s special status, a radical move that intensified the conflict in Kashmir and heightened tensions with Pakistan. Furthermore, the group behind the lawsuit claims the annexation to be a clear violation of international law.

Furthermore, during the G7 Summit, Modi dismissed President Donald Trump’s offer to mediate between India and Pakistan over the protracted conflict of Kashmir. Some international flag-bearers of the human rights community have criticized Trump’s silence about the Kashmir turmoil.

Notably, the 73-page lawsuit alleges Modi; his minister of home affairs, Amit Shah; and commander of the Indian Army, Lt. General Kanwal Jeet Singh Dhillon, for carrying out extrajudicial killings, emotional distress, physical torture, using rape as strategic weapon, crimes against humanity and inflicted “cruel, inhuman, degrading treatment or punishment” upon Kashmiris during the military exercise. They maintain that Modi and his henchmen have created a public nuisance and are guilty of negligence by not preventing the “deliberate, willful, wanton, malicious, intentional and/or oppressive” killings of Muslims in the regions of Jammu and Kashmir.”

Coupled with, a number of Kashmiris have been killed since the crackdown and many have unable to get proper medical treatment. They further asserted that Indian officials have enforced a curfew, cut off communication and access to necessities.

Prime Minister Modi is booked with the charges under the Torture Victim Protection Act 1991, a federal statute that allows civil suits within U.S. territory against foreign officials suspected of committing torture or extrajudicial killing. 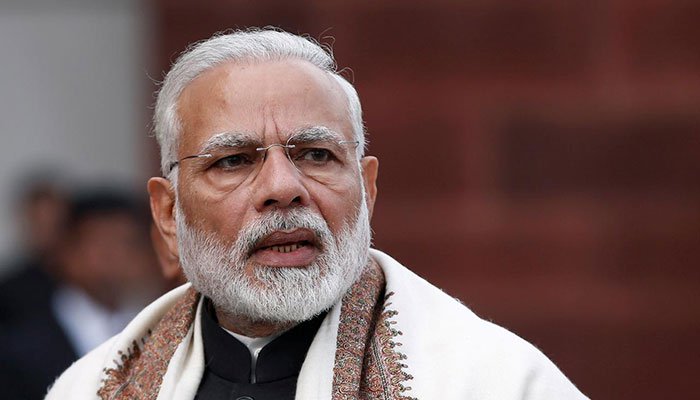 The two unnamed petitioners in the Modi lawsuit are U.S. based Kashmiris. Their New York attorney, from an organization called the Kashmir Khalistan Referendum Front, plans to submit the case as a class action.

“We want to hold a human rights violator like Modi accountable,” said Gurpatwant Singh Pannu, whose group is focused on a right to self-determination campaign for the state of Punjab. Since the annexation this summer the campaign has been advocating on behalf of the people of Kashmir.

“He can only escape if he has been granted immunity by the U.S. Department of State,” Pannu said. “Otherwise, the facts and the law are on the side of the victim.”

Pannu said Modi and the two other officials do not enjoy immunity since the U.S. State Department typically intrudes in such cases to ask the judge to grant officials immunity from civil lawsuits.