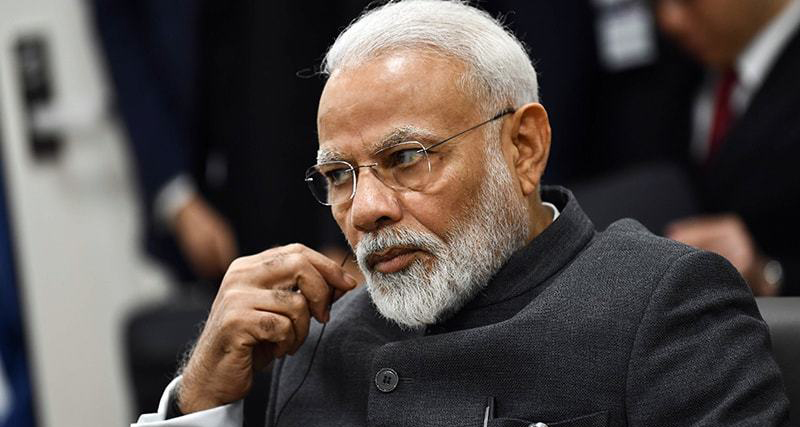 Pakistan has refused a request from Indian Prime Minister Narendra Modi to use its airspace on a flight to Germany, Foreign Minister Shah Mehmood Qureshi said on Wednesday, as tensions between the two nations ran high over the disputed region of Kashmir.

“Keeping in view the situation in Held Kashmir … we have decided that we will not allow the Indian prime minister,” Foreign Minister Qureshi said in a video released by the foreign ministry. He said the Indian high commissioner in Islamabad had been informed of Pakistan’s decision to not allow Modi’s aeroplane – the VIP jet Air India One – to fly over the country.

Qureshi noted that the Indian government had sought permission to use the Pakistani airspace for Modi to travel to Germany. “India had requested Pakistan to allow Modi to use its airspace to travel to Germany on the 21st and return on 28th,” he said. “However, considering the situation in the occupied valley and India’s behaviour, including the violence and aggression and the denial of rights in Kashmir, we have decided not to give permission to the Indian prime minister,” he said. “We have conveyed this decision to the Indian high commissioner,” he added.

The request comes at a time of high tension between Pakistan and India following the Indian government’s decision to unilaterally revoke Article 370 of its constitution, which granted special autonomy to Held Kashmir. A communications blackout and heavy restrictions on movement imposed by the Indian authorities from the eve of this development have been in place for 45 days now.

Earlier in September, Pakistan had decided to refuse a request by India to allow its president Ram Nath Kovind to use Pakistani airspace for his flight to Iceland. The government had also considered closing the entire Pakistani airspace to Indian flights. However, no decision was taken on the matter.

In February, Pakistan had closed its airspace to Indian traffic after aerial dogfights following the Pulwama attack ratcheted up tensions between Islamabad and New Delhi. It reopened its skies for all civilian traffic in July, ending months of restrictions affecting major international routes.

Following this, in August, Modi used Pakistan’s airspace to travel to France for an official visit.