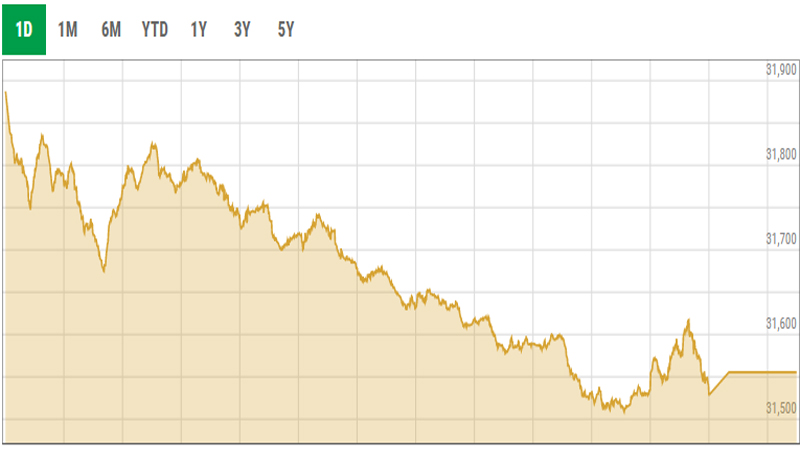 The KSE-100 index remained negative throughout the trading session and retraced its footsteps following a weak finish to the previous session on Wednesday. The foreign investors settled as net buyers on Tuesday with a net inflow of $1.62 million. Profit taking was witnessed in Oil& Gas sector amid a plunge in oil prices as Saudi Arabia said its oil output will return to normal by the end of this month, with half the production lost in drone attacks on two key facilities already restored.

Worldcall Telecom was the volume leader with the 10.3 million shares followed by the Pak Electron Ltd with 8.5 million shares today at the end of the session. OGDC announced its financial results for the second quarter FY19 wherein the company posted earnings of PKR33.1bn (EPS: PKR7.69), up 16/51% QoQ/YoY, in-line with street consensus.

According to a notification sent by the exchange, a re-composition of the KSE-100 Index has been carried out which would be effective from October 1, 2019. The companies which would be included in the index are Indus Dyeing Manufacturing Company Limited (IDYM +5.62pc), JDW Sugar Mills Limited (JDWS 0.00pc), Feroze 1888 Mills Limited (FML -0.01pc) and Azgard Nine Limited (ANL +0.38pc).