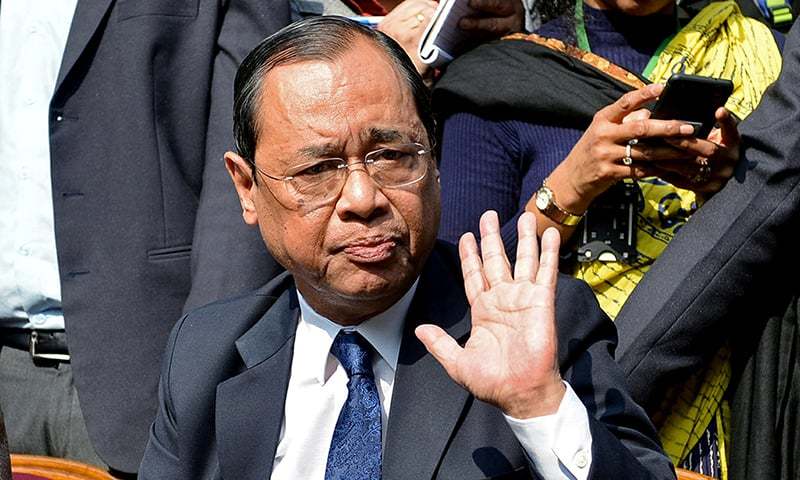 Chief Justice of India Ranjan Gogoi on Monday said that he will himself visit Srinagar if the situation in Kashmir is as dire as people are suggesting.

The CJI was responding to claims made by Anuradha Bhasin, the editor of Kashmir Times as well as child rights activists Enakshi Ganguly and Professor Shanta Sinha.

As Anuradha Bhasin’s lawyer Vrinda Grover began her arguments, Justice Bobde said as the so-called shutdown is in the Kashmir Valley itself, then it can be dealt with by the Jammu and Kasmir High Court.

To this, Vrinda Grover replied that internet and public transport is not working in Jammu and Kashmir and hence it is difficult for people to approach the J&K High Court.

Later, the court began hearing the plea filed by child right activists Enakshi Ganguly and Professor Shanta Sinha against the alleged illegal detention of children in Jammu and Kashmir since the revocation of special status.

The petitioners pleaded that persons below 18 years of age who have been detained or arrested should be released.

The CJI said that the petitioners should approach the Jammu and Kashmir High Court.

The lawyers for the child rights activists cannot access the High Court.

“If you make a statement that it’s difficult to approach the HC, it’s a very serious statement. Is anyone coming in the way of you going to the high court? Please tell why?” CJI Gogoi asked.

The lawyer told the bench that the Kashmir shutdown is preventing people from approaching the court.

The Supreme Court has now sought a report from the J&K High Court Chief Justice on allegations that people are finding it difficult to approach the HC.

CJI Ranjan Gogoi said, “It’s very very serious if people are unable to approach the High Court, I will myself visit Srinagar.”

“If J&K HC chief justice’s report indicates contrary, then be ready for consequences,” CJI Gogoi warned a lawyer representing one of the petitioners.

The apex court on Monday asked the Centre to make all endeavours to restore normalcy in Kashmir as soon as possible.