Pain of scuba diving deaths off California felt across globe 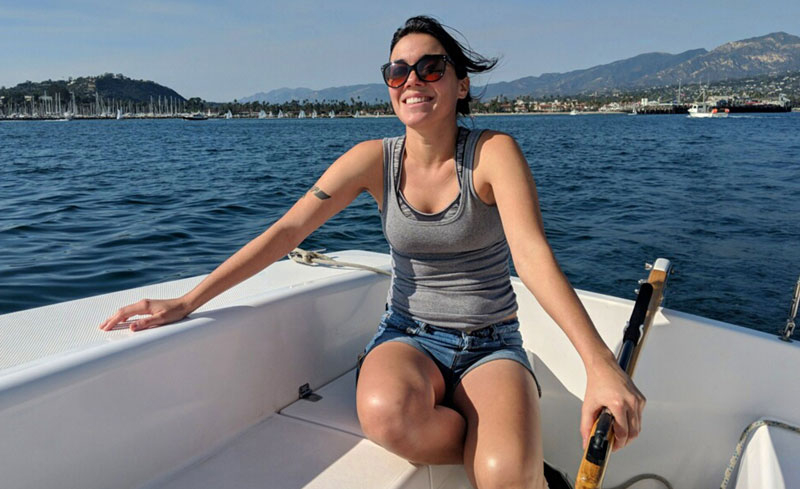 Less than a year ago, Tia Salika was wearing an animal-print scuba suit and posing for a photograph in the depths of the iridescent blue ocean off South America with her parents and her best friend.

So it seemed only fitting that the high schooler would celebrate her 17th birthday with another adventure: A diving tour through California’s rugged Channel Islands, a national park off Santa Barbara’s coast.

That was how she and her parents lived their lives — as fearless world explorers like so many of the others who boarded the Conception vessel for the three-day excursion, friends said. Salika’s birthday ended in tragedy when fire erupted on the commercial dive boat, trapping the 33 divers and a crew member sleeping below deck.

The pain would be felt across California, the United States and as far away as Japan, India and Singapore.

The Conception brought together an exceptional group of people, who left behind a trail of photos and social media postings that serve as a testament to their lives. They were scientists, teachers, nurses, entrepreneurs, engineers, artists, photographers and activists. One woman, a water district employee, was dubbed the “Water Princess” for her work in urging people to conserve water. Another was a sales director who devoted her time advocating for the protection of sharks.

They worked in everything from the movie industry in Hollywood to research at Stanford University. Many had graduated from top universities with advanced degrees. Several spoke multiple languages. Two grew up in Singapore, and two others were from India. One had a mother in Japan.

After reading some of the names of those identified so far, Santa Barbara County Sheriff Bill Brown said, “This list is representative of the diverse makeup of the passengers and crew who were aboard the Conception on that fateful day. They were from our local area and from throughout California, from across the United States and from around the world. Their tragic loss has devastated countless family members, loved ones, friends and colleagues.”

Many had traveled, worked and volunteered in places around the globe from Antarctica to the Galapagos Islands. Their love of the Earth’s underwater worlds transcended into a passion for all living things. It bonded them — a physics teacher with his 26-year-old daughter, a family of five also on a birthday trip for the father, neighbors from Santa Monica and of course, the Salikas. Tia Salika first put on a dive tank at the age of 6, said Tom Peyton, vice president of Kids Sea Camp, a scuba diving tour company. The Salika family felt like a part of Peyton’s family because they traveled with the South Carolina outfitter for about a decade, including last November to Bonaire island, off Venezuela’s coast, he said.