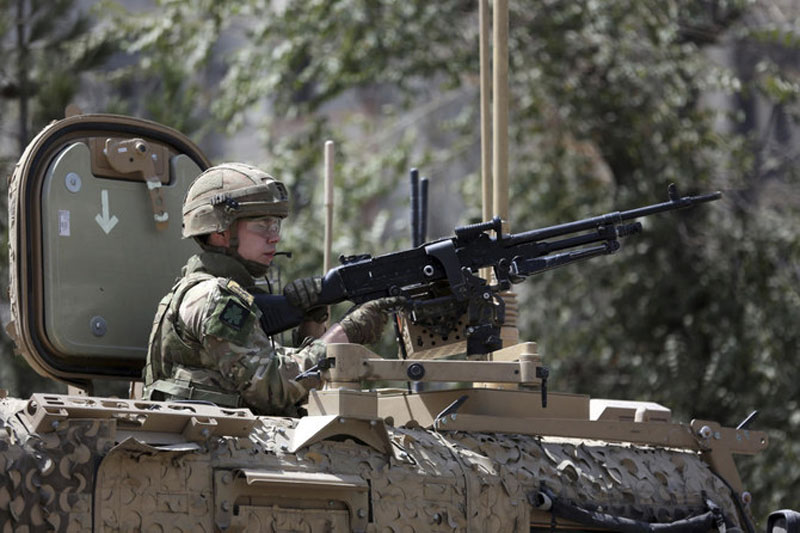 KABUL:  The Taliban have attacked a third provincial capital in Afghanistan in less than a week, with an overnight assault on the western city of Farah, a provincial governor said Friday as a US envoy was back in Qatar for further talks on a US-Taliban deal to end America’s longest war.
Mohammad Shoaib Sabet said there was no immediate word of casualties and that airstrikes had been carried out against the militant group.

This week’s spike in violence, including two shattering Taliban car bombings in the capital, Kabul, comes as US envoy Zalmay Khalilzad says he and the insurgents have reached a deal “in principle” that would begin a US troop pullout in exchange for Taliban counterterror guarantees.
Khalilzad abruptly returned to Qatar, where the Taliban have a political office, from Kabul for more talks on Thursday evening, even though earlier in the week he said the deal only needed President Donald Trump’s approval to be final.

Objections to the agreement raised by the Afghan government and several former US ambassadors to Afghanistan, and the death of a US service member in the latest Kabul bombing on Thursday, have increased pressure on Khalilzad in recent days.
House Foreign Affairs Committee Chairman Eliot Engel has demanded that the envoy testify before the House committee about the negotiations, saying that “I do not consider your testimony at this hearing optional.”

Few details have emerged from the nine rounds of US-Taliban talks that ended last weekend. Khalilzad has said the first 5,000 US troops would withdraw from five bases in Afghanistan within 135 days of a final deal. Between 14,000 and 13,000 troops are currently in the country.
However, the Taliban want all of the approximately 20,000 US and NATO troops out of Afghanistan immediately.

The US for its part seeks Taliban guarantees that they will not allow Afghanistan to become a haven from which extremist groups such as Al-Qaeda and the local affiliate of the Daesh group can launch global attacks.
The Taliban have explained their surge in deadly attacks as necessary to give them a stronger negotiating position in talks with the US, a stance that has appalled Afghans and others as scores of civilians are killed.

The Taliban last weekend launched deadly attacks on the capitals of Kunduz and Baghlan provinces.
On Friday one Farah resident, Shams Noorzai, said the Taliban had seized an army recruitment center close to the city’s main police headquarters and set it on fire. All shops had closed, he said, and some people were trying to flee. It was at least the third time the Taliban have attacked the city, the capital of Farah province, in the past four years.