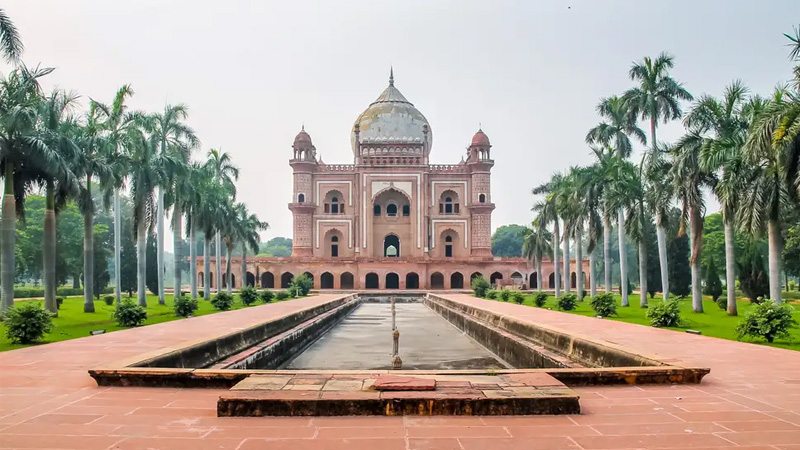 On August 1 of every year, there is an acutely painful and profoundly emotional moment that is commemorated in Warsaw, Poland. At 5 o’clock in the afternoon, everything in the city comes to a halt, the people freeze in place where they stand, and a silence enshrouds every corner of the city. But a few brief moments later, the sirens begin to howl, flares are hurled in the sky, and the flood of memories begins.

The moment of resistance of the Polish people, an event that came to be known as the Warsaw Uprising (1944), is thus commemorated and rewritten into the hearts of the people, remembering the sacrifices of their forebears. The Poles recollect the relentless uphill battle of their Home Army against the wicked ideology of Nazi fascism, recalling that their uprising came to be a last stand of the people, uprightin dignity against the tides of annihilation.

Indeed, Warsaw was utterly destroyed, and an untold misery was unleashed upon its residents, which even after so many decades leaves lasting scars. But their people stood up to the wicked, and can hold their head high.I have borne witness to the August 1st ceremony for several consecutive years, and I believe it is a seething backdrop for the looming violence in Occupied Kashmir that is now materializing.

One million occupation troops have been sent by India to blind, rape, and cage the Vale of Kashmir. Scant information is passing through the veil of imposed silence, but videos of brave young Kashmiris holding high the flag of Pakistan as they proceed through the streets of Srinagar, at the very real risk of death, continue to trickle through social media.

It is in this context that assessment of Pakistani Prime Minister Imran Khan about the Nazi reincarnation of the fascist BJP regime should be seen. He has correctly drawn out the parallel between how the vicious nihilism of the Modi regime mirrors almost precisely that which was borne out by the savage program of Nazi Germany.

What the abrogation of Article 370 entails for Occupied Kashmir, for other states within the Indian Union, and for the apologists of India in their increasingly disenfranchised Muslim community, leaves little to the imagination and will almost certainly take a turn for the worse over the coming 12 months.

Young Poles have been recently asking me with great concern about the future of Kashmir, India, and Pakistan. As I lay it out to them, it becomes increasingly clear to them that the horror their forebears underwent in World War 2 is at risk of repeating itself once again in the Subcontinent. But I impress upon them the difference between Pakistan today and Poland back then.

Invariably, Nazi misadventures may still have occurred then, as they are indeed occurring today under the auspices of New Delhi; but whether the fascistswould have proceeded towards the sea of annihilation as the Hindu fundamentalists are today, this is a matter of contention.

After all, Poland did not have the atomic bomb, and nor did it have the world-class airforce that Pakistan has today, which not only meted a proud and swift retort to India in 2019, but also captured one of their pilots and handed him as an act of mercy. The humiliated Indians had to dance through quite a few mental gymnastics, including giving a medal to an inept officer to conceal their rancor.

Indeed, a growing number of crypto-Hindu-fundamentalists, including performers such as Priyanka Chopra, are struggling to conceal the intensity of their haughtiness and rage. The Nazis of New Delhi have led India into a societal frenzy, much as the Weimar Republic was driven off the deep end by Hitler’s jingoism. The concentration camps that ensued there, much as they are now mushrooming across the Vale of Kashmir, are but a natural consequence of the latent rage brought to a spark by maddened men at the helm.

So I ask young Poles today, as well as Pakistanis, to remain vigilant to lessons of history as they risk repeating themselves in our times of upheaval. For the Poles, this leaves them with a palpable sense that history may play out differently this time. As our neighbor’s so-called democracy fuels the flames of venal hatred and destruction, our nation is at a similar crossroads to that of the Home Army of Warsaw.

The Kashmiris are being bathed in blood, and the warped worldview of the revanchist Indian leadership fuels their thirst for lebensraum. Yet the Kashmiris and the rest of their Pakistani brethren can and must respond to the Nazis of New Delhi in the same spirit as the Warsaw Uprising; and they can do so with much greater force and power, so that the history of defeating fascism can be written anew.

The writer is Director for Economics and National Affairs at the Centre for Aerospace and Security Studies (CASS). He can be reached at cass.thinkers@gmail.com