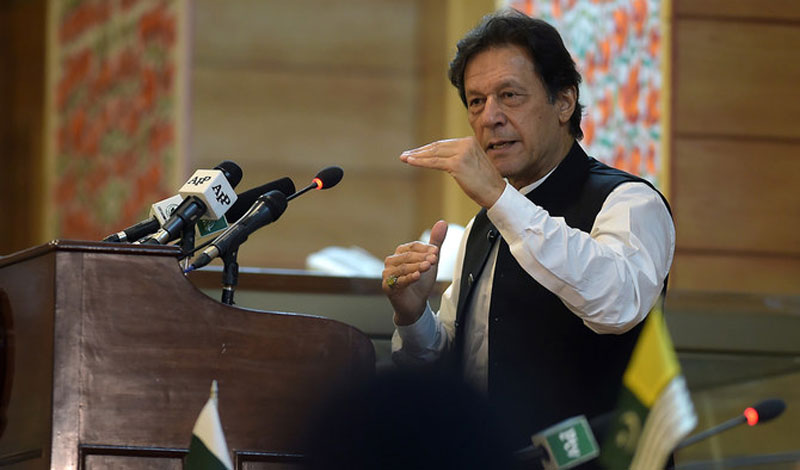 Last month, the government announced that it had promulgated the Gas Infrastructure Development Cess (GIDC) Ordinance for the out-of-court settlement, without a pre-audit, of a Rs417 billion dispute with fertilizer and power plants, general industry and the CNG sector. Under the ordinance, 50 percent of the industries’ bills would be waved.

“In view of the recent controversy, the prime minister, in the interest of transparency and good governance, has decided to withdraw the said ordinance,” the prime minister’s office said.
Khan also directed the attorney general to ensure an urgent Supreme Court hearing to retrieve Rs417 billion in payables from the fertilizer, CNG, general industry and power sector from January 2012 till December 2018.

On Tuesday, the federal cabinet had also asked the ministry of law to amend the GIDC Ordinance to include a forensic audit as a prerequisite for signing any settlement agreement with businesses.
In recent months, Pakistan’s main tax collection body, the Federal Board of Revenue, has launched a crackdown on hundreds of wealthy people, targeting landlords and owners of luxury cars, as well as individuals with a trail of large business transactions but no tax returns. An anti-graft crusade promoted by PM Khan has also led to swathes of arrests of politicians.

Khan won power last year vowing to root out corruption among what he cast as a venal political elite and to collect taxes from the powerful.

In a press conference on Wednesday, the PM’s top adviser on finance, Dr. Abdul Hafeez Shaikh, said Khan had ordered that the matter of the GIDC be referred to the Supreme Court so that any decision taken was in accordance with the law and in the interest of the people instead of vested interests, and it was visible to the public that transparency was a major goal of the incumbent government.

“Justice must not only be done but it must also be seen to be done,” petroleum minister Omar Ayub Khan said at the same presser, explaining the PM’s motives for withdrawing the ordinance.