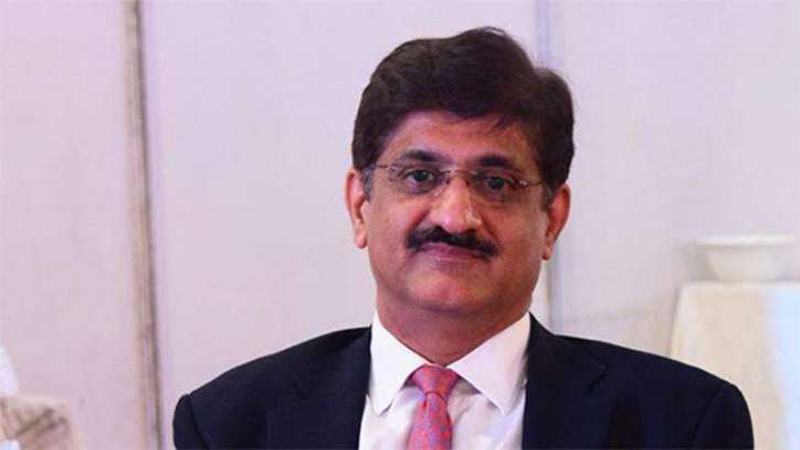 Pakistan’s southern port city received yet another bout of very rain on Sunday afternoon, flooding most of the roads in the metropolis and bringing traffic to a standstill.

According to the Pakistan Meteorological Department (PMD), there was a forecast of more heavy rain in Karachi during the next 24 hours.

According to the PMD, thunderous rain, with strong winds, are likely to lash at isolated places in Shaheed Benazirabad, Sukkur, Larkana, Mirpur Khas and Hyderabad.

The directions were issued to the Karachi commissioner after heavy rainfall hit the metropolis on Sunday evening.

He also ordered the management of Karachi Water and Sewerage Board (KWSB) to activate its staff for drainage of rainwater immediately after the showers stop. The chief minister asked the people to avoid going near electricity polls during rain. According to the Pakistan Meteorological Department, 40 millimetres of rain was recorded in Surjani, 38.3mm in North Karachi, 18.5mm in Nazimabad, 16mm in PAF Faisal Base and Jinnah Terminal, 11.3mm in Clifton, 10mm in Saddar, 7mm on University Road, Gulistan-e-Johar and Model Colony areas.

The PMD spokesperson said that monsoon currents are penetrating central and southern parts of the country.

On the other hand, at least three people were killed and two others sustained injuries as the wall of a house collapsed due to heavy rain in Lahore’s Salamatpura area. As a result, three people Sajid (25), Sajawal (27) and Ali Bota (25) died on the spot, while two others were injured. The Rescue 1122 shifted the injured to the hospital and completed the rescue operation.

Separately, at least five people, including a woman and children, drowned while swimming in the Hub stream on Sunday, whereas, rescuers recovered four bodies during the operation.

The deceased were identified as 34-year-old Mahjabeen, 13-year-old Hafsa, 10-year-old Hamza and four-year-old Areeb. According to rescue sources, a search is under to retrieve the body of another child.

This is the latest incident that took place amid the third spell of heavy rainfall in Karachi and scattered places in Balochistan, which significantly increased the water flow in streams, dams and rivers.

In a similar incident on Sunday, at least two young men drowned in Keenjhar Lake while fishing near Jhampur spot in Thatta. Rescue sources said that the deceased men hailed from Hyderabad.