Why we are awaiting ‘Ehd-e-Wafa’

We have watched many dramas of Hum TV that have been super relatable and inspiring as well.

This time be Prepare for the Beautiful journey of love, handwork, struggle, and friendship.

Hum TV has just dropped the teaser of upcoming drama serial ‘Ehd-e-Wafa’ which is worth watching. The best thing about the drama is that it shows the fabulous actors in the industry, Osman Khalid Butt, Ahad Raza Mir, Wahaj Ali and Ahmed Ali Akbar together.

In the first teaser, they all are a part of a training of Special Service Group (SSG) as cadets and in this journey, they are having all the fun and enjoyment that boys are likely to do. Like any other students of a college, they are also playing usual pranks on each other.

It is euphoric to see OKB playing a happy-go-lucky character after his portrayal of Amaan in Surkh Chandni.

Along with it, they will face hardships because it’s not easy to become a part of SSG. We will also get a chance to see the hard work, struggles, and sacrifices they do for becoming good and productive cadets of SSG.

The teasers look very promising and with such a talented cast on board, this multi-starter project is a potential blockbuster.

In the first teaser, they all are a part of a training of Special Service Group (SSG) as cadets and in this journey; they are having all the fun and enjoyment that boys are likely to do. Like any other students of a college, they are also playing usual pranks on each other

It will be very pleasing to see how cadets live the hard routines and tough life of SSG.

It can be heard in the first teaser of the show that HUM TV dropped that “Loyalty, honesty, secrecy are the only three rules of joining the SSG”.

Another promo of Drama has also been launched by ISPR. The drama has been shot at the picturesque Lawrence College in Murree.

Another teaser shows the sweet and loving chemistry between Ahad Raza Mir and Alizy Shah together. It makes an adorable couple on screen. Fans are really drooling over them. It will be pleasing to see Mir’s love interest, Superstar-famed actor Alizeh Khan.

Not just this but it also shows the true friendship. According to the show’s producers, It is a story about true friends on their journey of hardships and hustle, willing to sacrifice for their country.

Still, the releasing date of drama is not announced but it looks very promising drama that offers a complete package of love, friendship, sacrifices, and enjoyment. 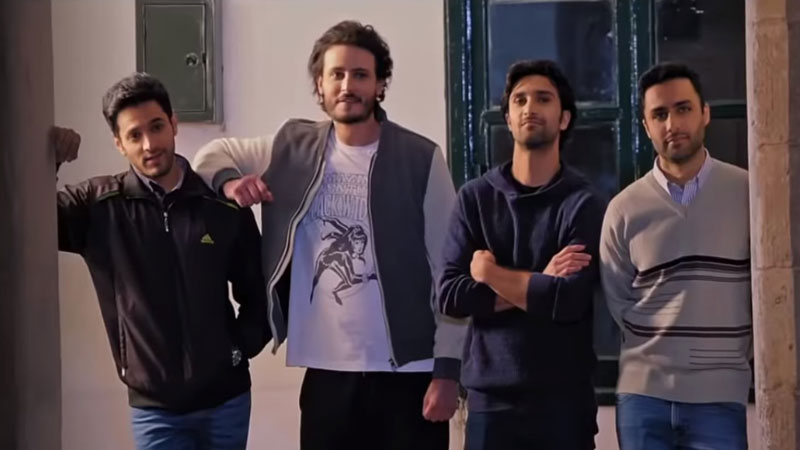 The show instantaneously pulls viewers in with its fresh, cozy and youthful look. The drama’s teasers are amusing, entertaining, cheerful and intimate, but are completely free of the misery that Pakistani dramas generally offer these days.

It seems that HUM TV is showing this type of story after so long time that is a mesmerizing blend of friendship, love, sacrifices, patriotism and fun altogether.

The drama has been made by Momina Duraid Productions in collaboration with Inter Services Public Relations and it will go on air very soon.

The writer is a blogger and a student of Bachelors at the Institute of Business Administration. She can be reached at sadianoor090@gmail.com