The government seems determined to create a constitutional crisis in the Election Commission of Pakistan (ECP). First, it allowed the period to nominate ECP members lapse and now, as its plot unfolds, it has got two ECP members nominated by the president only to be turned down by Chief Election Commissioner (CEC) retired Justice Sardar Mohammad Raza. Law Minister Faroogh Naseem, however, calls CEC’s act unconstitutional and the drama goes on. ECP refused to administer the oath of office to the two members. Meanwhile, opposition parties stand by the CEC in thid crisis, and equate its actions with maintaining the supremacy of the Constitution and parliament.

Where will this crisis lead to? The CEC turned down the appointments on the basis of the Constitution, and a judgement by a five-member bench of the Supreme Court in 2013 that slashes the president’s discretionary power to appoint CEC and ECP members. It is beyond one’s imagination that when there is a clear procedure in articles 213 and 218 of Constitution about the nomination of ECP members, why did the government abrogate well-defined procedures? The government needs to consult the opposition leader and the parliamentary committee on the appointment of ECP members.

Former chairman of the Senate Mian Raza Rabbani sees the government’s attempt to bypass the parliament and “an attack on the parliament from within”, while Pakistan Muslim League-Nawaz’s Marriyum Aurangzeb has demanded that the one-sided decision be reversed. In the face of this embarrassing situation, the government has yet to unfold its strategy. So far, Law Minister Barrister Farogh Naseem has only described CEC’s decision not to administer oath to the ECP members as unconstitutional. What will the government do in the next move? Will it follow constitutional procedures or challenge the CEC’s step in the Supreme Court? The saner approach, however, would be to follow the constitution and avoid confrontation. The government cannot afford a collision course as already precious time has lapsed in the appointment of ECP members. Moreover, the government needs to take up its overdue agenda of making the ECP more autonomous, progressive and powerful. For long, the ruling party has been pointing out loopholes in the ECP’s working. This is the time it consult other parties and make the ECP a powerful institution. The government has spent one year in power without making any difference. It does not have the luxury to do nothing and look busy forever. * 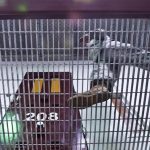