The Baoli Bagh — a lost piece of heritage! 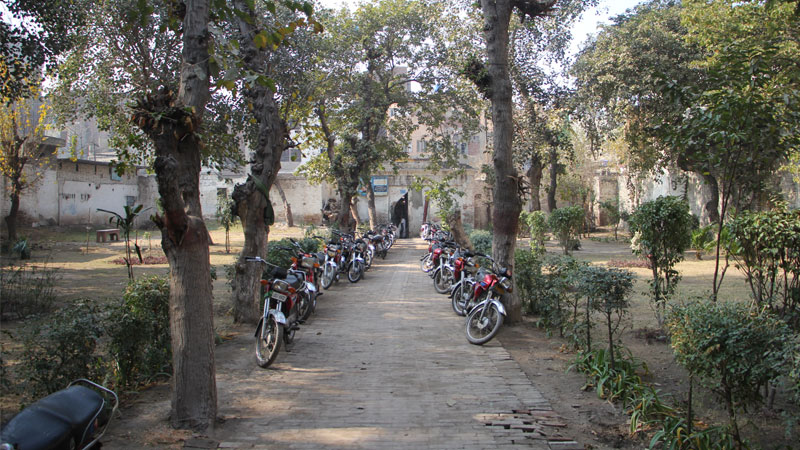 I am sure most of you might not have seen the Baoli Bagh inside the walled city of Lahore and you must be wandering what Baoli Bagh is as the name sounds strange.

As you make your way to the Rang Mehal Chowk, which is one of the busiest places and commercial hub of old Lahore you will be able to reach to this Baoli and to be more precise it is right behind the majestic and glittering Golden Mosque which is also known as Sonehri Mosque. While standing inside the Baoli Bagh you can see the gilded domes of this majestic mosque. You will not be able to reach inside the Baoli unless you ask the locals there because the main entrance is all encroached with shops and a very narrow doorway (which is a part of the main entrance arch) will lead you into this huge Baoli Bagh.

The Walled City of Lahore Authority is planning to remove the encroachments from this place and open up the main entrance like it was in old times and I am hopeful that like Shahi Hammam and Masjid Wazir Khan this place will soon be out of the shackles of encroachments.

This Baoli does not exist now and you will only see a huge garden there. Let me tell you that this Baoli Bagh was a stepped well which was built by the Sikhs. Baoli means a stepped well and the history of construction of the stepped wells goes back to 600 AD and is largely found in the Asian sub continent and the part which is India now.

The Baoli are deep wells surrounded by steps and crossing those one can reach to the water. Most of the existing Baolis are high in architecture merit and carry along great significance. I came across an interesting fact that the Baolis were also multi-storied and there was a bullock system to get the water to various levels. It must have been a very scientific system and mesmerizing too at the same time. I wish there were some functional Baolis here which we could see as there still are in India.

In Pakistan only the remains of the Baolis can be seen at different places but none is functional like in India. These are in the great Rohtas Fort near Jhelum, Wan Bhachran near Mianwali, Losar Baoli near Islamabad, Losar Baoli in Sher Shah Park Wah Cantt, Makli Baoli near Thatta and Gurdwara Baoli inside Walled City Lahore.

This Baoli does not exist now and you will only see a huge garden there. Let me tell you that this Baoli Bagh was a stepped well which was built by the Sikhs. Baoli means a stepped well and the history of construction of the stepped wells goes back to 600AD and is largely found in the Asian sub-continent and the part which is India now

Yes, this is the Baoli I am writing on today, the Baoli inside the walled city of Lahore. According to the history and references found for this Baoli it is said that it was constructed during Jahangir’s rule when the fifth Sikh Guru Arjun Dev Ji was also alive and the date goes back to somewhere in 1599.

Kanhaya Lal in his book on Lahore has given a detailed account on this Baoli. He states that the place where the Baoli exists now was sold to a woman by some Sikh person. The woman wanted to build her house there and one day she started digging the place to lay down the foundations of the house. While digging the place at one point she found some antiques, gold, jewellery and expensive goods buried at that place. Well in old times, people used to bury their expensive belongings, money and gold in the ground, as I guess there were no bank lockers at that time where the people could safely deposit their valuable belongings or money.

Anyhow, the woman on finding those things went to the person from whom she had purchased that land. The person denied of the things found and did not accept them and said that those things never belonged to him. The woman got inquisitive as she was not a greedy person and thus the whole issue was taken to a local Qazi, who was responsible to solve such matters at that time. After Qazi was unable to figure out the matter the case was taken in the Emperor Jahangir’s court.

The Emperor was surprised and also pleased at the honesty of the woman and the other person and thus sent the items to Guru Arjun Dev (as it was a Sikh community matter) and asked to use those for public welfare. That was the time when the Guru decided to build a Baoli out of the money.

A Baoli with several levels was built there which remained intact till Mughal Emperor Jahangir’s period and was used by Sikhs and even by Guru Arjun Dev. The Baoli remained in use of the people of the area till the successor of Guru Arjun Dev, Guru Hargobind Singh had some clashes with both the Qazi and Emperor Shah Jahan due to which he left Lahore and the Baoli went abandoned.

When the Maharaja Ranjeet Singh took over the rule in Punjab his one of the followers came to him one day and said that he saw Guru Arjun Dev in his dream where the Guru wished the Baoli to be restored. When this happened Maharaja was going through some serious illness and the follower who had seen Guru Arjun Dev told Maharaja that he would recover from illness if the Baoli is restored. 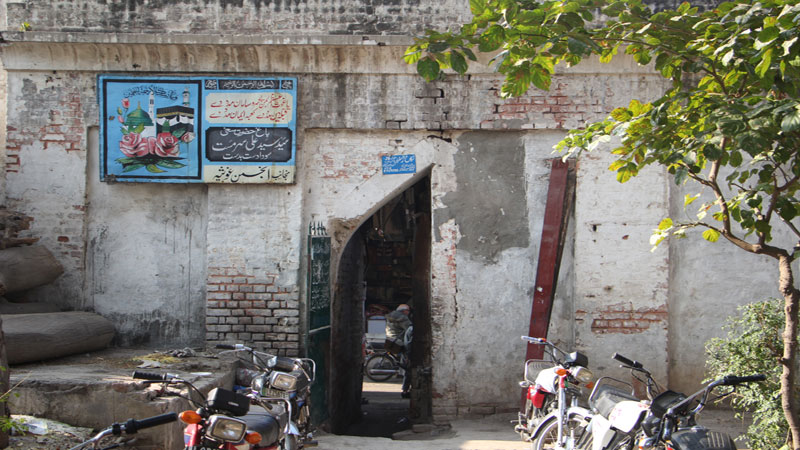 Maharaja ordered to restore the Baoli in 1891 and also recovered from his illness. That was the time when this Baoli gained a lot respect and value among the people and it was also used for a gathering place as well as a point for religious ceremonies.

Then after the Maharaja passed away, the Baoli once again lost its function and today it is just a piece of land where no Baoli is seen nor its traces are available anywhere in the garden.

It is sad to see that the piece of heritage is no more now and is completely vanished from the history. I hope that when the Walled City of Lahore Authority is restoring the Baoli Bagh the place is excavated to see the foundations of the Baoli or its signs. If during excavation the traces of Baoli are revealed it will be a great achievement and people will really be excited to see it.

Let me tell you another interesting account of this Baoli which is not much believed but few historians do quote this one. The story goes like that a Pathan of Bukhara was leaving on a trip and deposited 142 gold coins with a person named Chajjoo Bhagat who kept them in a safe but forgot to enter them in the record book. After some time when the Pathan returned and asked Chajjoo about his money, Chajjoo denied as he had forgot it and also it was not entered in the record book. This case was taken to the court of governor of Lahore and the Pathan lost the case. After a few days Chajjoo found the purse while cleaning his safe and immediately returned to the Pathan. The Pathan refused to accept the purse because he thought he had lost the case in court and had no right on the money. This dispute was taken to Guru Arjun Dev and thus he decided to build a Baoli in Dabbi Bazaar with that money.

Whatever the story or history is of this place, I hope that soon it is restored and the main entrance is opened for the public.