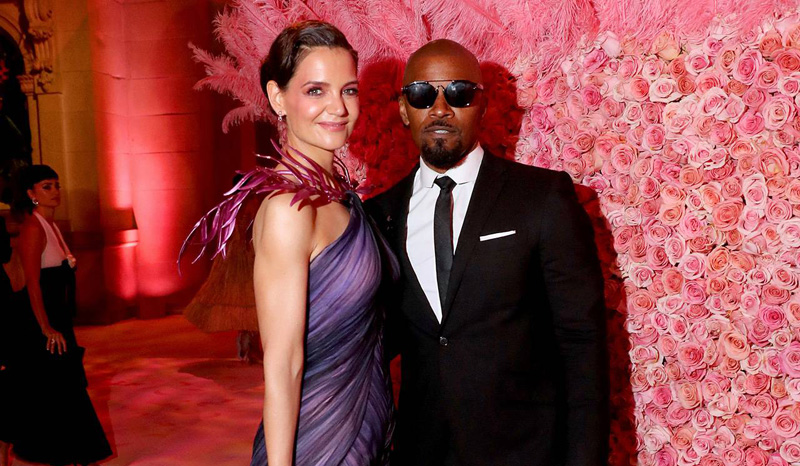 It is over between actors Katie Holmes and Jamie Foxx. E! News has confirmed that the Dawson’s Creek alum and the Oscar winner, who first sparked romance rumours in 2013, are going their separate ways. A source tells E! News that the duo has not been together since May.

This split news has emerged just days after Foxx was spotted holding hands with singer Sela Vave outside of a nightclub in West Hollywood. The musical duo has not commented on their relationship status, but they were photographed leaving Lil Pump’s 19th birthday celebration together at Bootsy Bellows on Friday, Aug. 16.

It was just months ago that Holmes, 40, and Foxx, 51, appeared to be going strong. The private pair made a major statement when they posed for a photo together at the 2019 Met Gala in May.

Back in 2013, Foxx denied the rumors that he was dating Holmes, calling the speculation “hilarious.”

“[The rumors] are one hundred percent not true,” Foxx told Nancy O’Dell at the time. “In fact, it’s quite hilarious because we simply danced at a charity event along with a lot of other people.”

But, over the years, the celeb duo has continued to fuel romance speculation with sightings in Miami, New York City and Los Angeles.

Back in Dec. 2018, Holmes celebrated her 40th birthday with Foxx by her side. The former couple enjoyed a sweet treat at Serendipity in NYC with her mom, Kathleen Stothers-Holmes.

Months later, Holmes and Foxx stepped out for a romantic stroll in the Big Apple. Then in April, the duo had a fun night out with his daughter, Corinne Foxx, in Los Angeles.

Prior to her relationship with Foxx, Holmes was married to Tom Cruise, with who she shares daughter Suri Cruise, 13.