The sun also rises in Atlanta 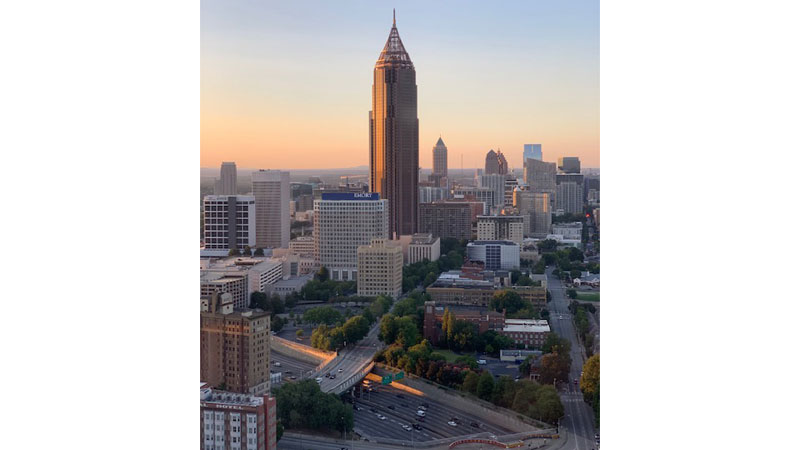 In the history of the United States, Atlanta features prominently as the city that was burned down to the ground by Major-General William Tecumseh Sherman during the Civil War. From there Sherman began his famous (or infamous, depending which side you are on)”March to the sea,” laying waste to everything that lay on the road to Savannah, thereby laying the foundations for the victory of the Union forces over those of the Confederacy.

That tragedy of Atlanta formed the basis for Margaret Mitchell’s all-time classic, “Gone with the wind,” in which she mourned the passing of the civilisation of the old south. The book, which she published in 1936, has the distinction of being considered the most read book in America after the Bible. A movie with an all-star cast followed in 1939. It is one of the most quotable films in history and included the closing statement from Rhett Butler: “Frankly, my dear, I don’t give a damn.” It won 8 Academy Awards. On an inflation-adjusted basis, it remains the highest grossing film of all time.

I recall seeing the movie in my late teens at a drive-in theatre in Karachi. Despite being wrapped around a romance, I found the film depressing beyond words.

The carnage of war left an indelible impression.

In the early 1980’s I visited Atlanta for the first time. Jimmy Carter, elected in 1976, had served as the Governor of Georgia and Atlanta, the capitol of the state, gained fame when he became the US president in 1976. The humble peanut farmer who hailed from Plains, Georgia, remains active as a philanthropist in his nineties. He was awarded the Nobel Peace Prize for his work as a social activist.

Another man whose name is associated with Atlanta is Martin Luther King, Jr. The Baptist preacher admired the writings of Mahatama Gandhi and was an advocate of non-violence. For his work on civil rights, he was awarded the Nobel Peace Prize.

Atlanta is located in a lush green area and has aptly been called a city in a forest. The greenery is most evident as you fly into the Hartsfield-Jackson airport, the busiest international airport in the world. The major thoroughfare in the city is Peachtree Street.

During my first visit, the city looked like any other metropolis in the US except the people spoke with a different accent and diction. It was common to hear the expression, “Y’all,” being used for “you all.” And the occasional northerner could be expected to be called “Yankee.”

On a subsequent visit, I picked up a book at the airport that enunciated the southern accent. It explained how the words Israel and Arab were pronounced in the south.

My accent did not pass unnoticed. Because my v’s and w’s are indistinguishable, I was mistaken for a German.

I had occasion to visit the city several times during the coming decades. In the early 1990s, I took the train from the airport to the downtown area where my hotel was located. The views of the sunset were awesome, coloured by the volcanic ash in the atmosphere that had been thrown up by an eruption in Indonesia. When I came out of the train station, I was accosted by a friendly person who offered to show me the way. When I neared my hotel, he wanted to be paid for his service, telling me that’s how he had earned tonight’s dinner. I obliged. In 1996, the summer Olympics were held in the city. I was asked by one of my clients to moderate a gathering of top-flight economists to assess the effects of the international games on the local economy and ultimately on electricity usage. 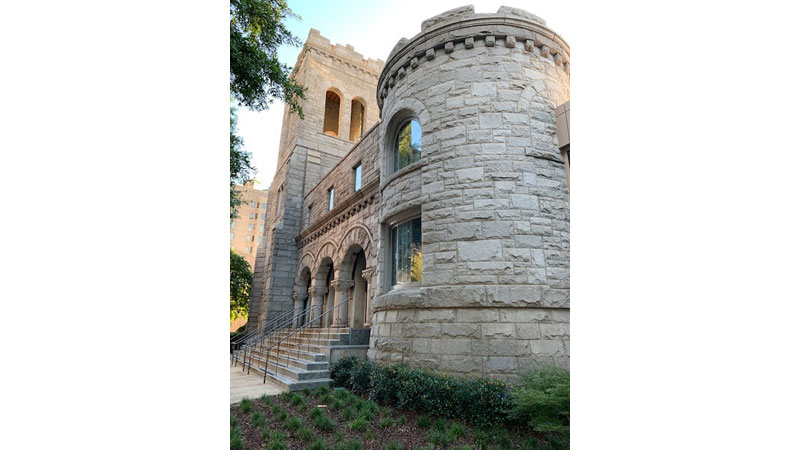 In the years that followed, the city became famous as the head office for many large companies including Coca Cola, the hardware stores Home Depot and Lowes, and the iconic CNN TV network. This year it hosted the Super Bowl, which is the championship game between the top two football teams in the US. “The sun also rises” is the title of one of Hemingway’s classic works. When the sun rose over Atlanta during my most recent visit, to me it symbolized the rise of a city which lay in the depths of despond after the Civil War. The view of the skyline was nothing less than stellar. I had seen the skyline from the air while flying into Atlanta from San Francisco. Later, I stood near the entrance to a 50-story building and admired up close the attention to detail in its architecture. It was the Bank of America building. From the 30th floor I had a sweeping view of the city. In the distance someone pointed out Stone Mountain to me. Several years ago, I had climbed to the top of the mountain with a colleague from Australia. He was in excellent shape and it was hard to keep up with him. But it was worth the effort. The view from the top of Stone Mountain was crystal clear. When we climbed down and stood in front of the mountain, we saw the carvings of Confederate generals Robert E Lee and Stonewall Jackson and President Jefferson Davis. Stone Mountain opened a hundred days after President Lincoln’s assassination in 1865. It is the most visited destination in Georgia. Four confederate flags fly on top of the mountain. For those with an interest in military history, Fort Benning is worth a visit. It’s located near the city of Columbus, a little less than two hours west of Atlanta by car. The National Infantry Museum and the National Armor and Cavalry Museum are both located there. The latter boasts one of the largest collection of tanks and armored vehicles in the world. More history and more scenery awaits the visitor in Savannah, which lies on the coast some four hours away from Atlanta. It’s the oldest city in Georgia and is named after the Savannah River which is named after an Indian tribe that once lived there. The city was founded by the English general, James Oglethorpe.