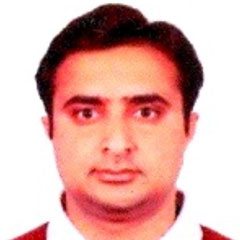 We all know about the China-Pakistan Economic Corridor (CPEC). Some of us also know about the Chinese One Belt One Road Initiative (OBOR). But very few may know that Gansu province of China is the key to the CPEC and OBOR initiative.

The strategic location of Gansu province makes it the most important player in the New Silk Road concept. Located in the Northwest of China, Gansu is an inland province that lies on the upper and middle reaches of the Yellow river. In the province, the world-renowned Silk Road extends as long as 1600 km. Located in the middle section of the Eurasian Continental Bridge, Gansu is wedged between Shaanxi to the East, Sichaun and Qinghai to the South, Xinjiang to the west and the Inner Mongolian Autonomous region of China and Mongolia to
the north.

However, the province is not yet well known to many Pakistanis. Leaving aside government officials, usually students, professionals and the business community prefer major Chinese cities such as Beijing, Shanghai etc for their activities instead of this unique and important province.

There is no Pakistani consulate in the province, which further makes it an alien part of China for Pakistanis. Nevertheless, this province can offer numerous economic, academic and administrative benefits to Pakistani students, professionals and the business community. Gansu can offer a comprehensive transportation line with middle and eastern China. Due to its advanced infrastructure development, it can become a hub of logistics and trade exchanges of Pakistani and Chinese goods under the OBOR initiative and CPEC.

Agricultural products (particularly seeds), traditional Chinese medicines, and wind and solar energy are the key areas for Pakistan to explore in the province. The province has started an initiative called ‘Space Farming.’ In this process, space ships carry seeds of various vegetables and fruits in space for few days and bring them back and cultivate them in green houses. Such vegetables and fruits are larger in size with increased weight. Moreover, this process also increases the ratio of productivity of farms. Students from Arid Agriculture University must interact with this centre in Gansu province in order to commence research in this field. Moreover, educational cooperation, particularly in the field of electrical engineering, must be explored in the province by the Higher Education Commission
of Pakistan.

In this regard, government officials and university faculty of Gansu province would welcome Pakistani local administrators and students respectively. Moreover, Gansu vocational training institutes with advance infrastructure and laboratories can be the best destination for Pakistani students, particularly in the mining industry.

Moreover, Pakistan can export sea food, minerals, and stones in general and Jade in particular to Gansu province. The furniture and handicraft of Pakistan are very famous in Gansu province. This industry can create a good space in the province.

Furthermore, South Asian food is very popular in the province. Local people know the names of Kabab, Biryani and Chicken Karahi but unfortunately, there is no South Asian restaurant in Gansu province. Pakistani businessmen need to explore the food industry as it would likely to be highly lucrative business in the province.

Lastly, the Gansu provincial management always seeks to build relations with the outside world by establishing relationship under the banner of ‘Sister-City’ project. Through such cooperation, they find new avenues of investment, tourism and development in the field of infrastructure and education.

This project also helps respective ‘Sister-Cities’ to learn from the experiences and future development plans and administrative challenges of local communities. In one of the meetings with the Vice President of Gansu Foreign Affairs Office, Mr. Liu Guangjun showed his interest in establishing ‘Sister-City’ cooperation with Faisalabad
or Lahore.

It is suggested that the cooperation under such kind of initiative would be highly beneficial for Pakistani local government authorities as it would help them to learn the Gansu provincial development model. This development model can be adopted with some modifications by provincial and district administrations of Pakistan.