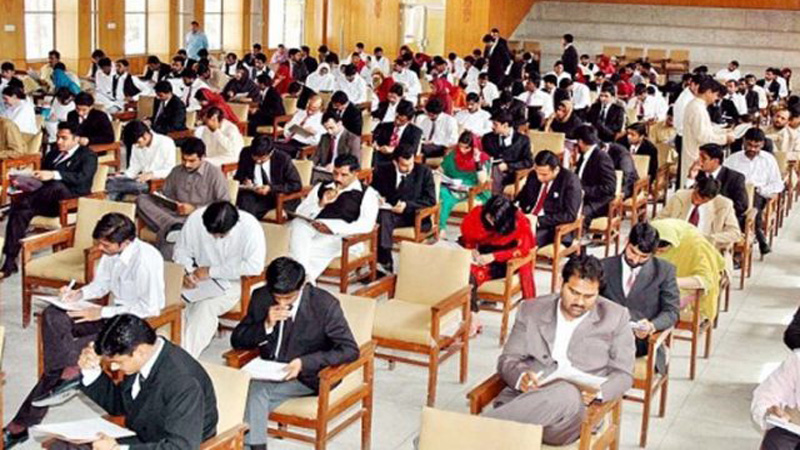 Bureaucracy is the ultimate engine of any state’s government. Any government sparkles through its bureaucracy.

Pakistani stakeholders have time and again taken (approximately 38 times) initiatives to reform civil bureaucracy since 1947. Unfortunately, most have failed.

A new cover is coming up to reshape the civil service of Pakistan. Yes, the CSS reforms of 2019. Time to time, CSS gets new twists. It is a developing mechanism that with the evolution of time and situation, CSS would be reformed smartly. Most promptly, the reforms of 2016 are up to the mark. They have made CSS exams more interesting.

Most analysts see 2016 reforms a modern step to boost civil services up in accordance with proper management and to the point administration.

This holds much ground because bureaucracy is the backbone of any country. Almost all key institutes come under the radar of bureaucracy.

Of much importance and highness, the reforms of 2016 were the need of the hour. They proved to be very beneficial for the aspirants and the institution. The 2016 reforms changed the entire optional subjects scenario. Many irregular and little beneficiary subjects of CSS, which were of 200 marks, were lowered to 100 marks. These included Zoology and Botany. Besides, other important subjects were lifted to carry 200 marks including International Relations (IR). Earlier, IR carried 100 marks, which hardly any aspirant opted for. In this globalised world, IR has become a prominent and dire subject to analyze and prepare for these exams. Without this very subject, the journey of CSS is, undoubtedly, incomplete.

This emphasized reformists to prioritise IR highly. Now, every candidate considers this subject as a compulsory to opt for. Furthermore, the 2016 reforms also generated some new subjects, which are, no doubt, very imperative and favourable for civil bureaucracy, including Governance and Public Policies, Town Planning and Urban Management, Gender Studies, Environmental Sciences, Criminology and Anthropology.

The inclusion of these leading and most appropriate subjects, in optional box, is always welcomed.

This provides bureaucracy a good space to build a stronger governance. However, increasing the upper age limit from 28 to 30 is also another milestone for the aspirants, especially for those in the rural side who start the journey a bit later. It is indeed a welcoming step!

On the contrary, the grouping system of selecting subjects is also reformed. For example, the subjects of Accounting and Auditing, Economics, Computer Science, International Relations and Political Science are set up in one group to be chosen from. Is it not controversial for the aspirant that subjects completely different in nature are slotted together? Why can one not opt for Economics subject along with International Relations?

Having a stirring eye over 2019 reforms is somewhat very essential. The PTI-led government of Imran Khan has been working on bureaucratic reforms since he became Prime Minister of Pakistan. He drafted a Task Force under the command of Dr Ishrat Hussain to create a roadmap to CSS reforms. After some months’ decision, the concept of specialised bureaucracy was formed out in which specific field-related aspirants would be provided relatively same position in accordance with his/her degree. For suppose, if an aspirant is an Accounting and Finance degree holder, he would be given only Auditing groups. A candidate with the degree of International Relations would be considered to fit in Foreign Services of Pakistan (FSP) Group while Criminology is for Police Services of Pakistan (PSP) and so on. These above-mentioned top groups have created a controversy among aspirants. Some argue that how is an IR student not fit for PSP or PAS? Why would only criminology qualify for PSP? Are we sure that a criminologist is always fit for PSP? I suppose, no, not always. If this is the matter at the helm of affairs, how are current PSPs taking Herculean efforts and getting much appreciation for their outstanding performance.

The Four Cluster System is about to be reformed in the civil service. In the system, there would be a screening test, specialised based recruitment, psychometric evaluation and final interview. It is claimed that all such stages would be transparent, merit and result-oriented.

The reforms of 2019 are yet not officially implemented. If it is implemented suddenly in reality, this would create a pressure on aspirants. It must be adopted gradually so that the aspirants set their mind to choose required degrees for CSS. Let’s see the game now, where it leads the aspirants.

Undeniably, Imran Khan is in favour of restructuring and reforming civil service of Pakistan, which is one of the most superior institutes of the country. However, the Task Force is working on the cluster system. But the controversial method for the aspirants should be considered as an important factor. PSP and PAS groups must be kept under general degree holders while Finance and Accounting groups for Economics and Business Administration holders. This is the demand of thousands of aspirants. Otherwise, the very sudden specialised bureaucratic reforms may cause depression in aspirants, which might result int a feeling of deep sorrow and chaos.

The writer is a regular columnist.