Iranians use tanker seizure to drive wedge between US, UK 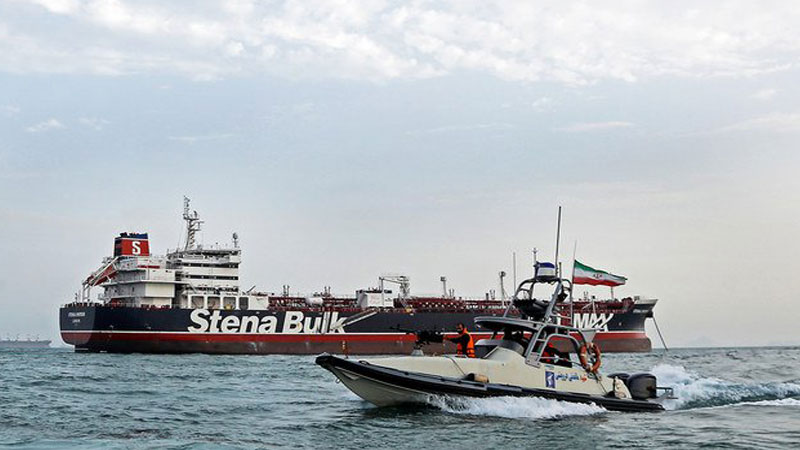 JEDDAH: Iran tried on Sunday to drive a diplomatic wedge between the US and the UK amid escalating tension after Islamic Revolutionary Guard Corps forces seized a British-flagged tanker in the Gulf and forced it into an Iranian port.

Iranian Foreign Minister Mohammad Javad Zarif accused US National Security Adviser John Bolton of trying to enlist British support for the US campaign against Iran. “Having failed to lure Donald Trump into the War of the Century, he is turning his venom against the UK in hopes of dragging it into a quagmire,” Zarif said.

Saudi Minister of State for Foreign Affairs Adel Al-Jubeir said any attack on the freedom of navigation was a violation of international law. “Iran must realize that its acts of intercepting ships, including most recently the British ship, are completely unacceptable. The world community must take action to deter such behavior,” he said.

Iran must realize that its acts of intercepting ships, including most recently the British ship, are completely unacceptable.

British ministers said they were considering their options in response to the seizure on Friday of the tanker Stena Impero with 23 crew on board. A statement to Parliament is expected on Monday.

“We are going to be looking at a series of options,” junior Defense Minister Tobias Ellwood said. “We will be speaking with our colleagues, our international allies, to see what can actually be done.”

Analysts said a military response was unlikely, but possible diplomatic and economic measures include freezing Iranian assets. Britain may also push for UN and EU sanctions to be reimposed on Iran, as the US has already done.

“We rant and rave and we shout at the ambassador and we hope it all goes away,” he said.

“If the Americans are going to continue to enforce their embargo, there’s no incentive for the Iranians not to take more tankers. What have they got to lose?”

Meanwhile, Iran thanked Saudi Arabia on Sunday for the return of an Iranian ship docked at Jeddah port since May because of technical problems.

Britain’s May to chair emergency session on seized tanker

British Prime Minister Theresa May will chair an emergency security session to discuss how to respond to Iran’s seizure of a British-flagged tanker in the Strait of Hormuz.
The meeting of security ministers and officials on Monday will discuss how to secure shipping in the sensitive region, which is vital to the world’s oil supply.
Foreign Secretary Jeremy Hunt is also expected to brief Parliament on the Friday seizure of the Stena Impero tanker, now in a heavily guarded Iranian port.