When James Carville framed this phrase for Bill Clinton’s 1992 presidential campaign, he may not have had any idea about how significant its impact would be. The phrase is now used by political pundits across the world when they discuss political activity. It is truly a universal phrase; regardless of where you are, the economy is always going to outweigh other considerations when people go out to vote. In the developing world where poverty rates are much higher, the economy becomes even more important. After all, if you do not have food on the table, you do not care about voting or about who is ruling.

In the case of Pakistan, this phrase may never have been truer. The dollar has risen to unprecedented heights, inflation is nearing double figures (Shahzad, 2019) and growth is projected to slow down to its lowest level in 10 years. The IMF loan will only add to the problems facing the economy as new austerity measures kick in. The new proposed tax regime has also been met with criticism from across several, if not all industries.

Perhaps all of the aforementioned issues are because of the previous government as the Prime Minister claims. Members of his party do not miss a chance to reinforce this time and time again. It seems strange that people who have been part of the ruling classes for the past twenty years feel no hesitation in questioning past governments now that they are part of the ruling party. But we shall not go into details of that for the purpose of this article. 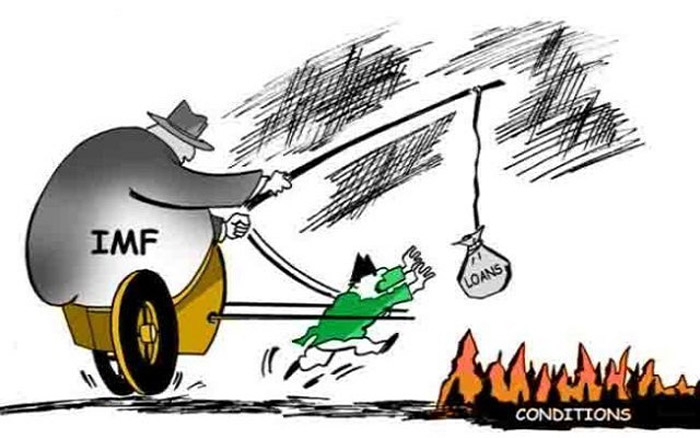 Accountability is the mantra of the day. The ruling PTI’s obsession with accountability has been a long standing one. In 2013 too, the party almost succeeded in convincing the country to vote for it. In 2018, their message seemed to have worked and they came into power. Now that they are here, and have been for the past ten months, it is imperative that we consider what their game plan is.

Is Imran Khan still hopeful that the past leaders will return the hundreds of billions that he claims they have stolen from the economy? Does the Prime Minister think that the economy will be stabilized once these people return the ill-gotten wealth they are said to have amassed? Does he indeed believe that corruption in government departments has been eliminated since the PTI has come into power? Throughout his campaign, Imran Khan repeatedly claimed that if the leader on top is not corrupt, corruption in the lower ranks is also eliminated. It would serve him well to experience the process of going through a government department as a common man. Ten months into forming the government should be ample time for the PM to show results on this front.

The IMF loan will only add to the problems facing the economy as new austerity measures kick in. The new proposed tax regime has also been met with criticism from across several, if not all industries

If we look at examples from history, we find instances of leaders being charged and indicted for corruption around the world. The problem of course plagues developing countries more severely, with most leaders from Asia, Africa and Latin America having been indicted for corruption. Despite their indictments and subsequent convictions, their countries seem to not have seen any significant returns. The international financial system is structured in a way that makes returning this wealth a cumbersome and often impossible task.

Take the example of the late President of Indonesia Mohamed Suharto. In the 31 years of his dictatorial regime, Suharto was accused of having embezzled an amount between 15 to 35 billion dollars from State funds. Suharto gave up power in 1997 and passed away in 2007. Out of the billions he is accused of having embezzled, the Government of Indonesia has managed to recover roughly 350 million dollars. And these funds have been returned several years after Suharto’s reign ended. The Indonesian government is still engaged in litigation for the return of other funds said to have been embezzled by the former dictator. Other similar cases include Mobuto SeseSeko, former President of Zaire, Slobodan Milosevic, former President of Serbia and Arnoldo Aleman, former President of Nicaragua. Litigation into recovery of the funds stolen by these leaders is going on and, in some cases, has been going on for the past 20 years.(Sandbrook, 2016)

Now consider this in the scenario of Pakistan which has a much smaller economy (so the total kitty to embezzle from automatically becomes smaller). Provided the PM is able to accurately calculate the amount of corruption that past leaders are said to have carried out. The Pakistani government would still have to carry out the logistically nightmarish task of actually launching litigation to gain these funds back. Considering the international financial order, we can still expect the process of repatriation of these funds to take a significant amount of time.

Places like Switzerland and the Cayman Islands are attractive destinations for keeping funds precisely because they have strict banking rules preventing deep scrutiny from outsiders. The countries these banks are based in also have policies to support their private banks as they are a source of revenue generation for the state. The reputation these banks have built are protected fiercely by the banks as well as by the State. We can therefore expect repatriation of the funds “stolen” from the State to take a considerable amount of time.

In a situation like this, the Prime Minister’s obsession with getting returns from past corrupt leaders is strange. While it made for good optics during the election season, the message has gotten old. Committee after committee is being formed to investigate corruption. The recent high-powered enquiry commission set up to examine how Pakistan’s debt went up is an example of one such committee. The committee has received considerable criticism for being similar to a Panama like JIT, with its focus more on political victimization than on actual accountability. The make-up of the committee which includes several members from Law Enforcement Agencies lends credence to the opposition’s claim that the actual aim is victimization. No economist / financial expert has been made part of the committee which will further hamper its effectiveness.

Accountability is good. Corruption is a vice that needs to be dealt with. However, introspection into mismanagement is also needed. The country cannot move forward when the government seems to be fixated on things that are not in its jurisdiction. At the end of the day, it is the economy that is going to matter. Four years from now, people who do not have food on the table will not care about how many leaders are in jail; they will care about what the government has done for their livelihood.